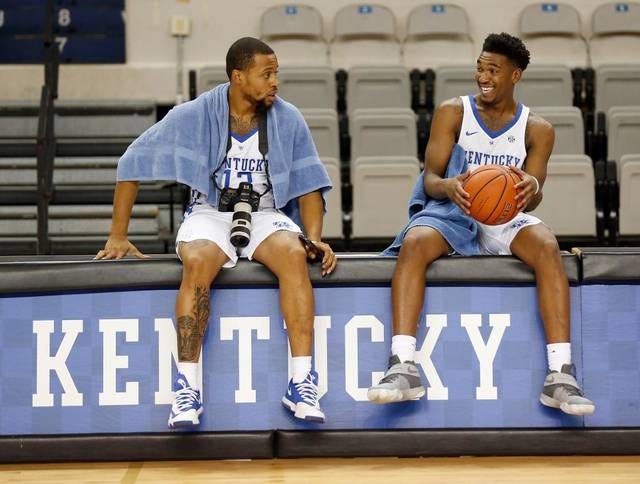 The SEC will continue to be what it has been the last couple of years. A league dominated by Kentucky with a couple decent teams and then a bunch of question marks. This year it’s quite the same. UK is a top-7 team in the country while teams like Florida, South Carolina and Texas A&M have been in and out of the top-25. After that it’s a complete crapshoot if someone else like Arkansas or Georgia can make a run and get in the NCAA Tournament or if Tennessee can continue to be competitive.

There is talent coming into this league though. Teams like Alabama and Auburn are getting top-10/20 recruiting classes. Five-star guys are deciding to go to schools not named Kentucky. But, it’s a process. It’s not going to happen overnight, but at least there’s starting to be more talent in the league. It’s still the sixth best league out of the Power 6 conferences, but it will be an interesting conference to follow to see if they can get 5 teams in the NCAA Tournament.

The Wildcats are by far the best team in the conference, but we’ve seen them lose some SEC games over the last couple of years that they probably shouldn’t. Teams like Tennessee, Arkansas and Georgia tend to give them fits on the road. Teams will run junk zones and slow Kentucky down like we saw Louisville do for most of the game last week, so the bigger question is how does Kentucky react to that? Are they able to find another shooter i.e. Mychal Mulder? Can Fox become more consistent with shooting the ball? While the league isn’t deep, it will show a lot about this team if they can dominate the league.

To me it’s between Texas A&M and Florida, but I’ll give the edge to Florida. Until Texas A&M gets a better fit and can move DJ Hogg to his regular position, the Aggies just look a little off. Sure, they have more NBA talent on their roster, but I like what Mike White has done at Florida. Kasey Hill is finally starting to look like a legit point guard after struggling for three years while Devin Robinson is making a push to be an All-SEC player. This team can defend as they rank 13th in the country in AdjD, but need to do a better job of cleaning up the glass as they rank 264th in giving up offensive rebounds.

Heading into conference play last year, South Carolina looked the part of a NCAA Tournament team. They were undefeated with wins over Memphis, Clemson, Tulsa and Hofstra. They started conference play 2-0 before finishing 11-7 in conference play. They then lost in the first round of the SEC Tournament to Georgia and ultimately missed the NCAA Tournament. This year they enter with just two losses and wins over Monmouth, Michigan, Syracuse and Vermont. They need to get to 12 wins in the conference and avoid the bad losses. This is too talented of a team to miss the NCAA Tournament this year. The key will be if/when Sindarius Thornwell (the second best player on the team) returns from an indefinite suspension.

I like Mark Fox. He’s a good guy and a pretty good coach. But, he has one of the best 1-2 punches in Yante Maten and JJ Frazier and still may miss the NCAA Tournament again. If that happens does Fox get fired? Can these two be enough to get Georgia in the NCAA Tournament? They are 8-4 without a quality win and with a loss to Oakland, so the nonconference wasn’t kind to them. But, let’s say they get 12-13 wins in the SEC, they should be able to sneak in. For my money, Georgia is the most intriguing team in the SEC after Kentucky.

Look, in no way shape or form should Johnny Jones still have a job. He missed the NCAA Tournament with Ben Simmons. He didn’t win a NCAA Tournament game with Jordan Mickey and Jarrell Martin. He’s not a good coach. He should be an assistant and a lead recruiter somewhere. LSU currently stinks. In fact they are worse than that. In the immortal words of KFC, they STINK. Part of me wants him to still have a job at LSU next year because it never gets old making fun of him.