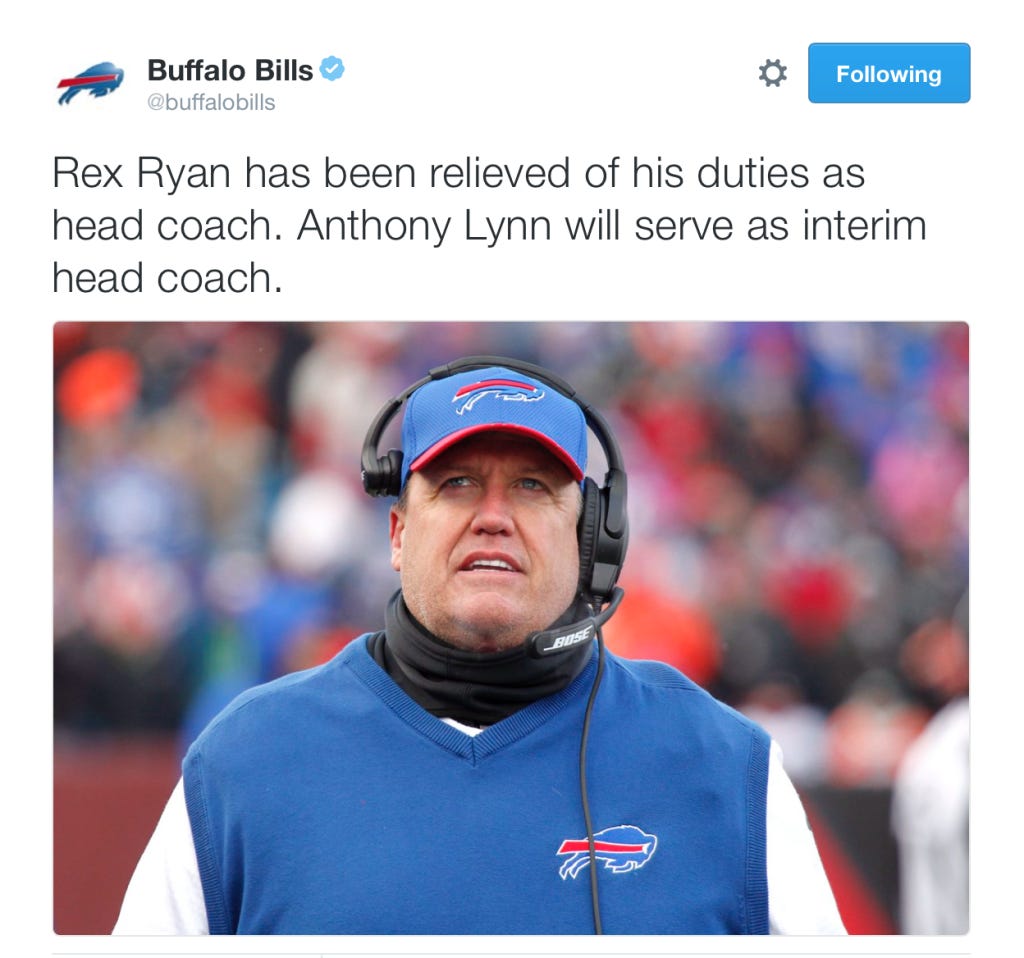 All my heroes are dead. First they took Fisher, then Diaco, now the Ryan brothers. A tough couple of weeks for guys who love Football guys. Football guy’s guys. I think we all knew it was never going to work in Buffalo. It was too perfect. Rex and Rob, the fat wild boyz in the Buffalo wing capital of the world, bringing a franchise its first playoff appearance in over a decade. Hollywood executives throw that script out because it’s too sappy, and it was. So now we’re left with a giant hole in the universe. No Rex, no Rob. The NFL is not the same without the Ryan Brothers in the mix, we can all agree on that, and starting now it is an unfortunate reality. All my heroes are dead.

The candle that burns twice as bright burns half as long.