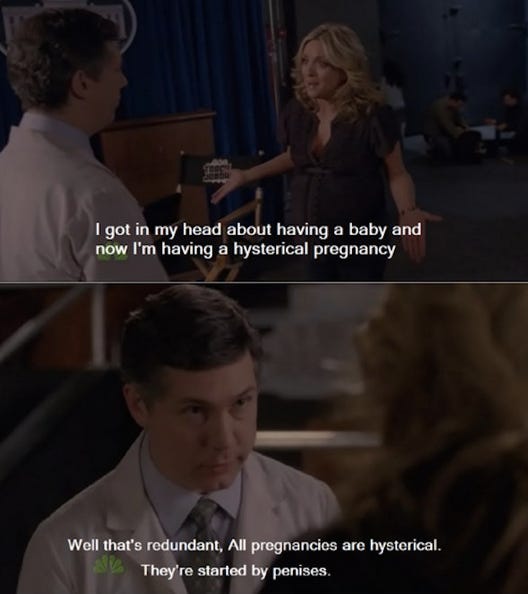 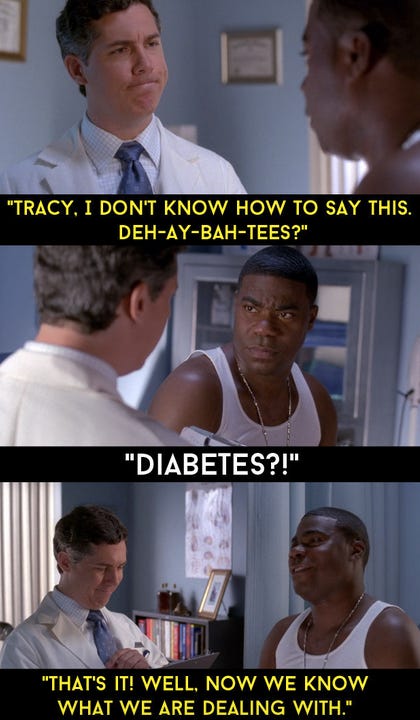 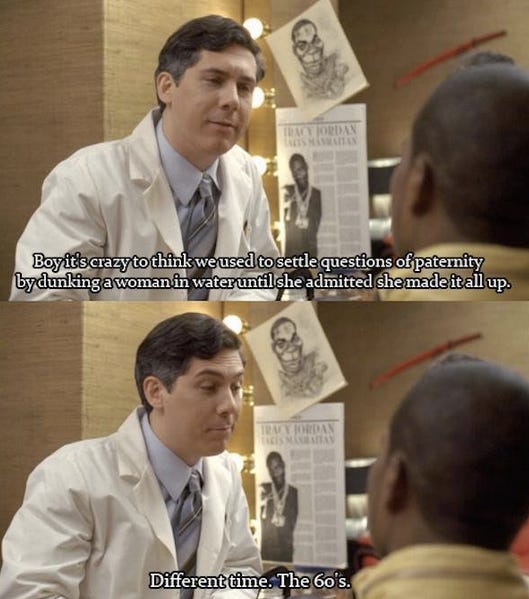 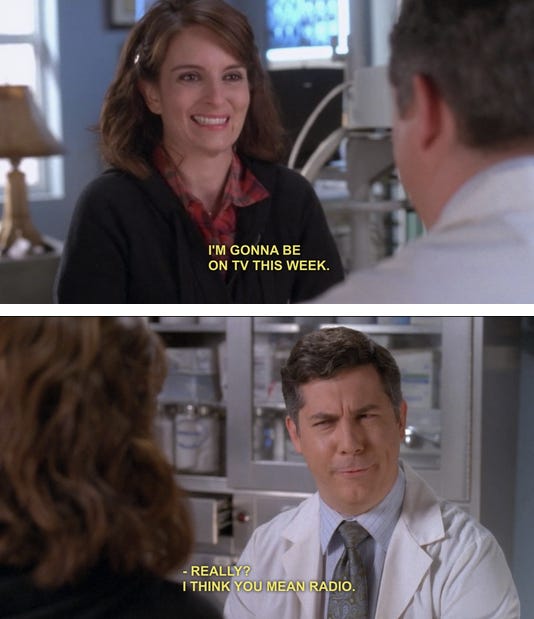 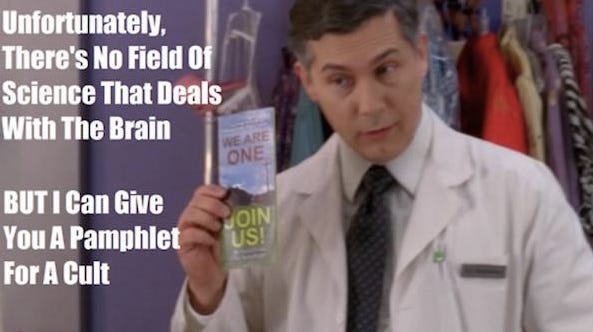 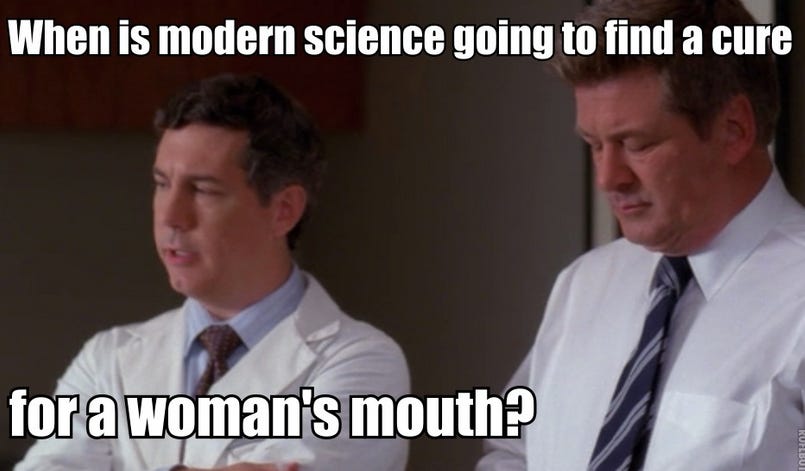 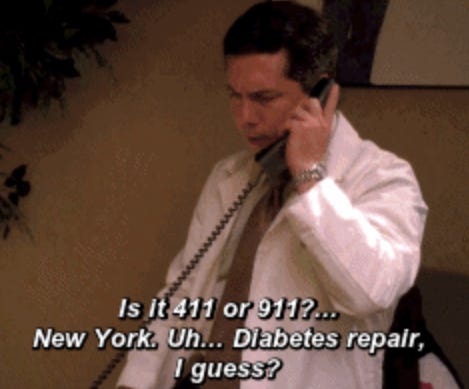 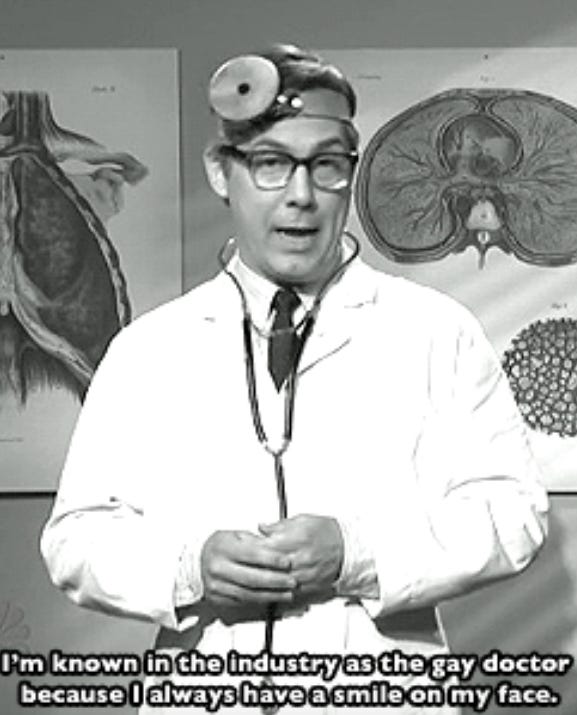 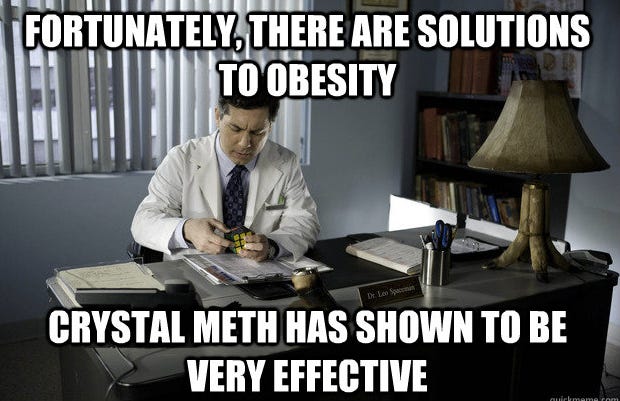 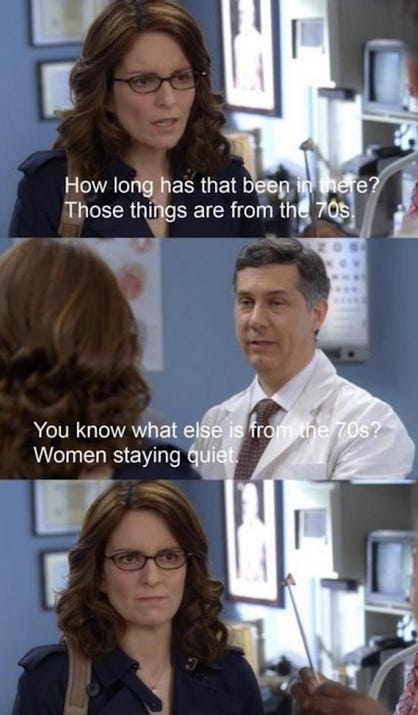 As you’ve probably (hopefully) noticed, we’re on something of a hiatus this week. Everyone is busy at home, sleeping in late, and being bored but that’s better than work. I’m doing things like going to the living room with my laptop and continuing to watch Netflix there, rather than in my bed, just so I can feel like I did something productive that day. Up and down a flight of stairs is nothing to shake a stick at, if you ask me.

Nonetheless, I’ve spent a vast majority of that Netflix time watching 30 Rock. Sure, there are movies I want to see but I’m not sure if I’ll like those. I know I like 30 Rock, Parks and Rec, and The Office so it’s safer to just re-watch those for the 100th time. Never put yourself out there because you might get hurt, that’s what I always say. And due to all that 30 Rock watching I’ve realized it’s finally time for me to write my Dr. Spaceman appreciation blog.

He is WITHOUT A DOUBT the most underrated bit character in history. It’s fitting, seeing as 30 Rock is one of the most underrated shows in history, that their bit guy would suffer the same fate, but every scene Spaceman is in is laugh out loud funny. The lines are perfect and Parnell delivers them flawlessly. Dr. Spaceman is so disrespected that there really isn’t even a “Best of” YouTube for him. Everyone who’s ever been on TV has a “best of” playlist, even commercial actors, not Spaceman though. There are a handful of clips, but it doesn’t even come close to touching on what he brought to 30 Rock.

I wouldn’t just put him on the same level as some of the great bit characters in TV comedy history, I’d put him at the top. Newman, Creed, Jean Ralphio, Janitor from Scrubs, and The Lawyer from Sunny are all some of the greats but Dr. Spaceman is just better. Spin-off talk may be a bit strong for a character as rare as him but I would pay a premium subscription for an internet mini-series that was solely Dr. Spaceman interacting with patients, and that’s the nicest thing you can say about a bit guy. It’d be like House but the exact opposite.