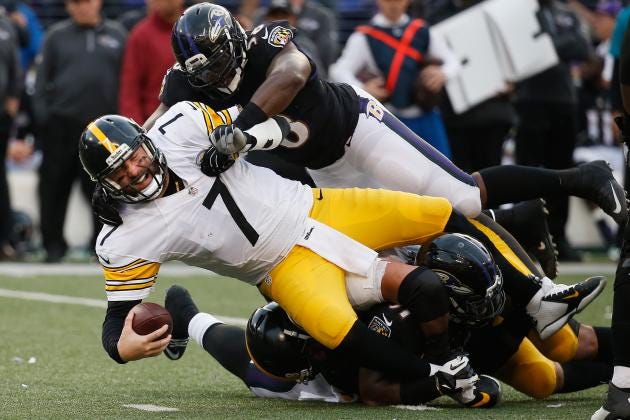 Well. It’s finally here. The game we’ve long awaited. As soon as the Bengals fell out of the race, this game got circled 3 times over. It was obvious that Ravens-Steelers on Christmas Day was going to decide the AFC North and the day has come. Do I feel confident going into this game? Surprisingly, yes. Everything on paper says that this defense is extremely vulnerable without Jimmy Smith, and the weapons the Steelers bring to the table are well documented. But you know what they say about rivalry games. Throw out the book because it’s gonna be a bloodbath. The Ravens have been the team on the right side of those bloodbaths against Pittsburgh more times than not recently. 9 out of 12 is pretty dominant in the scheme of this rivalry. Hell, they even won last year with Ryan Mallett under center. So crazier things have happened. Why wouldn’t I be confident? Plus with the Dolphins stealing a win yesterday, the Ravens have no choice but to win this football game. Lose and the season’s over. Win and all you gotta do is beat a shorthanded Bengals team to win the division. Simple as that. If it was ever going to happen for this football team, they were gonna have to earn it. Now they have the opportunity. Let’s fucking do it boys. This is it. Don’t be scared now.