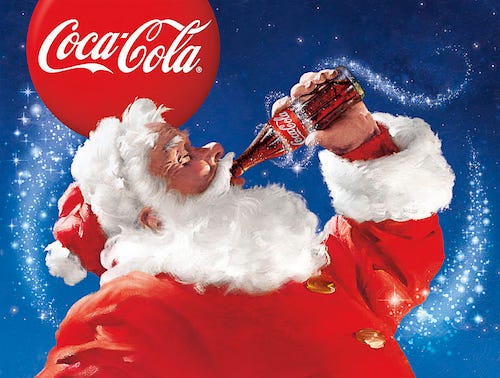 Unlike the annual Thanksgiving turkey, Christmas dinners vary from family to family.  Some people go with a traditional ham, turkey, or pasta, while others will do an extreme seven-course meal that could end hunger in Africa.  However, the desserts and drinks of Christmas are pretty much etched in stone.  So with less than a week until we gorge ourselves with an ungodly amount of food in the name of Jesus Christ, here are my awards for the best and worst Christmas desserts and drinks.

The originator, none greater.  Candy canes are the classiest holiday food in the world.  They are sophisticated enough to hang on your Christmas tree, but still are an A+ in the flavor department.  And just like a Reeses, there is no wrong way to eat a candy cane.

Once you are done devouring these Christmas miracles, you don’t have to brush your teeth for the rest of the day.  That’s an old Christmas trick.  The fatal flaw of these classics however is the packaging.  You have to either break the cane and get candy shrapnel everywhere or gnaw at it like some New York City rat.  But other than that, they are the perfect holiday candy.

We have all read ‘Twas The Night Before Christmas and wondered what the fuck a sugar plum was.  Well according to Wikipedia, they are a candy made of dried fruit (usually figs, prunes, or apricots).  Do I really need to go on?  No normal person eats any of those fruits unless the Hershey highway is backed up.

Hershey Kisses are a Hall of Fame candy, everybody knows that.  However, the best thing they bring to the holiday season is the commercial below.  You know it is almost Christmas the first time you see this commercial, which gives me butterflies in my stomach every time it is played.

I never had Candy Cane Milanos until this week and they were off the charts good.  This is how you combine chocolate and mint.  Candy Cane Milanos come right into Thin Mints kitchen, punch him in the mouth, and make sweet love to his wife as he watches in a concussed state.  Was this award given out just so I could shit on Thin Mints again?  Yes.  Yes it was.

Is caramel corn a dessert or a snack is the original “chicken or the egg?” question.  I think it is a hybrid.  Before kettle corn blew up in the food game, caramel corn was a snack without any peers, similar to Babe Ruth’s stats in the 20s.  Don’t get me wrong, caramel corn is still the king.  But it has a ton of competition now.

Also, if we are ranking the flavors in the traditional popcorn tin, it has to be:

1. Caramel popcorn: Easily the best flavor in the container.  And as you can see in the picture above, it usually takes up the most real estate in the tin.  If you get a tin that isn’t loaded with caramel corn, you got played.

2. Cheddar popcorn: Cheese popcorn comes in a close 2nd, but something about the cheese makes the popcorn go stale very quick.

3. Butter popcorn: This has absolutely nothing to do with butter popcorn being plain.  Butter popcorn is tremendous.  But these popcorn companies focus so hard on pulling off the caramel and cheese flavors, they completely short the quality of the butter popcorn in these tins.  And it is a God damn tragedy.

Worst Christmas Flavor Being Pushed On Us: Gingerbread

Gingerbread is basically a graham cracker with a terrible aftertaste.  Gingerbread houses are great in theory, but who wants to eat stale candy and icing along with shitty ass gingerbread?  And have you actually ever seen a good gingerbread house other than Big Cat’s?  Little kids just waste a ton of perfectly good icing and candy with poor architecture and an utter lack of imagination.  And now candy companies like Twix, M&Ms, and Peeps are coming out with special gingerbread flavored candy.  Gingerbread is to winter as pumpkin spice is to fall.  Which means it sucks and is overrated.

Take a long look at that picture.  Cake is supposed to remind you of happiness and sweetness, not your shit after eating a bunch of corn.  And have you ever had fruit cake?  It tastes like a God damn nightmare.  Fruit cake for dessert is reason 482,502,481 why it sucked being alive before the 1980s (which is when I feel fruit cake ruled the Christmas dessert table).

Simply put, any bottle of Coca Cola that has Santa’s face on it is the best drink in the world.  Until proven otherwise, I am going to believe that the good people at Coca Cola load up every bottle of Santa Coke with extra sugar to celebrate the holiday season.  God Bless those diabetes slingin’ geniuses.

Nothing, and I mean nothing made you feel more like a grown up despite sitting at the kid’s table more than Martinelli’s Sparkling Cider.  That bottle and label is fancier than 90% of the champagnes of the world.  Was it a little depressing when your recovering alcoholic uncle had to partake in the cider drinking?  Sure.  But being allowed to drink this magical beverage out of fancy champagne glasses made it all worth it.

Tollhouse cookies, pizelles, rugelach, and all the other types of Christmas cookies are playing for 2nd place when it comes to Christmas cookies.  The saltiness of the peanut butter and the sweetness of the chocolate are the most lethal combo since Charles Barkley and Thunder Dan Majerle in NBA Jam.

Sesame seed Italian bread is probably the best bread in the world.  But when you shrink the bread down to the size of a cookie, add a pinch of sugar, and try to call it a cookie, you have then created the shittiest cookie ever.  Italians are the kings of great food, but this cookie was a cocky idea that just went way too far.

No joke, these are the best cookies ever created.  Other than Christmas presents and the unwritten rule allowing you to play “All I Want For Christmas Is You” for 25 days straight, White Fudge Oreos are the best part of the holiday season.