As America woke from our hangover-induced Sunday afternoon naps and night-sweats to watch the Masters slip away from Jordan Speith, we ended up being treated to one of the all-time great losses in spots history. America will soon forget Danny Willets improbable victory, because what Jordan Speith did was 100x more impressive in defeat.

As Jordan put the Green Jacket on Danny Willet, the first thing that popped to my head the stark contrast between how golfers act when they lose and how Cam Newton acts after the Superbowl. Apparently I wasn’t the only one thinking about this because right after the cermemony, golf & NFL fans took to twitter to compare Speith’s class to Cam Newtons boorishness with such force that “Cam Newton” was trending on twitter 20 mins after the Masters ended. And there is alot of merit to the argument that Newton could learn a lesson from Golfers about how to lose with humility. Cams basically modeled his game after golf anyways: he blames his teamates for bad drops, stares down balls rolling on the grass, and during the most important games he plays like he’s trying to end up with the lowest score posisble. But if we’re being honest, bringing out the old Cam takes after Speith’s gracious display of being a loser was amateur hour. If we’re going to be taking this as an opportunity to lecture atheletes about post-game behavior, we need to look at the only person in America who acts like more of a 3-year old than Cam Newton: Riley Curry.

Yep. Its that time of year again where Steph and Ayesha have to remind everyone that they completed sucessful intercourse 3 years ago by trotting out their little princess for the post-game wins. You may remember Riley from any number of Golden State Warriors press conferences. Maybe it was the one where she talked over all the reporter’s questions after the Warriors sent Houston packing, or the one where she acted like she’d rather be watching cartoons then addressing Matthew Delavedova’s lockdown defense after another huge victory. But all of her press confrences had one thing in common: they all came after wins because unlike Speith, she lacks the ability to lose with the same grace with which she wins.

Hate to break it to you, but Riley Curry is a sore loser who wouldnt last one second in a PGA lockeroom. Not one time has she ever faced the music after a playoff loss- opting instead to run home to her mommy instead of calming and humbly giving credit to her opponet. Riley is the epitome of the problem with milleanals children whose precious self-esteem should never be questioned, and its sending our nation down the tubes. She may have America by the heartstrings with her cute little human-victory cigar appearances but she’s got the emotional maturity of a backyard snail when it comes to being gracous in defeat. Sorry if this offends but its true.

Riley Currys absence after losses was probably even the inspiration for Newton’s Superbowl fiasco where he threw a tempter tanrum and acted like a petulant toddler. When the chips are down, I want old school guys like Speith not pre-school guys like Cam.

Fortunately for sports fans- golf is several generations ahead of the NBA & NFL when it comes to teaching sportsmanship. The Masters has too much tradition dating from Bobby Jones to Fuzzy Zoeller to ever allow a winner or runner up to turn the clubhouse into a bouncy air castle. Folks, you find out alot about someone’s character right after a meltdown- thats why they call it CherNoble, and Speith embodied that tradition in all its glory last night, showing that even in todays entitled age- you dont need a participaton trophy to make losing look cool.

So Milleneals take note: The only dabbing that crying Jordan was doing was silently drying his own tears. And although Speith didnt win a championship, he earned a title: Gentleman. 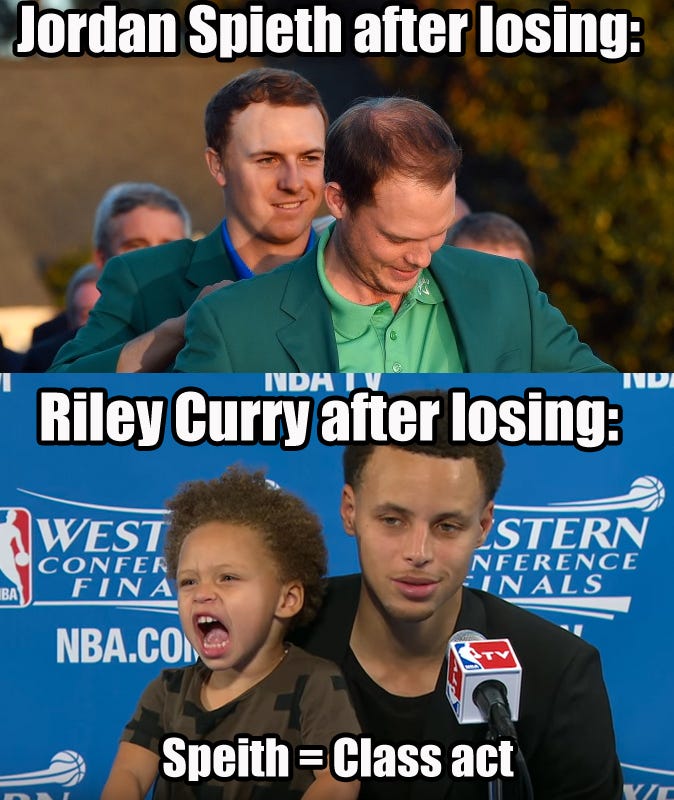 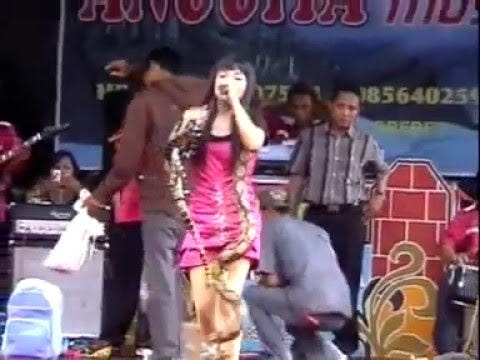 If I’ve said it once I’ve said it a thousand times- sports are so much better then music because there’s always the possiblity that someone might die. But Irma Bule showed us that the performing arts can be pretty rough too as she gutted out a live show for 45 minutes after being bit by the king cobra that she used as part of her singing act, while refusing medcal attention.

Heres the difference between Johnny Manziel and Irma Bule- Irma never let too many snakebites keep her from doing her job. Just wants it more. RIP.

1. Alot of people are going to give Riche Incognito crap about this tweet, but its the guys who arent out there openly hitting on your sisters that I would be truly worried about. If there not texting you about your sisters wolfpuss who knows all the other stuff they’re keeping to themselves:

2. Bill Mahr thinks that Bryce Harper is too arrogant which is just absolutely the most fire take Ive ever heard. Its like when Jimmy Carter criticizes Hillary Clinton for not standing up to Iran enough. Bill Mahr literally made a movie where he went into peoples churches and told them they were idiots for spending time beleving in God instead of watching 10 years of reruns of politically incorrect and hes calling a MVP arrogant. You talk about twisting the knife folks if Mahr wanted to prove that God didn’t exist he could of just showed everyone his birth certificate.

3. Per TMZ, Johnny Manzell claims to be living with Von Miller in Los Angeles in a effort for both of them to get their lives together. Good for Miller, who as reigning Superbowl MVP and realty television star has gone through his fair share of troubles these past couple years and needs all the help he can get from his former Aggie teammate. Sources have indicated that Denver might be interested in picking up Johnny Football in order to adress their QB position, and lets face it having Johnny and Sanchez on the same team would look more like a reboot of CHiPs where the cops only pull over blondes in student driver cars than a QB meeting room. Although given there history with letting White Broncos get away with things, I feel like Manziel Los Angeles should be a outstanding culture fit for him this offseason.

4. Folks were pretty upset last week when KFC declared that people from Phildelphia shouldn’t be allowed to feel joy when Villanova won, which surprised exactly no one on account of Philadelphians are possibly the maddest online city in America. Heres a power ranking of all the cities that get maddest at blogs for perceived slights:

5. Bruce Arians is the General Patton of the War on the War on Football. Over the weekend he was speaking to a group of High School coaches, which as far as Im concern is just a informal thing that naturally happens whenever Arians steps out of his house, he just manages to find a way to only hang out with High School football coaches.  Arians claims that moms are the ones who are keeping children away from playing football and if we want to ensure the future of the sport we need to convince moms that kids should be aloud to play. Reminds me of another leader who started a Arians youth program and had some success in the desert.

6. Now heres a fan that just gets it:

7.  A Washingtonian snuck into a five guys burger joint late night saturday and made himself a cheeseburger:

Hell folks, if there looking for someone who’s sneaking out to visit 5 guys in the middle of the night they might want to start by questioning my ex-wife.

8. DBrickashaw Ferguson is quitting the NFL after 10 seasons on the Jets which is 70 seasons in dog years. He finished his career with a exactly .500 record the same winning percentage as you or I, and he never missed a start. Couple things here- NFL players will tell you that if you play football theres a 100% rate of injury but Brick somehow never missed a start? Tells me he wasnt playing hard enough to get hurt in the first place or maybe there’s some fuzzy math going on. Other thing you notice is that he only missed one snap his whole career- but that snap was on a play where the Jets needed a last second depseration TD, so I guess he was only useful to them on plays where they weren’t trying to score.

9. Speaking of Von Miller, we’re learning that he might be gaining a unfair edge in his speed rushing from his farts propelling him forward like a jet engine around offensive tackles. At least thats what his partner on “Dancing With the Stars” has to say about it. Per the MMQB, Miller “just lets it rip, much to the disgust of his dance partner, Whitney Carson. The solution? He pays her $100 a fart, which she’s donating to the Skin Cancer Foundation.” Anyone who watched the Superbowl can tell you that Miller is not the type player who will run out of gas, and his cropdusting could explain why the Panthers OLine was getting pushed back like it was a dirt field, as well as Cams refusal to stick his nose down to ass level and recover that fumble.

10. Is Jordan Speith TOO religious? Golf is a mental game and alot of people forget that you won’t see any footprints in the sand if you keep your drives out of the bunker. Maybe if Speith didnt get all spiritual on us and panic on number 12 when he realized that his ball hadnt been Baptized yet he would be wearing a Green Jacket. Golf has always been a sport domnated by atheists who didnt give a hoot in hell that they were missing Church when it was time to close out tournaments on Sunday. It only took 3 days for Jesus to make it to heaven, but this is the Masters- not Valhalla.

Rough week for Cam as he was the subject of multiple news artcles declaring that he could learn a lesson from both Jordan Speith and the UNC mens basketball team in the span of 7 days. The irony of course is that if there’s anyone who doesn’t need any more lessons its a guy who spent more time on college campuses than the HPV virus, but if he’s going to be getting schooled in how to loose with class, he might as well get paid like he did when he was a War Eagle.

This weeks rating is: Whatever he made at Auburn 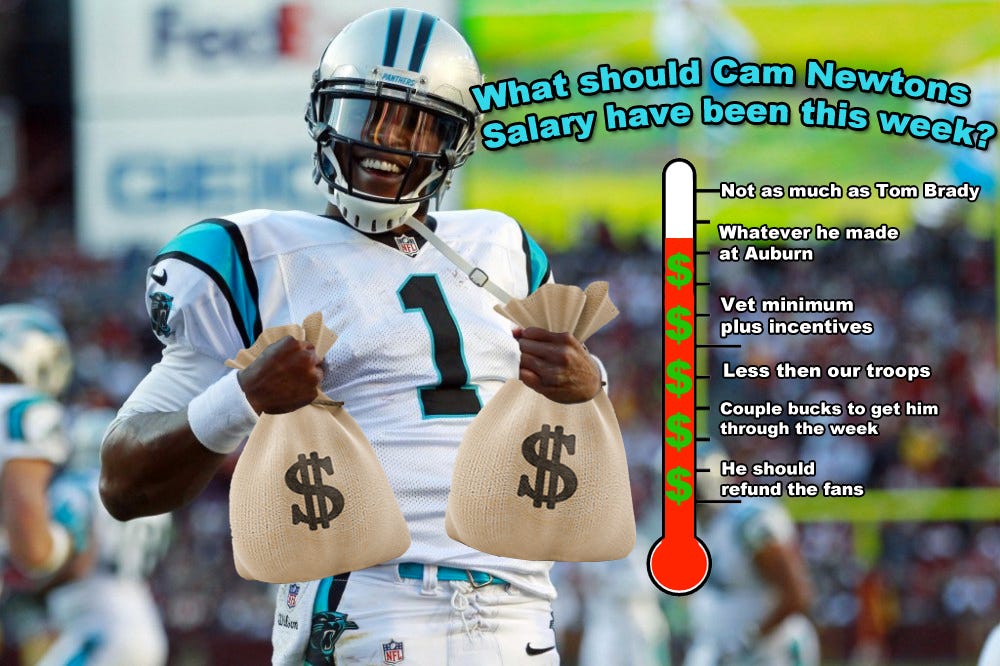 One other thing I learned from the whole Jordan Speith thing is that you only get Cams kind of dipsicable beahavior in football and basketball- never see anything that classless from MLB or hockey.

69 of the week: This hilarious White Sox& Blackhawks fan