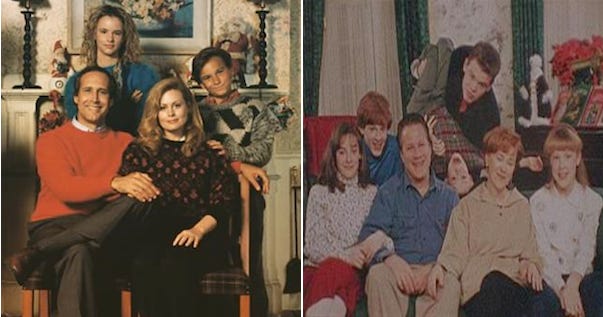 I’ve watched Christmas Vacation and Home Alone God knows how many times and I never once thought about comparing the families until today for some reason. There are a good amount of similarities since both are originally from the brain of John Hughes (RIP) and reside in the Chicago suburbs. So despite the fact it’s Christmas Eve, NFL Saturday, and I told my wife I’d be around to help out around the house today, I’ve decided to spend a good chunk of my morning writing a 1000+ word blog about which of these families would be a better family to be a part of.

Lets go to the tale of the tape: 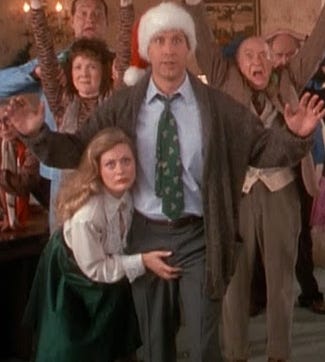 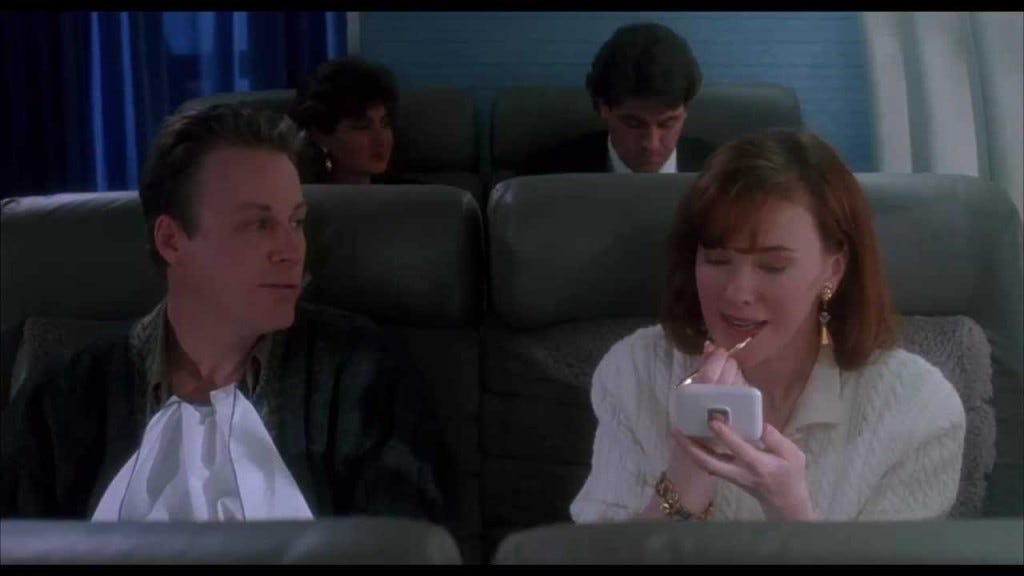 We don’t really learn all that much about the McCallister parents, but we do know that they lost their kid on Christmas TWICE and Kevin Clancy once called them the worst parents of all-time. When your 8-year-old wishes he never sees you or the rest of the family for the rest of his life, you’ve already failed as a parent. Plus the mom is kiiiind of a bitch to John Candy (biggest RIP of all) and there is no way I can forgive that. 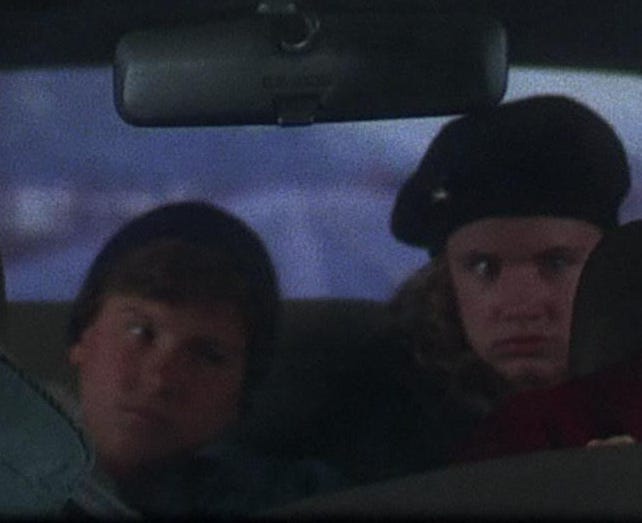 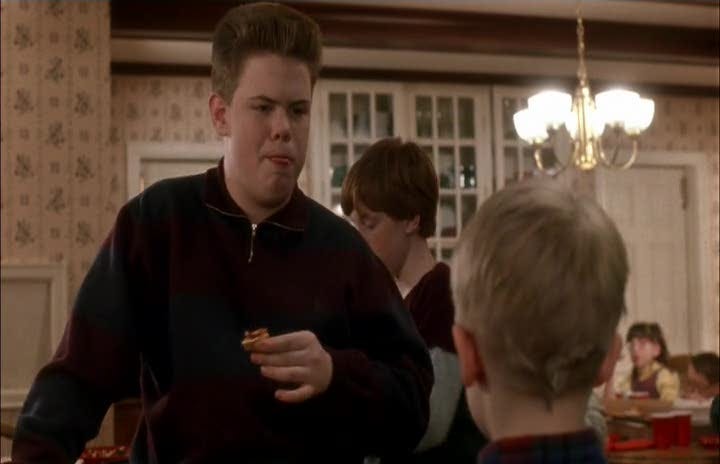 Since this is a comparison of Christmas movies, we are only using the kids from the Christmas Vacation version of the National Lampoon’s series. Audrey is definitely a huge bitch but Rusty seems cool and hasn’t completely given up hope on his dad. Then again, sleeping in the same bed as your sibling anytime after the age of like 5 is red flag city.

To be honest I’ve watched Home Alone a million times and I still get confused who is and isn’t a sibling of Kevin. But we know Buzz is and he is a HUUUUGE asshole, regardless of his recent appearance on KFC Radio. When you add in the Les Incompetant sister, Pete and Pete being a huge cocksucker, and Kevin McCallister being the most sinister movie character in history, you are basically signing your death wish becoming a member of this family. The only McCallister kid that seemingly has any redeemable qualities is the older smokeshow daughter and even she fucks up the head count. The McCallister family makes the Wilpon family look competent. But that’s not a surprise because shitty parents make shitty kids. 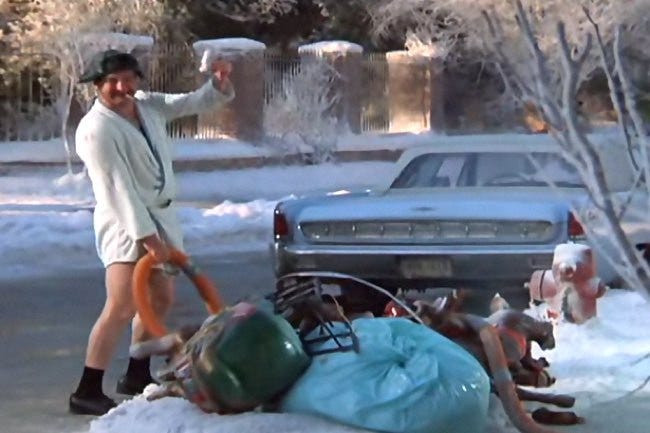 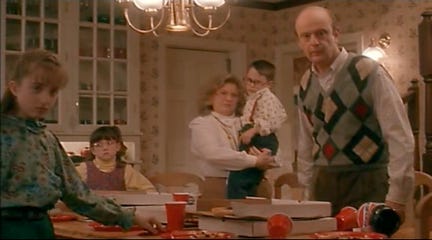 Now this is a collection of muppets that not even Jim Henson (yet again, RIP) would fuck with. On the Griswold side you have a few harmless grandparents that don’t really add or remove anything from the table. But that redhead grandma is the absolute PITS. When people in Hollywood write scripts for the stereotypical shitty mother-in-law, she is their inspiration. Then we have to add in Uncle Eddie and his crew of welfare wonders. They definitely ruin every single family function that Clark doesn’t ruin just by being poor and dirty. No real way to sugarcoat that. And while I love dogs, there is no chance in hell I’m going within a million miles of Snot. A man’s got to have a code.

And after all that, the McCallisters may have a worse bunch for two humongous reasons. First you have Fuller, who will keep hammering Pepsis and doling out golden showers like R. Kelly in his prime no matter how many times his parents warn that little piss boy.

Those two sick bastards were made for each other.

Advantage: Griswolds, partially because Aunt Bethany is an unintentional comedy factory, shitty presents be damned but mostly because Uncle Frank is Ebenezer Scrooge and the Grinch all rolled in one 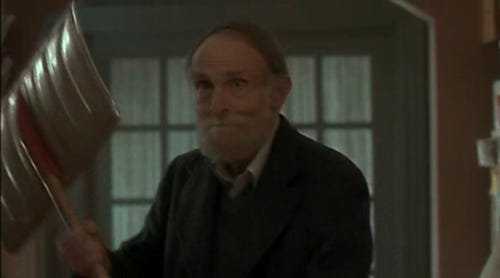 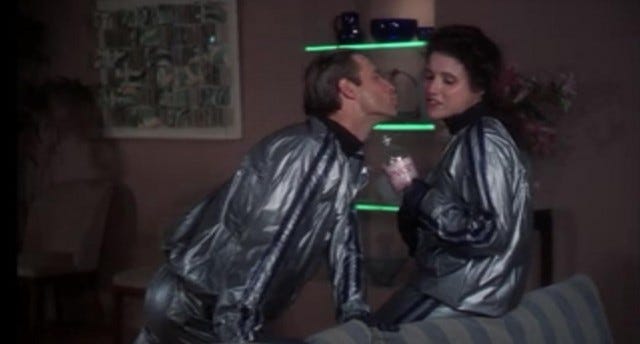 As sick and twisted as Old Man Marley is, I’d rather take my chances with a dude that chops people up and puts them in salt over fucking yuppies. Then again, if Margo is an ageless bahnsee like the real life Julia Louis-Dreyfuss, I could make an exception. 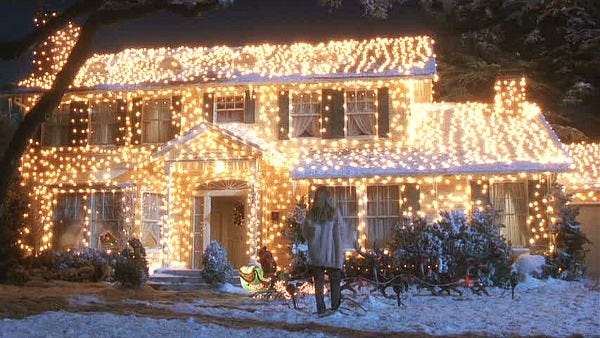 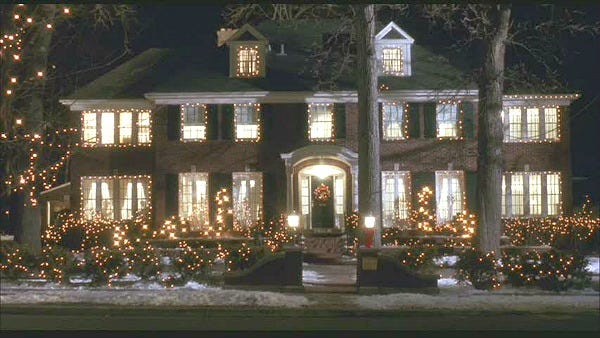 The Griswolds live a comfortable life. Nice colonial in the burbs with the means to pay the light bill for 25,000 lights on their house during the Christmas season. And while Clark is comfortable at his job, the fact his boss doesn’t even know his name tells me that Clark’s job probably didn’t survive the crash of 2008.

Meanwhile the McCallisters live in the cream of the crop. The pearl of the oyster. The silver motherfucking tuna. The Griswold attic is small relic full of forgotten memories and Christmas presents. The McCallister attic is another goddamn floor of the house. And like a shy girl that knows how to hide her giant boobs, I bet the McCallisters have more money then even they lead on. While Clark was praying to God that he got a Christmas bonus to pay for his pool, Papa McCallister was probably wiping his ass with 100s before going to the pool store and putting a down payment on a new pool with straight cash homie. They say money can’t buy happiness, but it sure as fuck doesn’t hurt.

So that is the tale of the tape. Are you going with the zany dad full of hijinks or the parents that may forget you are alive when going on vacation? Vacations where you take road trips in the car or fly to other countries/cities? Cousins of dirt poor weirdos or cousins of French people? Siblings with someone that has been compared to the guy from Saw or siblings with someone that has helped Big Bang stay on TV for years?