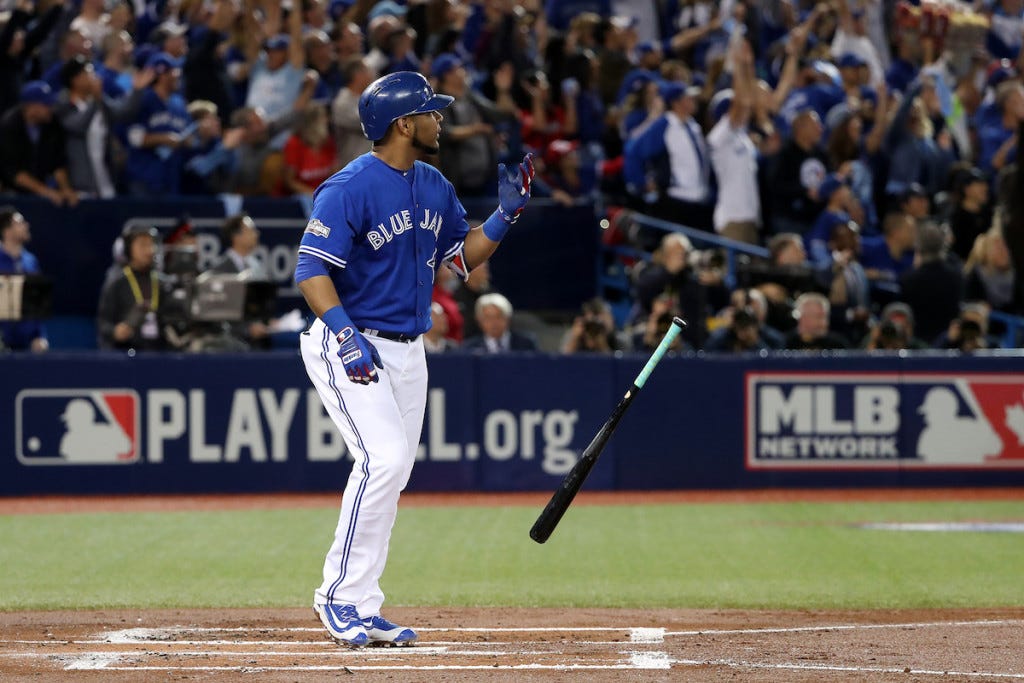 In case you missed it last night, Edwin Encarnacion is finally off the free agent market, signing a three-year deal with the Cleveland Indians worth $65 million with an option for a fourth year that could bring the total value of the contract to $80 million.

I love hot stove season, and the excitement and anticipation that comes along with wondering who’s going to sign where. But I also love the behind the scenes stuff that comes out after the dust has settled. You figure, one of the biggest names on the free agent market this winter, the negotiations are gonna be all serious and intense and shit. Picture a scene out of Boiler Room with two people screaming at each other on the phone, hanging up on each other, calling each other back, and multiple occasions of both sides calling each other a piece of shit cocksucker until they find a common ground to seal the deal. I guess it’s not really like that.

Here, you’ve got Encarnacion’s agent just casually having the time of his life at Six Flags, while Chris Antonetti, the president of the Indians, is taking in the Nutcracker with his family, and all while this is going on, they lock down the free agent deal of the winter. I kinda pictured a deal like this going down on a conference call with two sides in separate boardrooms somewhere, some sort of professional setting, but they’re just like us. It’s like when you’re out with the boys on a Saturday night, and you’re texting a girl who’s having a girls night, but you lock down an agreement to meet up at 2 AM to fuck in the backseat of car in a Five Guys parking lot later. Basically the same thing.