So this is what happens when our little Nate has a few Shirley Temples on a Tuesday night and decides to flex his Twitter muscles. The Little Guy takes a jab at the Philly fanbase, I fire a shot back, and he instantly, for some reason, makes a piss poor personal dig. Ho hum. Par for the gremlin course. How is Chase Utley getting a standing-O in Philly related to calling out my work? I’m not too sure, either. The Napoleon Complex is strong in this thing. I poke back because, hey, it’s all in good fun. We’re all part of the same team, right? 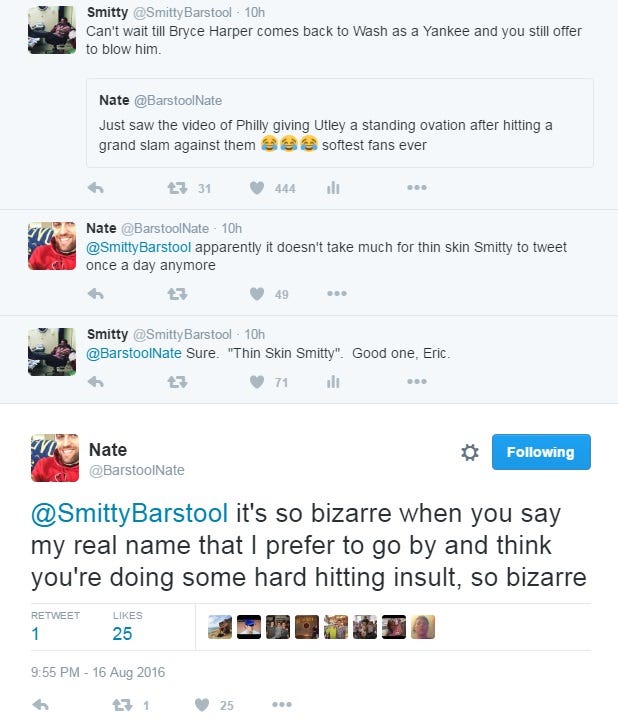 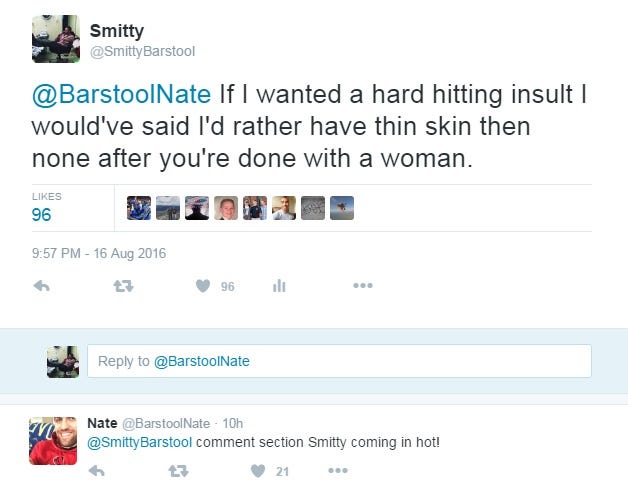 Then all of a sudden CEO Erika Nardini chimes in from the rafters: 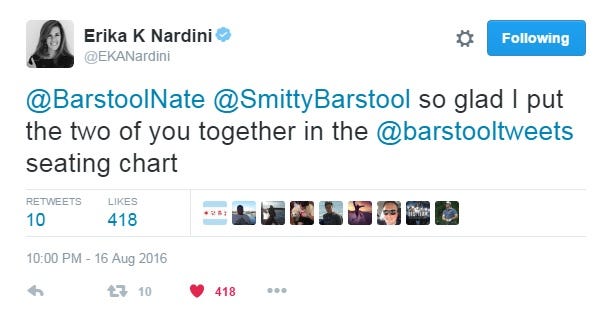 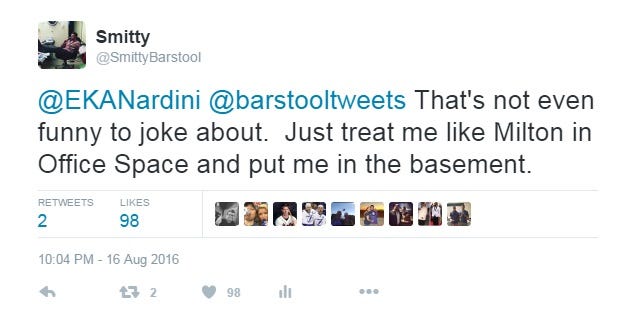 A perfect Tweet for the time by Mrs. Nardini. Totally acceptable and relevant. Annndddd then that’s when Nate, again, for some reason, decides to get super into it by calling me a lazy hack who writes fake blogs and is bad at his job…WITH THE CEO (mind you, who I’ve never met) TAGGED IN THE CONVERSATION. Talk about professionalism. So we go at it some more. 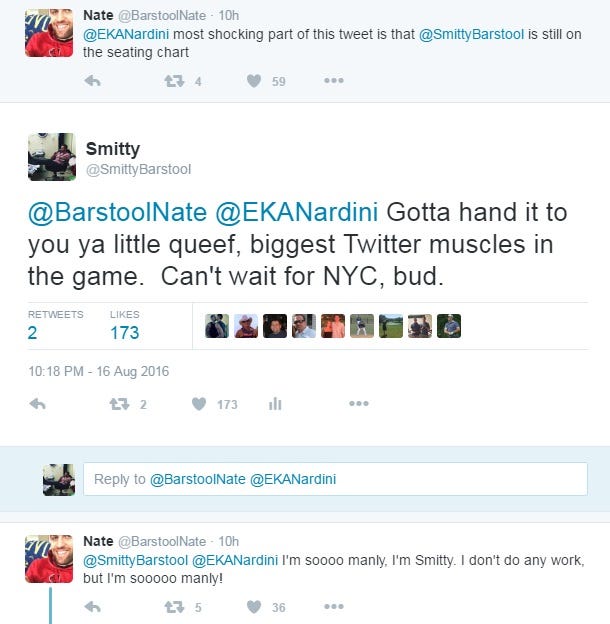 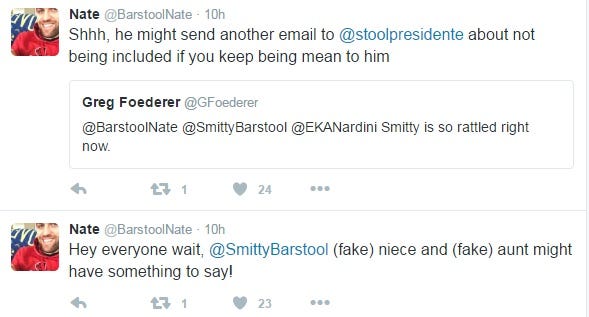 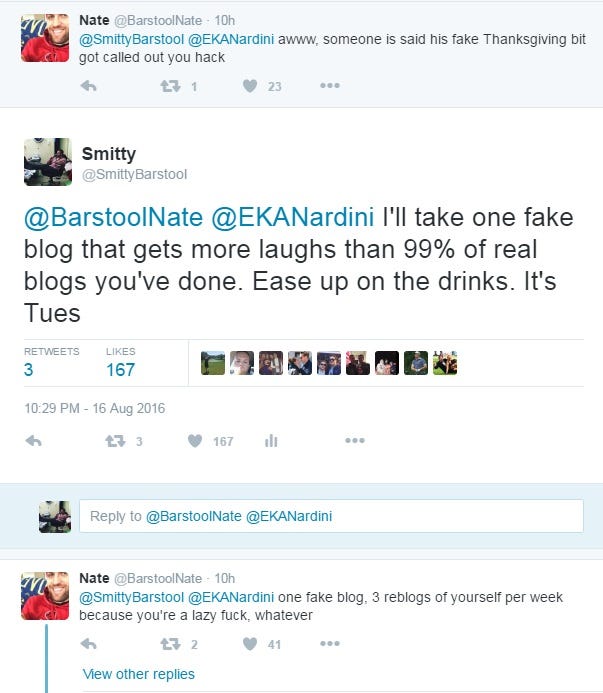 Still, after a little more back and forth I decide to take the higher road and call it a night. Annndddd that’s when my phone gets blown up within 20 mins because Nate At Night came back from cancellation to, FOR SOME REASON, make claims he works harder than I do:

I HATE that I’m put in a position where I’m even slightly forced to defend my job. I consider myself a bring your lunchpail to work kind of guy who does their thing and doesn’t need any recognition. The (few) people who actually read, listen, and watch my shit over the 5+ years at Barstool know I don’t have to defend anything. But here’s the thing, I’m like Billy Costigan from The Departed when it comes to my work. You accuse me once of being lackluster, I put up with it. You accuse me twice, I walk away. You pressure me to fear for my job by pulling this shit in front of the CEO and I will put a fucking (figurative) bullet in your head as if you were anyone else. Or I’ll just call up Rico Bosco. He knows a guy. For real though, I’ve been at the bottom. The only difference between me and a homeless man is this job. I will do whatever it takes to survive…like I did when I was a homeless man.

Look, I love Nate. No, not as a person or as a friend. More like how someone could love a gerbil. If it’s one on one beef on Twitter, online/phone, or like a man in real life, fine by me. Say whatever you want. I couldn’t give any less of a hoot. But maliciously attempting to skewer a co-worker FOR NO REASON in front of the CEO is some of the most petty pussy shit I’ve come across in a long time. But, hey, that’s Nate, I guess. Do you, kid. Do you.

And with that, I consider the matter put to rest from my end. The fact is Nate lost one of his only true allies in the office. Gonna love to see who’s going to step up and dog sit him in NYC when he gets liquored up on Grenadine and lashes out. Now I kind of regret not letting him off his leash in Philly: