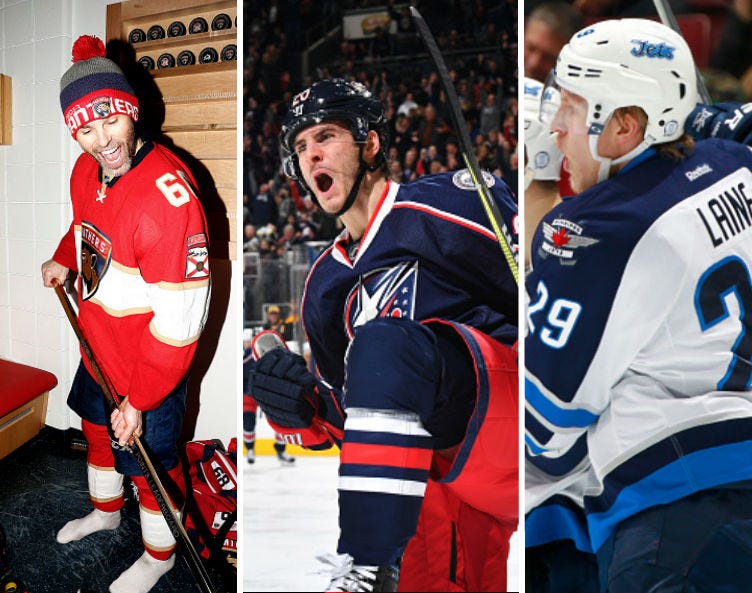 Jaromir Jagr tied Mark Messier for 2nd all-time in NHL points after his 3-assist night on Tuesday. We knew he’d get another point eventually to overtake Messier and have #2 all to himself, we just didn’t know the 44-year-old was gonna make it happen the next game. And in true Jags fashion, he accepted his honor the like the legend he is.

“I thought I was gonna score a goal or make a beautiful assist but… it hit my ass so…..”

It’s only fitting that Jaromir Jagr’s big, meaty ass was going to bring him career point number 1888. The ass that has been terrorizing the NHL for 25 years now. God I love this man. And it got me to thinking–we should probably get these beauties back in stock some time soon, shouldn’t we? 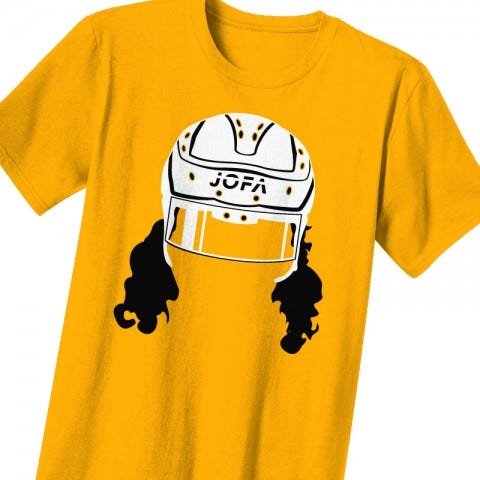 Maybe switch out the Bruins’ gold for Panthers’ red. Or even better, get the shirt to look like the Panthers jersey. Either way, Jaromir Jagr is a legend and legends get tshirts. Now he’s only 969 points away from Gretzky. Think Jagr has another 20 seasons left in the tank? 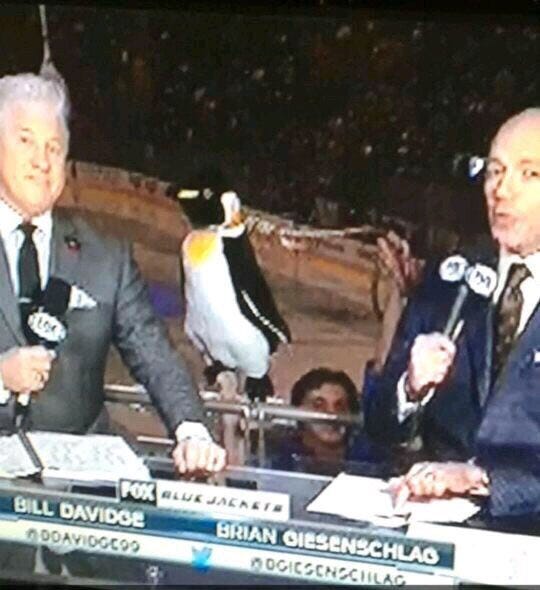 There’s really not much left I have to say about the Columbus Blue Jackets. If you want to read up on them, here’s my “Are People Paying Attention To The Columbus Blue Jackets Yet” post from November 30th. And here’s my post from Wednesday on their 10 game win streak. I’m sure plenty of people out there penciled their streak to end last night against Pittsburgh. Because no matter how well the Blue Jackets play, it’s still nearly impossible to not doubt them. But instead, the Blue Jackets went out against Crosby and the Penguins and kicked their ass 7-1. Yes, the same Penguins team that is currently 3rd in the NHL right now. The same Penguins with Crosby and Malkin and Kessel. The Blue Jackets scored 3 goals in 51 seconds last night to take over, Scott Hartnell had himself a hat trick, the Blue Jackets extended their win streak to 11 games. And then there’s this.

Games in hand…. Again, at some point you have to imagine the Blue Jackets will come back down to planet Earth. But there’s no doubt that this team is for real. Maybe not as good as they’ve been playing recently, but definitely better than anybody had them pegged for in the beginning of the season. They are a playoff team that is obviously streaky enough to steal a series. Definitely a team that can “make some noise”.

As for the other major streak in the NHL right now… 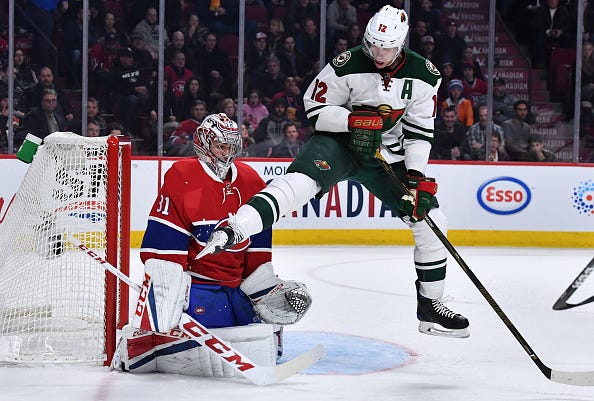 The biggest knock on the Wild’s 8-game win streak was that they haven’t exactly gone up against the best competition through their schedule recently. Don’t get me wrong, it’s hard enough to win 8 games in a row in this league regardless of who you’re playing against. But the Wild haven’t had the most demanding schedule of all time through those 8 games. Then they go up against Montreal in Montreal last night. On the road against one of the top teams in the east. And they find a way to keep the streak going. Again–you can read everything I had to say about their win streak from Wednesday right here. Everything I wrote then just has a little more certainty to it now when you read it today.

Yesterday I wrote a blog about Patrik Laine turning into one of the best villains in all of sports. A lot of people disagreed with me because they think Laine is too skilled to be a villain. It’s not my fault that you guys have small brains. Your definitions of a villain are all wrong. A villain has to be one of the most skilled guys out there because if he’s just a dirty player who sucks, well then he’s just a pest. James Bond doesn’t go after cat burglars, does he? Anyway, Laine continued terrorizing the league last night and this time it was against Vancouver. He was out there sniping corners because it’s what he does best.

If you’re a goalie and you see Patrik Laine coming down on you with that much free time and space, the only thing you can do there is pray. Ryan Miller was dead the moment the puck touched Laine’s stick. But it’s what happened a few moments before this goal that is going to make Laine public enemy no. 1 in Vancouver. When the 18-year-old decided to introduce himself to 36-year-old Henrik Sedin.

This is what makes the kid so perfect. Usually there’s an unwritten code which most rookies would abide by that tells you to not end Henrik Sedin’s life in this situation. Usually you’d have to earn the right to murder one of the most well-respected guys in the league like that. I bet nearly everybody in that arena looks at Henrik Sedin as a father figure, and Laine just fucked his shit up in front of all of them. But Laine doesn’t give a heck. Sedin had the puck on his stick and he was going to separate him from it. He’s not interested in making any friends in this league. He’s just looking to score goals and win hockey games. You’re gonna love to hate Patrik Laine. Just admit it.

Now here are a few fights from last night to carry you through your Friday. Have at it, boys. Time to put on the foil.