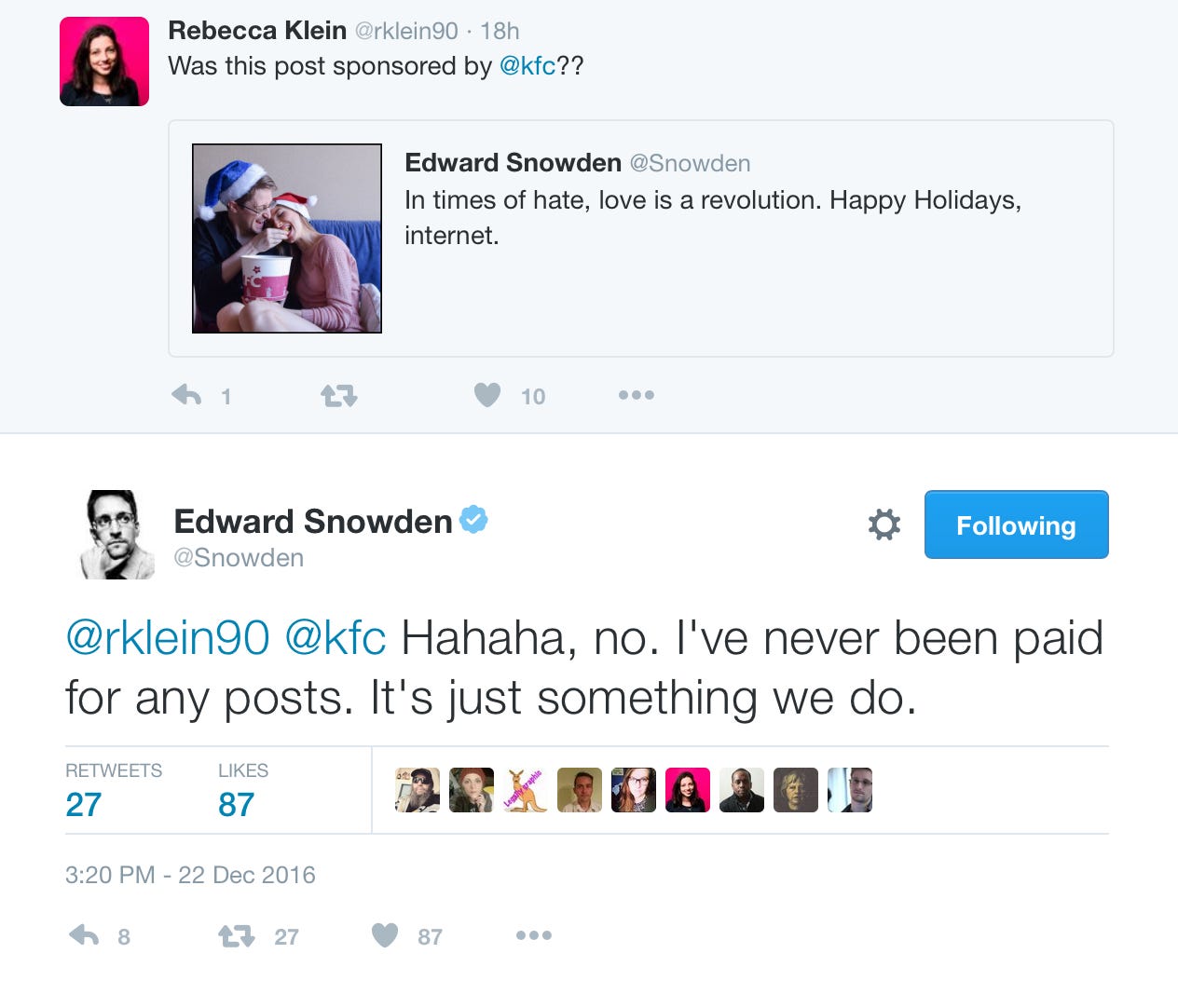 Ok Edward. You aren’t sponsored by KFC. It’s just something you do. Got it. *wink wink*

For real though, that is one of the weirdest pictures ever and I feel like it’s flying way too far under the radar. Him and that woman are posing exactly like how a couple would pose in a still frame ad for KFC. He’s feeding her. It’s romantic. He’s fake laughing a little too much. It’s got paid sponsorship written all over it. I mean what else does Snowden have going on over there in Russia (he’s still in Russia, yeah? I gotta be honest I don’t follow the Snowden shit very closely cause it hurts my tiny brain)? Might as well take some advertising money and live comfortably. 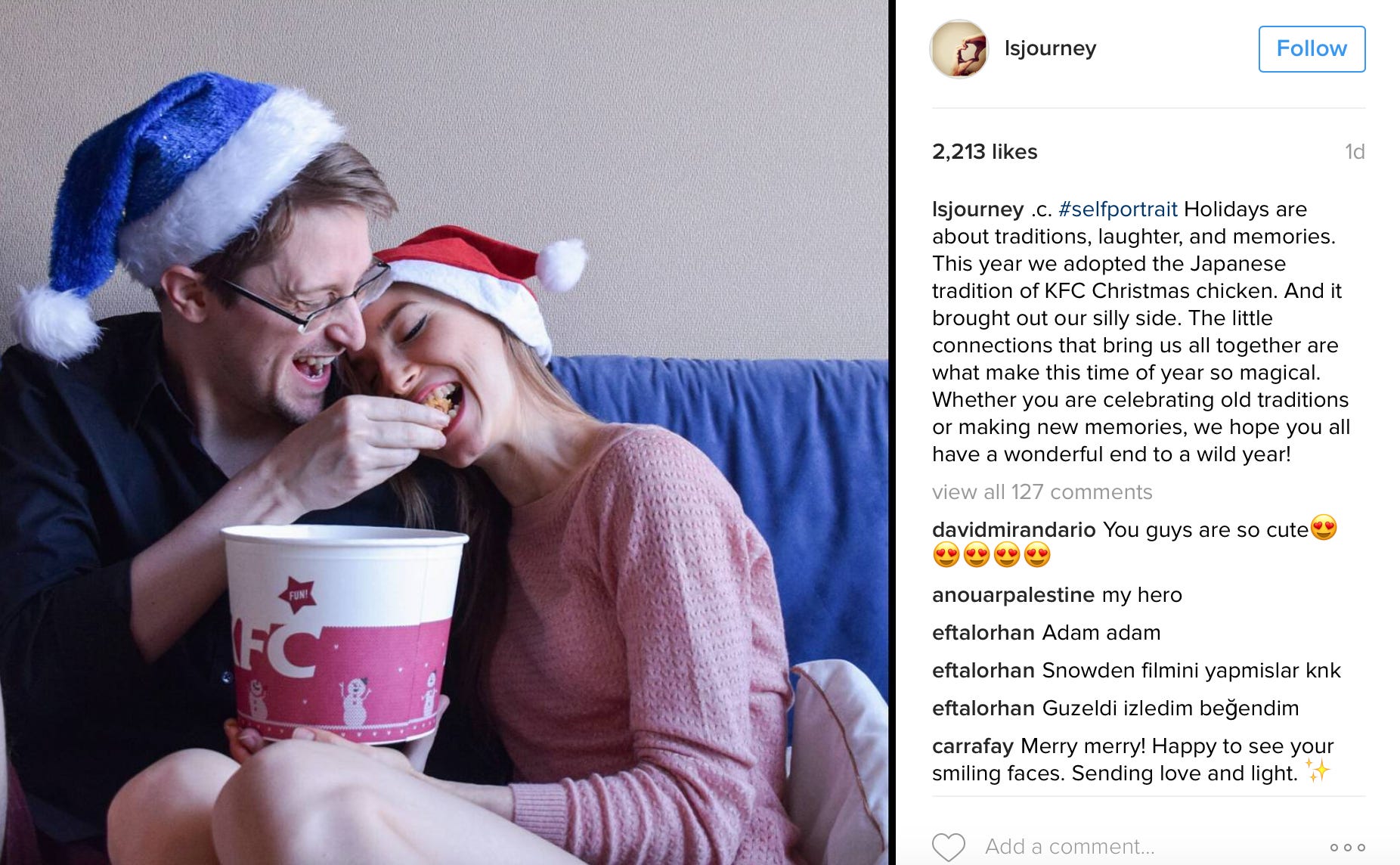 Ok weirdos. You’re sponsored by KFC. That’s what’s happening. Don’t make up some excuse like Japans people eat KFC on Christmas. That’s a lie. Don’t lie to our faces like that.