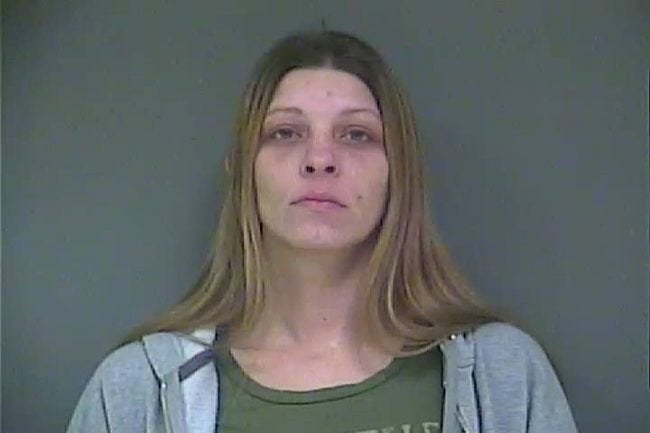 An Indiana mother has been charged with beating her two young sons and biting one of them after they opened their Christmas gifts early.
Sascha Collins, 36, is charged with two counts of battery for last Sunday’s alleged assault in Greenfield, 25 miles (40km) east of Indianapolis.
Her seven- and nine-year-old sons told police they had opened presents found hidden in their mother’s closet.
She beat them with a belt buckle and threw them against the wall, they said.
The boys’ teenage sister alerted authorities after finding them injured and upset.

I don’t think the law understands the work and effort involved in wrapping a bunch of presents for your kids. You have to brave the crowds, traffic or spend hours shopping online for the right deals. As a parent, you at least deserve being able to see your little fuckers’ face when they open the gifts that they won’t play within a week and a half. If they don’t give you that little bit in return, sometimes you gotta bite the fucking shit out of them. I wouldn’t do it, but I understand those who do.

Listen, if you are messing with tape and wrapping paper for weeks at a time, you are on edge. You’re ready to snap. So when this mother walks into her closet and saw those little bastard kids getting an unauthorized and rogue peep show, it was time for a beating and a biting. I don’t condone it but I certainly understand it.