We. Are. Gucci! I woke up this morning and saw this on ESPN and almost dry heaved about the mere thought of the scenario coming true. What’s the scenario? I have no idea because the only way you click on that link is if you are a Giants fan that likes to cut yourself for fun. 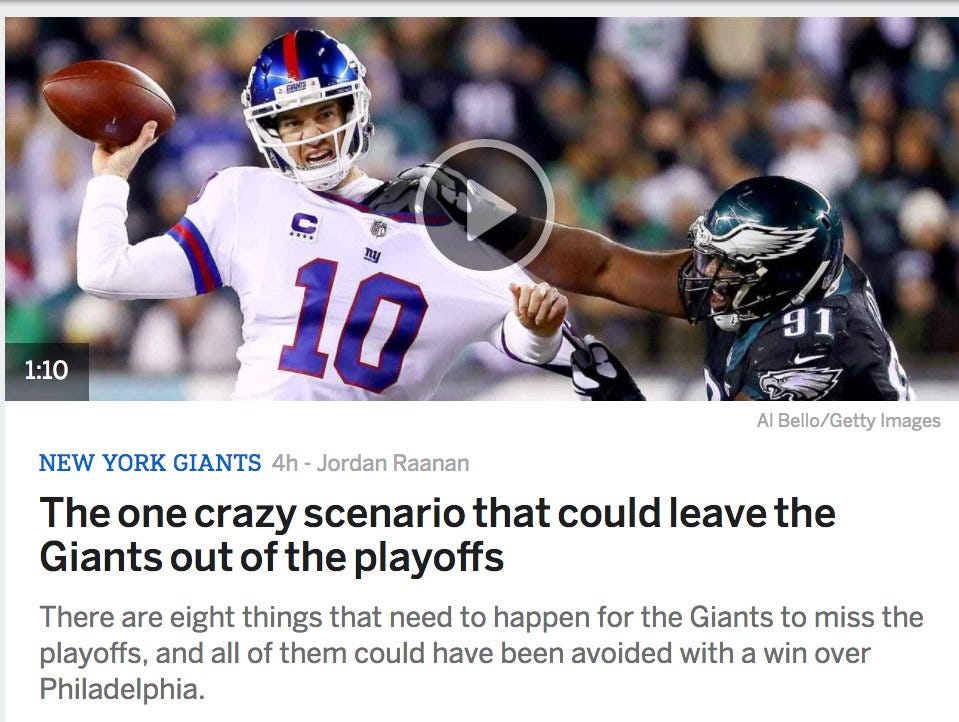 But that guy’s tweet has convinced me we are fine. Whenever I see one of those crazy accurate prediction tweets, my brain fails to compute that it’s even possible and I immediately think that person has magic powers. I was a big Nostradamus guy growing up. HUGE Nostradamus guy. Every time TV told me that he thought the world was going to end soon, I’d freak the fuck out and be petrified for days. Then I’d forget about it until the next Nostradamus special was on that of course I would watch like an absolute idiot.

But this is one of those good soothsayers. Dude could go perfect with his predictions. Sure there were two Eagles and Redskins games, but that’s just splitting hairs. The Giants never go undefeated against the Cowboys anymore. Yet this guy called it. Only two losses Dallas has suffered this year. Dude is fucking MONEY. So not only are the Giants going to the playoffs, but they are beating the Redskins in Washington this week. You know why? Because FanuteGod said so and he is awesome. But still not as awesome as the guy that called a Cubs-Indians World Series Game 7 in 2016 going into extra innings back in 2014.

If we are being honest, I was 1000000% convinced the world was going to end during that rain delay. Dying at Barstool HQ as it smelled like a frat house while my wife and baby were at home would have been a downright awful way to spend the apocalypse.

(So pissed we lost in those sexy ass Color Rush uniforms)