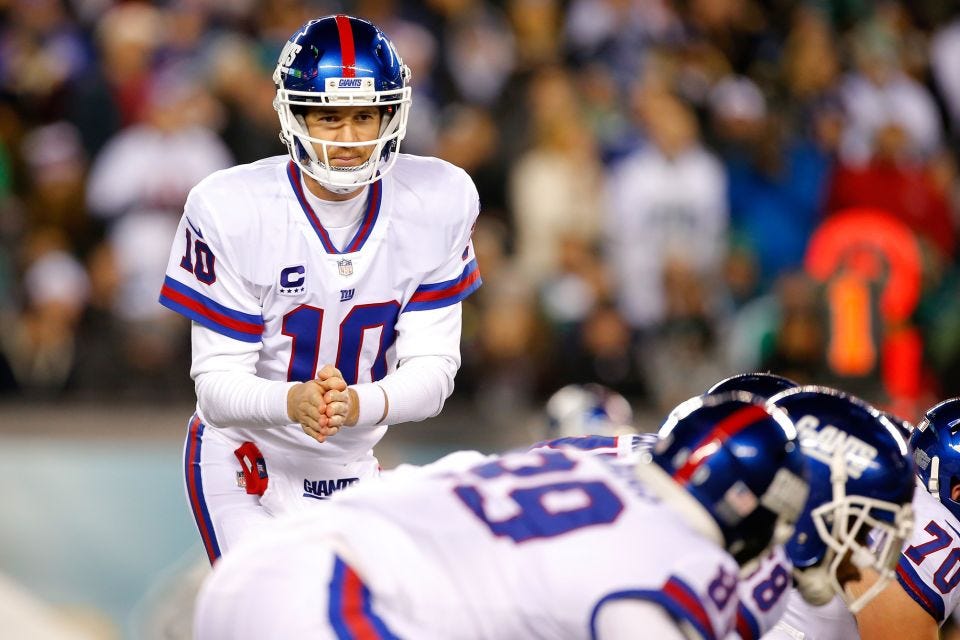 I will fucking love you forever Eli – but right now, at this very moment, I’m sick of your shit. You just can’t throw the ball 63 god damn times and only score ONE touchdown. A TD that was negated by a pick-six that went the other way. It’s been like this for a long, long stretch now & Manning’s been bailed out by his defense or a ridiculous play that only ODB is capable of making. This outcome could’ve happened more often this season if it was all up to the Giants QB.

Does his offensive line suck? Absolutely. Is the play-calling stagnant at times? Sure. Did the refs seemingly have it in for Big Blue on a pair of BS roughing the passer calls and a HUGE hold of Shepard not called on a crucial 4th down? Yep. All that aside, there was still ample opportunity for #10 to steal a W for his squad tonight. But back-foot Eli underthrew his receivers early & often. Right before the game-sealing INT in Tye’s direction, Manning had a golden opportunity to hit Beckham in the end zone with an accurate throw – albeit a difficult one – but missed.

I’m not saying he has it easy – but if this squad plans on doing any serious damage come playoffs they’re gonna need their QB to make a couple big plays. Tonight, with locking up a postseason invite on enemy turf hanging in the balance, he failed. The Giants defense did everything they could without JPP & Jenkins but they’re not gonna be perfect every single drive. They were only responsible for 17 points against & needed just a little bit of help from the offense. A 12-point net isn’t gonna cut it.

You & I will be OK in the long run, Eli – but I’m going to bed angry tonight & I kinda wanna punch you in the face.