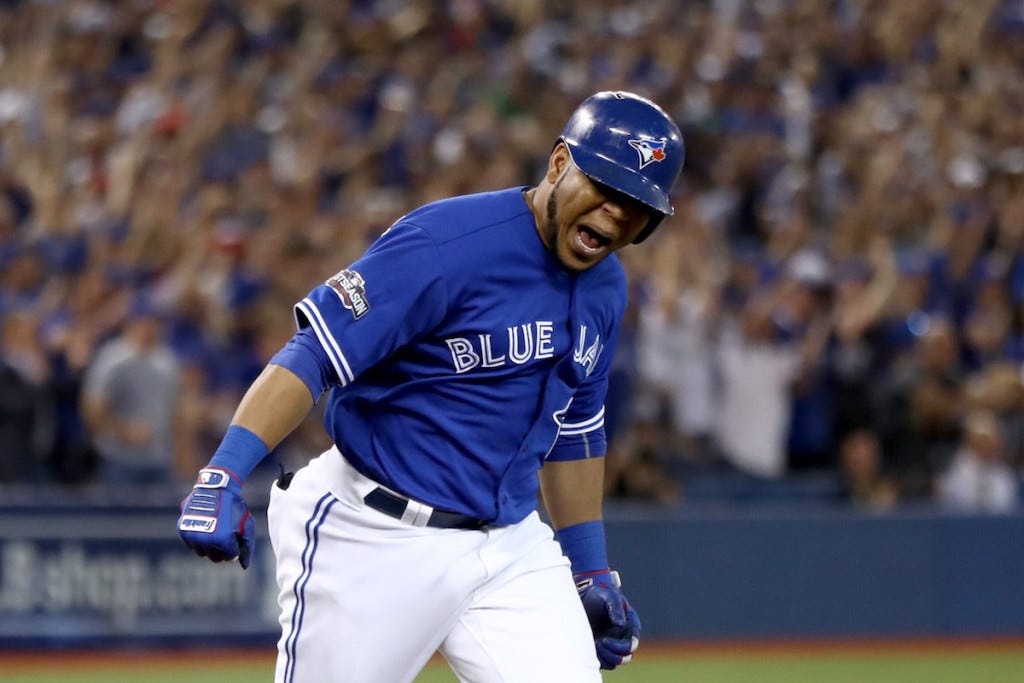 Edwin Encarnacion is going to the Cleveland Indians on a three-year deal with a fourth-year option. If that option is picked up, Encarnacion will match the four years and $80 million that he turned down to stay in Toronto, which was what he wanted to do originally.

Like I said before, they made it to Game 7 of the World Series without two of their top three starting pitchers, and without their best hitter from 2015. Now, they get all three of those players back in 2017, AND they add one of the top offensive threats in the game on top of all of that. They kind of came out of nowhere in 2016, but next year, the league just got put on notice with this Encarnacion signing. The Chris Sale trade had everyone thinking that the Red Sox were the team to beat in the American League, but Edwin to Cleveland swings that right back over to the defending American League champions.

Also, if I’m Encarnacion, I’m firing the fuck out of my agent after this shit show. The guy has been saying for over a year that all he wanted to do was retire a Blue Jay, and have his number retired there. They offered him four years guaranteed for $80 million, and he ends up with three years guaranteed with MAYBE a chance to equal the same dollar amount from Toronto’s offer. Fuck that, dude. Scott Boras would’ve gotten Encarnacion five years, $125 million just because he was bored.

PS — This is why I never leave my house. I’ve created a bunker so that I have everything that I need in case news breaks, but the ONE time I leave my house, it’s to go to the godforsaken Square One Mall in Saugus to go Christmas shopping. This motherfucker had ALL day to sign with the Cleveland Indians, and he chooses to do it when I’m in a fucking line that’s longer than a god damn Disney ride. Had to get out of line, put all my shit back, and write about how this asshole agent botched the free agent process of what was supposed to be the most highly sought-after bat on the market. Encarnacion’s agent basically ruined Christmas for me. Dickhead.