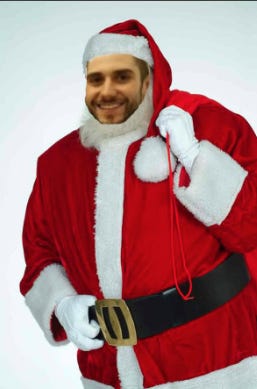 It’s that time of the year, Santa Claus is about to start making his rounds to see all the little boys and girls who were good this year. There was a baseball team in Baltimore that was good this season too, so good that they are getting a visit from RDT Claus! Let’s see what the jolly fellow brought the Birds. 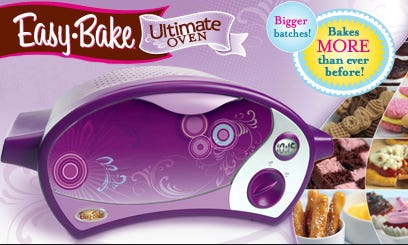 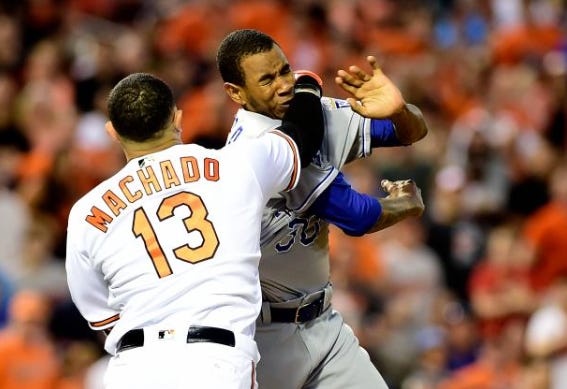 This one doesn’t really need an explanation. Manny knocked Ventura pretty good in the jaw after being beaned earlier in the summer, and I loved every minute of it. Why not get a punching bag plastered with that clown’s face on it to take some anger out on? I think most people in MLB would enjoy that. Keep that head on a swivel, Yordano. 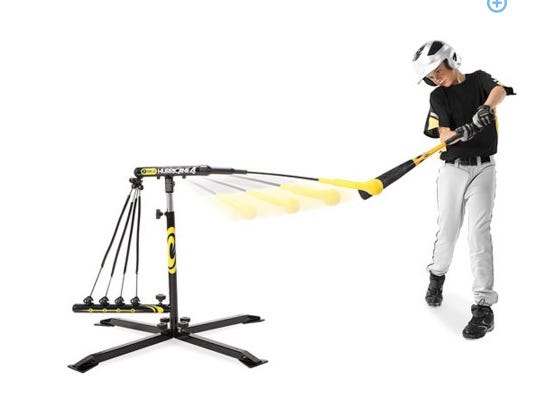 He’s the MLB leader in home runs over the past five seasons with 197, but with those power numbers come the UNREAL strikeout numbers. 968 strikeouts over those 5 seasons too, Davis just needs to learn to get the bat on the ball more. Much like Davis, my baseball career was hindered by my ability to strikeout, I use some hitting tools such as the SKLZ Hurricane Category 4, and it worked wonders for me in my one season on JV baseball. I only struck out 1 time (in 3 at-bats), how many other people only struck out 1 time in a season? Hopefully Davis set’s this up in the backyard, takes some hacks, and can put the ball in a play a little more than he did last year and learns not to watch strike 3 down the pipe so many times. 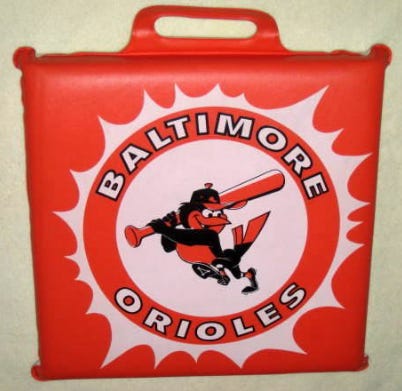 Not sure if you heard or not, but Zach Britton (the best pitcher in the league this season) did not pitch in the deciding game for the Orioles, kind of a brainfart move by Buck Showalter not to throw you best player in a do-or-die moment. Since Zach was sitting out there in the bullpen for 11 innings, I figure I could help him stay comfortable if that happens next season. What better present than a seat cushion? Those benches are rough on your tailbone, need him to be comfortable when Buck forgets to put him in again.

I almost throw up every time I see this clip. Incredible that Joseph stayed in this game, if he were a hockey player he probably would have retired. He eventually had surgery a day later due to the injury. Only one thing to get Caleb this season, Nutshellz. It’s made with Kevlar, so you know your frank and beans will protected from fastballs or bullets, never know what will happen during a game in Baltimore. No doubt Caleb will use this gift every game next season. 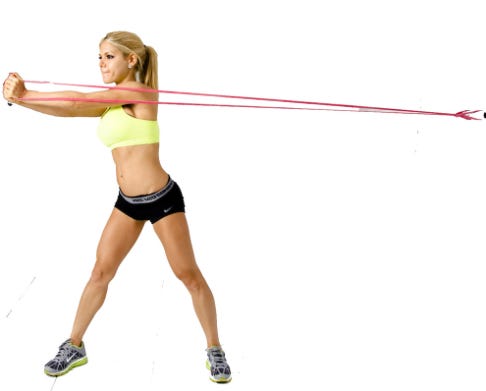 I hope Dylan uses this, because he needs to. Bundy will need to get stretched out in Spring Training in order for him to break camp as a starter with this club, which I think is what we all want to see. He was great for the Orioles after he became a starter last season, and that was with him on an unofficial innings limit. I expect the chains to be off him this year, and we can finally see the Dylan Bundy we got teased with before he started to show his fatigue at the end of the season. Start stretching, Dylan.

Hyun-Soo Kim got a full beer can thrown at his head during the Wild Card game, people forget that. Those Toronto fans are some of the least knowledgable fans out there, and it shows when they throw shit onto their field every few weeks. We’ve seen it time after time, and with the Orioles playing so often above the border, this is bound to happen again. Need to get Kim a helmet so once their aim improves and they can get it closer to Kim, his head will be protected. Don’t need to see someone’s head sliced open by a tall Molson. All I wanted was this jerk to say “soorry”, but an apology was never issued, never change Toronto. 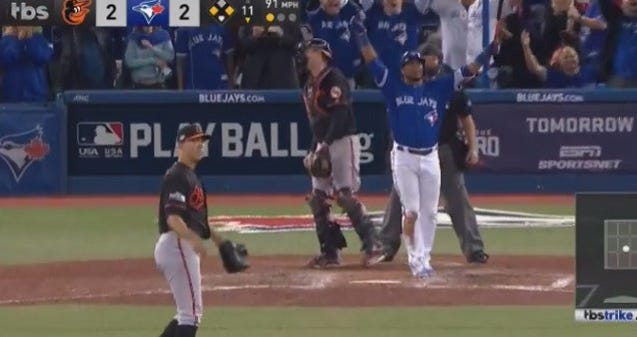 Ubaldo gets coal. BUT RDT, HE WENT 3-1 WITH A 2.31 ERA IN SEPTEMBER. Yes, yes he did, but then he left one belt high to newest Indian Edwin Encarnacion, and sent the Orioles packing. He also finished the season with an ERA well over 5. Don’t worry everyone, he’s in the last year of his deal, and I’M SURE he’ll live up to the deal this year, right? This will for sure help convince Peter Angelos to open up that checkbook to more free agent pitchers. Enjoy your coal, Ubaldo. 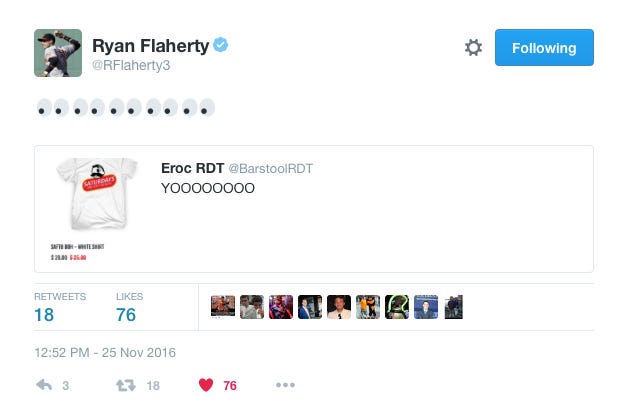 Ryan Flaherty- A Saturdays Are For The Boys shirt

Stoolie, and utility man, Ryan Flaherty LOVED the newest SAFTB shirt with the one and only Natty Boh guy on it. It’s an unreal shirt, I have one myself, and I get tons of compliments on it. Anyone from Baltimore knows the logo when they see it, and I can’t think of a better shirt to see the guys rocking as they take the field for batting practice this spring. Even though this awesome design is no longer available because of how awesome it is, there are plenty of great designs left. Merry Christmas Ryan, I hope you enjoy your new awesome shirt. Viva. 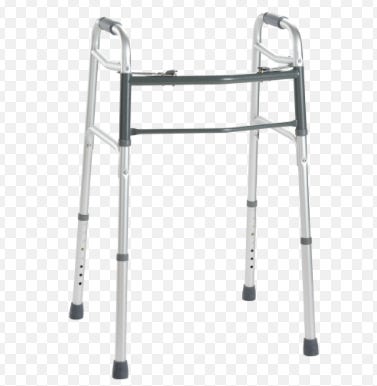 It physically pains me to watch JJ Hardy run these days, he runs like Forrest Gump with his braces on.  It makes sense to let him run the bases with one of these bad boys. It worked well for my pap-pap, why not see if it helps old man Hardy stretch a single into a double? That foot injury was for sure hampering him till the end of last season, so he will def enjoy this gift. 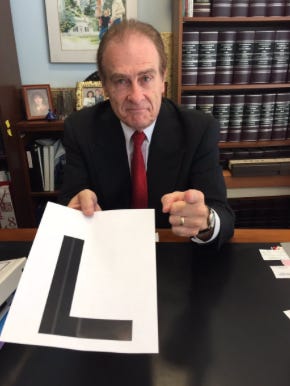 Welington Castillo- Another “L” for his name

This is going to be something that bothers me the entire time he is on the O’s. My god damn computer corrects his name to “Wellington” every single time. No clue why it only has the 1 “L” in his name, maybe that is for how many losses he will catch Kevin Gausman for this season. Seriously Welington, take this extra “L” and fix that name. 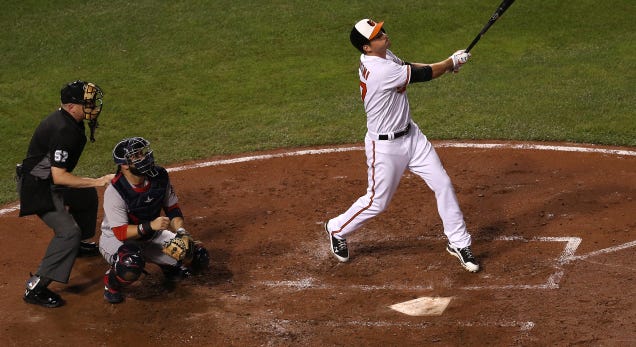 What a debut week for Trey Mancini. Going yaya in his first career start against former Orioles farmhand, Eduardo Rodriguez, how does he get rewarded in his second start? He gets to face the biggest mental midget in the league, David Price. So what does Trey do? Deposits one into the left center field seats. I think it is fair to say that Trey owns Price, so why not get Trey a poster of David. That way he is always reminded that he hit an absolute bomb off of that bum. 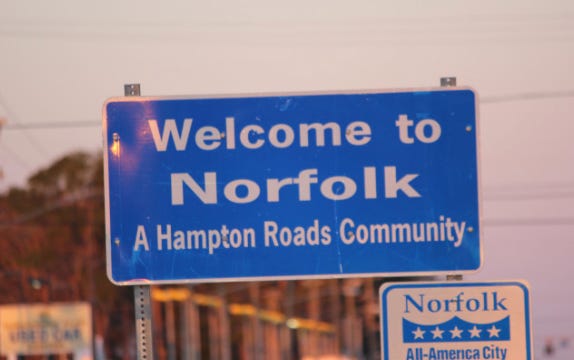 Tyler Wilson and Mike Wright- A condo in Norfolk

Congrats Tyler and Mike, I hope you enjoy your extended stay in Norfolk. Barring any injuries, it looks to be a long shot for either pitcher to have a role in the majors for this upcoming season. Both guys still are unpolished and need work. Wilson has shown the most promise out of these two, and seems to be the closest to joining the big league team. There is just no room for him, they already have 6 starters for 5 spots. Mike Wright was hot garbage last season, and I’m not sure if there is space for him in the bullpen. He has all the physical tools to be a hard throwing reliever, he just has to find the zone, quit getting behind in counts, and stop throwing tantrums when things don’t go his way. For the future, I see these guys playing in Norfolk. A condo for Christmas isn’t that bad though. 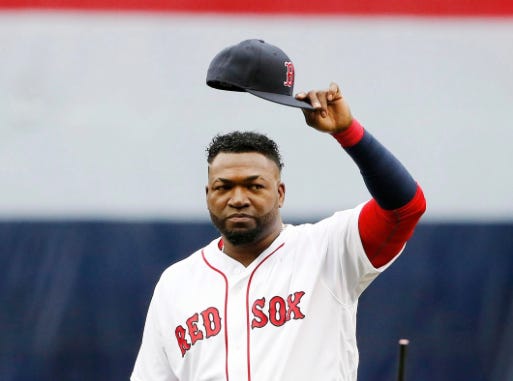 Let’s take a moment to thank god that that none of these cheaters or overrated players are playing anymore. I’m not looking at any numbers, but I am guessing that these 4 hit a combined 400 homers against the O’s, batted .430, and drove in 1,000 over their careers against the Birds. I’m just glad they’re gone and our bullpen phones are safe. Good riddance. 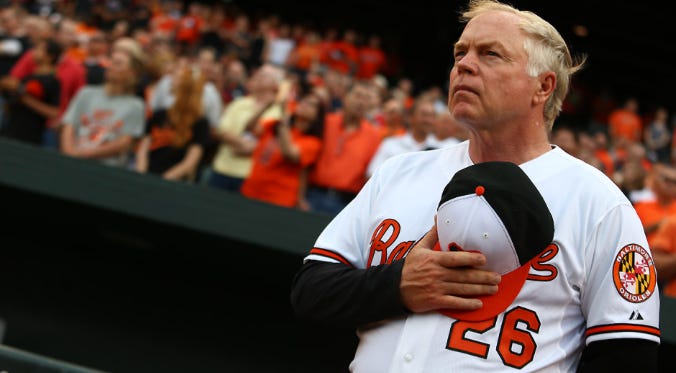 Buck Showalter- A GM that actually wants to win

This is a simple one for Buck, he gets a GM who actually wants to win, will attempt to make moves that will improve this team. Dan Duquette loves to sit on his ass and wait until the scraps fall off the table in February, and that is how he builds his team. Sometimes you get Nelson Cruz who leads the world in homers in 2014, sometimes you get Travis Snider. Make a move DD. You offer Trumbo $55 Million, but didn’t offer Edwin 3/60? Don’t worry, Dan will make a splash in the Rule 5 draft…. He is very insistent that the pitching staff won’t change, when it needs to. A rotation that could possibly include Wade Miley, Yovani Gallardo, and Ubaldo Jimenez is not a good one. Just at least look like you’re trying Dan, I’m begging you. If he doesn’t want to do it, I’m sure there are plenty of other people in that warehouse that would love a shot to team up with Buck and make a run at a ring, one guy has some great sideburns and had a monster home run season from the leadoff spot. So congrats Buck, RDT is bringing you a GM who actually wants to be here, and is trying to improve the club, not a guy who flirted with going to Toronto for 3 months a few offseason ago.

Well there you go Orioles fans, RDT Claus came down your chimney, ate your cookies, didn’t drink the milk because milk is disgusting and for poor people. He placed the gifts under the tree, and even left a present next to the menorah for our little jewish friends, they get 8 crazy nights, remember. Then he scampered back up the chimney and headed off to Jose Bautista’s house where he had to drop tons of anthrax down his chimney. I hope you break your two front teeth, Jose.