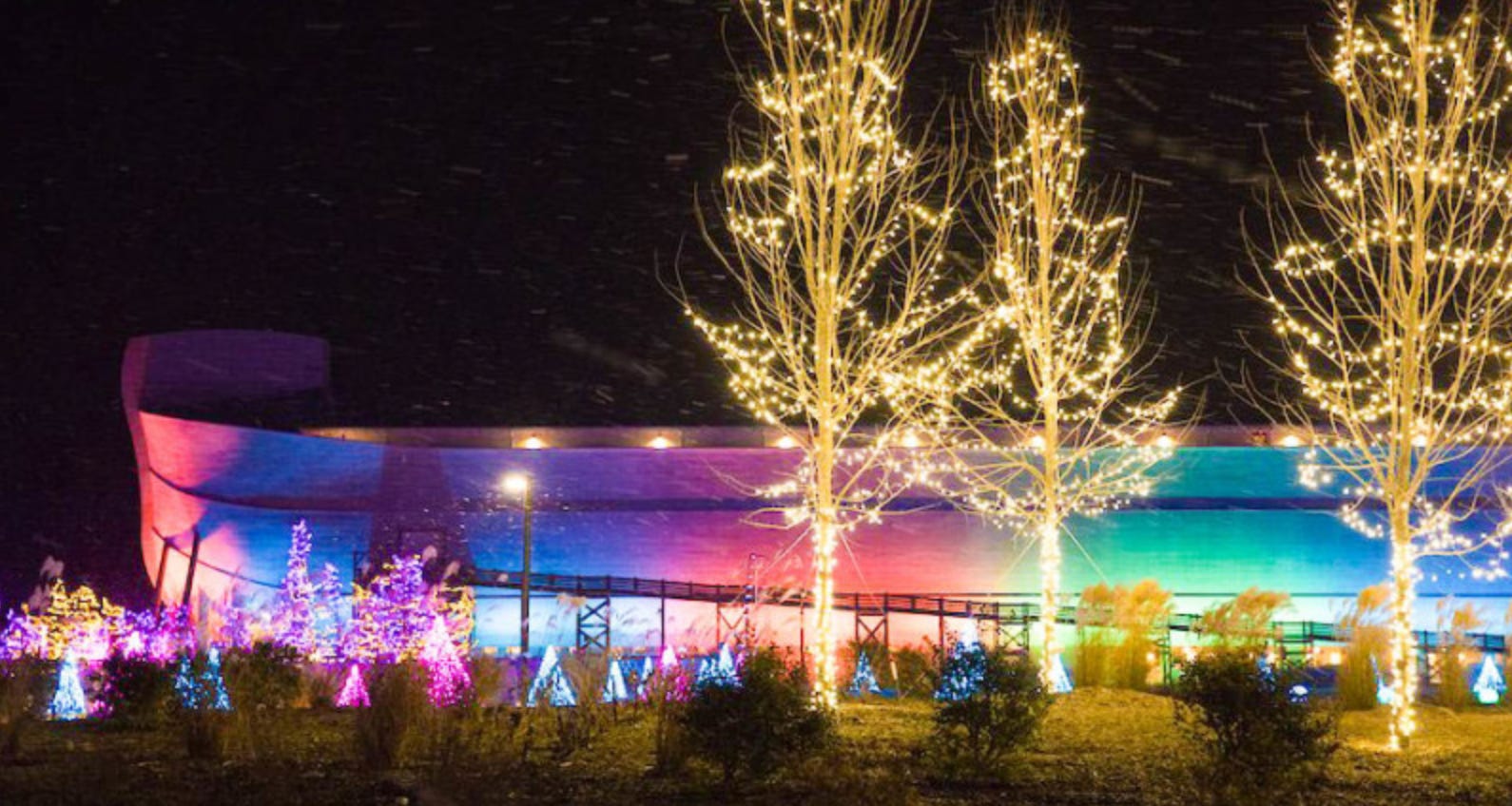 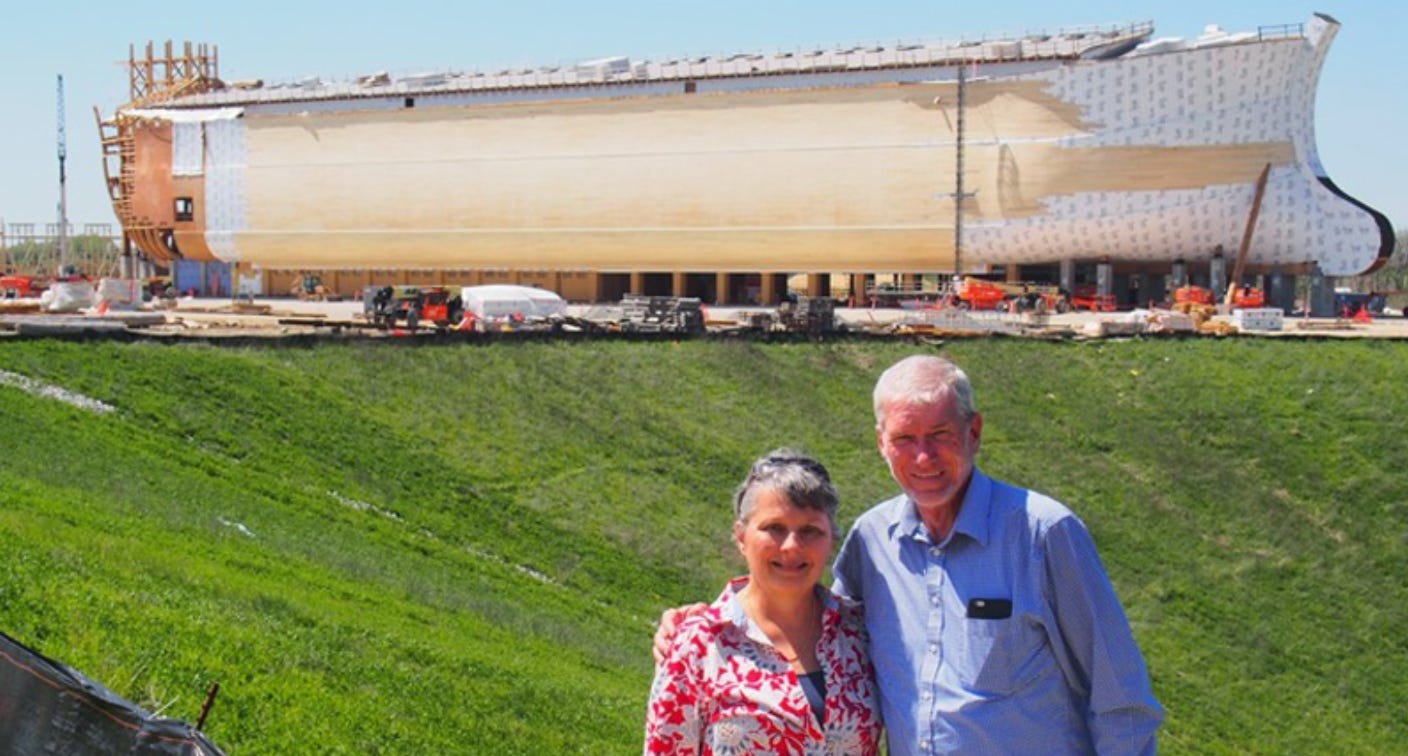 RS- Ceationist Ken Ham has set up a colorful light display around his massive Ark Encounter museum this year — but he’s not doing it just to spread Christmas cheer. Via Patheos, it seems that Ham views his light display as a perfect way to thumb his nose at the LGBT community, as he believes such displays are key to “taking back” the rainbow from gay people and reclaiming it as a symbol of Christian faith. “In recent times the rainbow (albeit with some different colors) has come to represent something far different,” Ham explains in his blog Answers in Genesis. “To many people it means freedom, love, pride, a new era, and, specifically, the LGBTQ movement.” This doesn’t sit well with Ham, who maintains that “the rainbow stands as a poignant reminder that God keeps His promises” and hasn’t yet drowned the world for a second time with a massive global flood. Thus, Ham says the rainbow must be re-appropriated as a matter of Christian duty. “Sadly, people ignore what God intended the rainbow to represent and proudly wave rainbow-colored flags in defiance of God’s command and design for marriage,” writes Ham. “Because of this, many Christians shy away from using the rainbow colors. But the rainbow was a symbol of God’s promises before the LGBTQ movement — and will continue to be after that movement has ended.”

Good job good effort but that’s not how it works. You can’t just toss colored lights on a giant ark you built (by the way, what? How have I not heard of this dude before? Feel like he should be more well known. Maybe he is. So his life is just like the plot of the utterly forgettable Steve Carell flick Evan Almighty?) and claim to take back the rainbow. That’s like Michael Scott declaring bankruptcy by simply yelling it out loud in front of a bunch of people. There are proper channels one has to go through to declare bankruptcy. Just like there are proper channels one has to go through to try and take back the rainbow symbol from the gays. Unfortunately for Ken Ham that feat is gonna be tougher than dragging a giant wooden cross up a hill. The gays own the rainbow symbol more than any group of people own any symbol. People see a rainbow flag and immediately think there’s a gay pride parade happening near by. That sentiment isn’t gonna change over night just cause you bounced a bunch of colored lights off your ark (still wild). I hate to break it to Ken but the gays won. They won in a rout. It might be best for him to shove off into the ocean in his giant ark and fully live out his Noah fantasy.