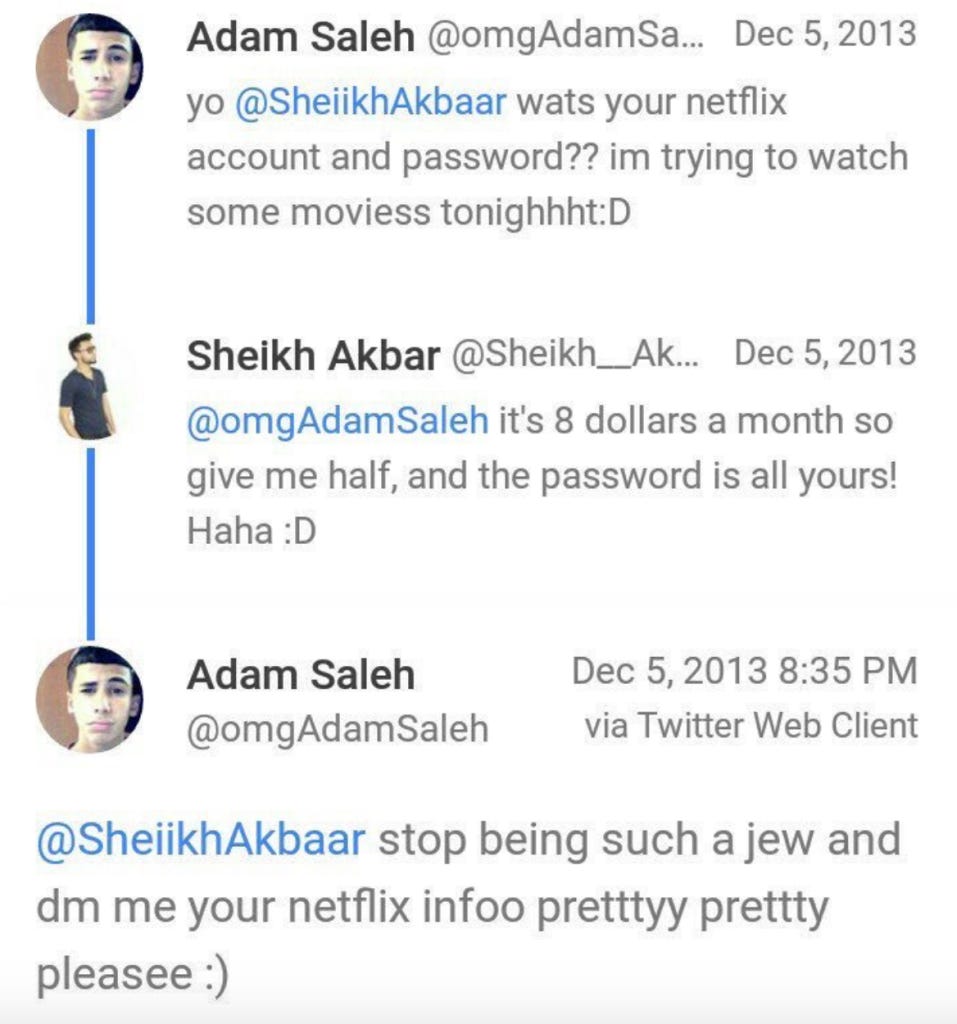 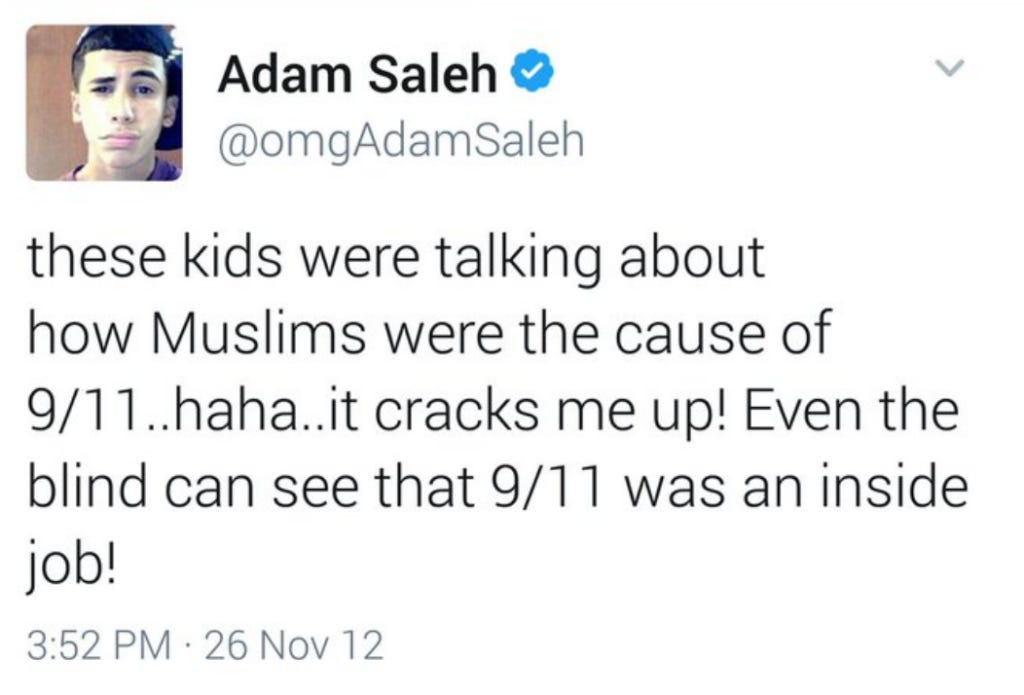 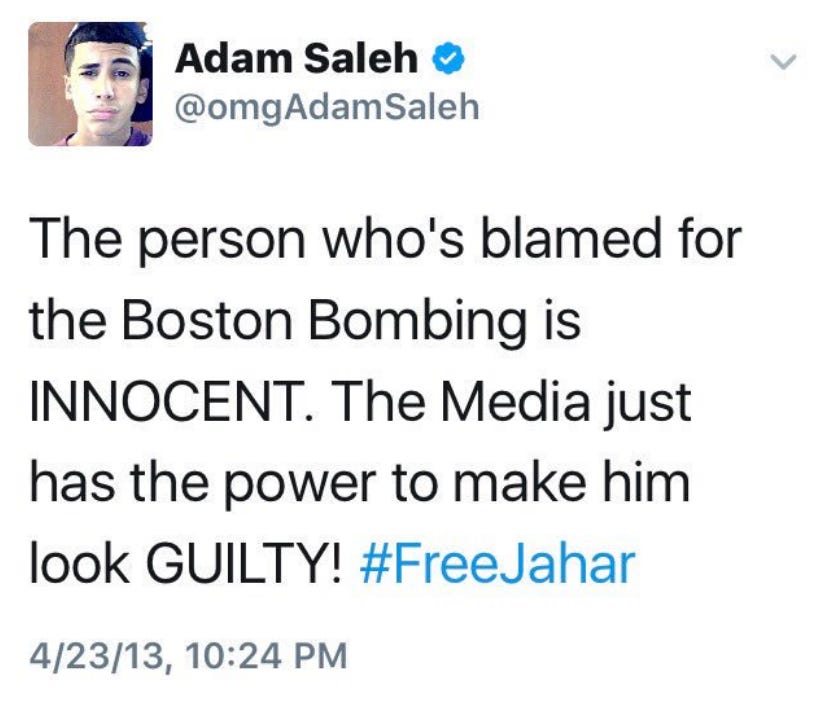 I’ve blogged about this guy enough already. Here’s what I said yesterday morning when I called everyone fucking idiots for thinking it’s real and here’s where Delta uncovered that I was correct and everyone’s a fucking idiot.

But, now that the dust has settled and people are realizing that the pranker was actually pranking (GASP!), they’re starting to go through his old tweets and, stunner, he’s kiiiiiiind of a piece of fucking shit. I know, who would’ve guessed that a worthless dick would choose YouTube “pranks” as his life’s work?! He’s defended the Marathon Bomber, claimed 9/11 was America’s fault, and called people Jews when he decides they’re acting cheap. To be frank, he’s kind of the caricature of how a racist would describe a Muslim.

On a lighter note, this is more proof that if you can ever feel like you’re about to get famous, delete your entire social media life. All of it. Scrub the web, delete the accounts, set your computer on fire, and put your iPhone in the microwave. Because people WILL find everything you ever said. It might not happen immediately, but eventually people will start combing through your history and see every horrible thing you’ve ever posted. In fact, don’t even get famous. Don’t do it. It’s pointless. If you’ve ever said anything on the internet don’t get popular or next thing you know people will be tweeting out quotes of the times you called a kid a racist’s caricature of a Muslim.

Oh also, I don’t think this kid really got the message in The Boy Who Cried Wolf.

The point of the tale, Adam, was don’t always say wolf because when there actually is one no one will believe you and you’ll get eaten. Another way to describe that would be don’t always be a fucking dickhead on an airplane because if you ever get kicked off for doing nothing then no one will believe you. Don’t get me wrong, I don’t for a second believe that they were innocent, but The Boy Who Cried Wolf is in no way an applicable defense here.