Politico - Media widely reported Trump met with Barry Switzer, the former University of Oklahoma and Dallas Cowboys coach who has known Trump for decades. But Switzer said he was shopping with his wife and daughter on Fifth Avenue and decided to walk into the Trump Tower lobby after seeing the Naked Cowboy. He had no meeting scheduled.

“All the media people said, ‘Coach what are you doing here,’” Switzer said in an interview. “I told them I was here to see the president like everyone else.”

Switzer said he instead went upstairs in Trump Tower, bought a coffee at Starbucks and came back downstairs.

“I told the reporters I had a great visit, and that we were going to make the wishbone great again,” he said. “I told them I was going to be Secretary of Offense and that Trump knew how to run the ball down the field.”

“Then I went back to my hotel and laughed my ass off,” he said, still laughing this week. “It went everywhere. Everyone believed it. I had all these calls, but I was just jerking people around.”

Fake news so hot right now. Fake news. So hot. I mean it’s no wonder everyone is getting duped so hard – apparently the media does literally no digging or fact checking anymore whatsoever? Barry Switzer says he’s meeting with the PRESIDENT ELECT OF THE UNITED STATES and nobody confirms it? Hilarious. “Just jerking people around”. Coach’s troll game on 100 thousand trillion. 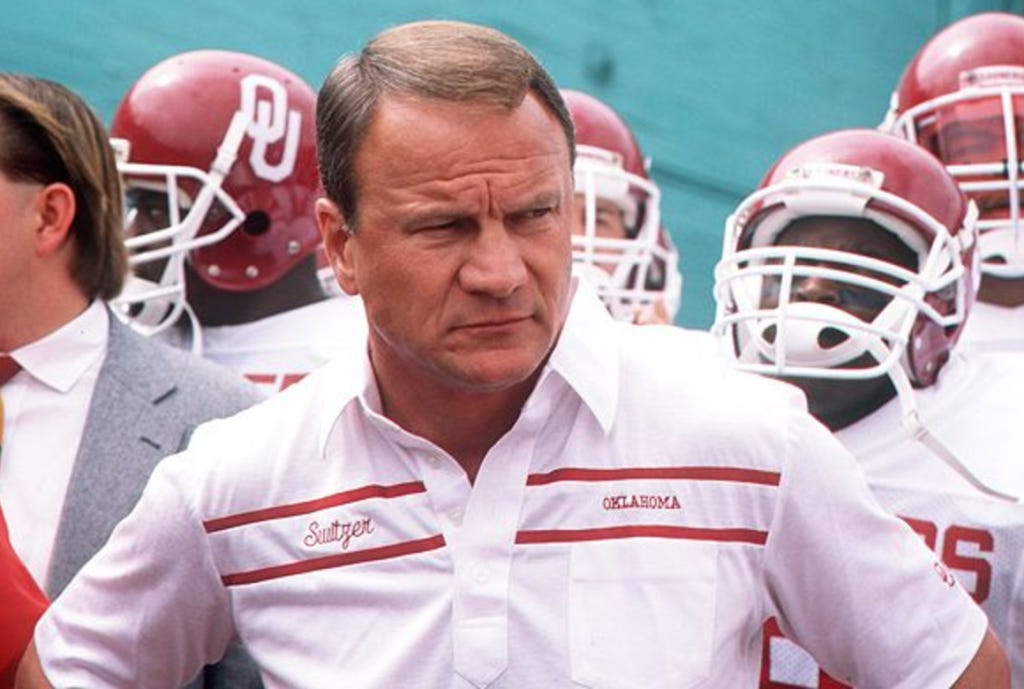