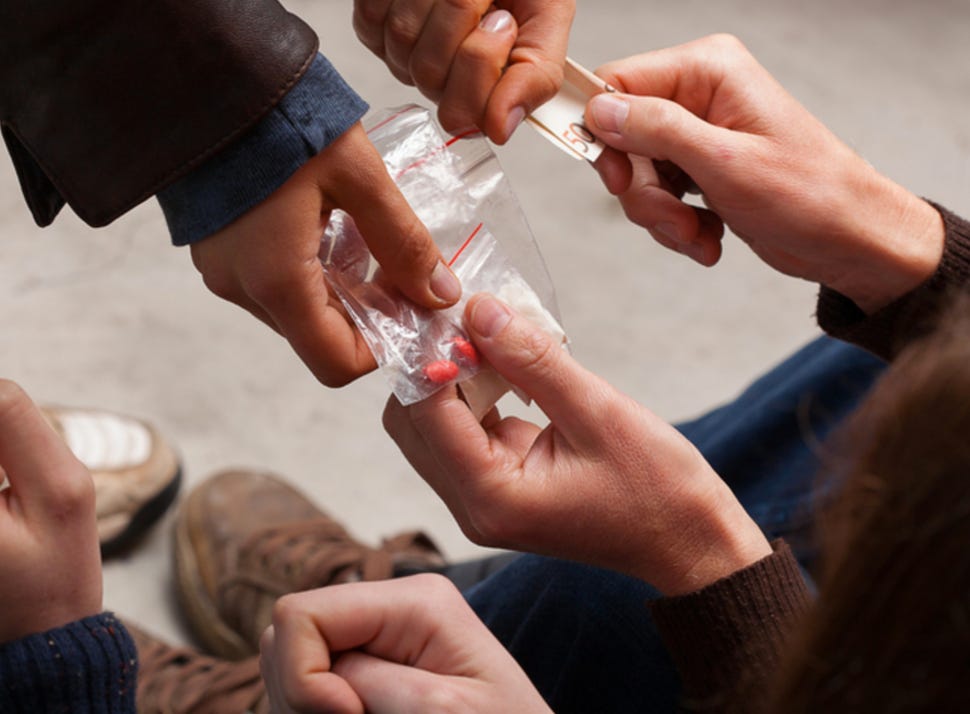 AP - Officials say a teenager texted his mother from the back of an ambulance after he was injured in a crash, asking her to grab a drug-filled suitcase from the trunk of the car.

An arrest report says a Delray Beach paramedic watched 19-year-old Nicholas Hipp type the words Monday and alerted police. They searched the car and found nearly 150 Alprazolam pills — commonly known as Xanax — and about a gram of marijuana. They also found a glass pipe and a scale.

The Palm Beach Post (http://pbpo.st/2hZoDxX ) reports Hipp told deputies he buys medication on the street because he doesn’t agree with the pharmacy industry.

That has to be a terrible, awful feeling. Not the texting your mom thing- your mom should be a ride or die bitch who would take suitcases of drugs out of the trunk of your car any day for you. But the terrible, awful feeling is getting in a car crash and having the paramedics take you away, full knowing you have all your Xanys in your car. It’s like when a football player is wheeled off the field, and he’s watching his teammates get smaller and smaller in the distance, that sad feeling of being on that stretcher and being completely helpless. I legit teared up thinking about it.

So smh at the paramedic who was snooping on the kid’s phone and alerted the police. That’s a HIPAA violation if I’ve ever seen one. And a life violation to boot. Don’t snoop on another man’s phone, and if you do because maybe he’s looking at some nudes, don’t contact the police. That’s a contract we enter with each other as human beings in order to survive in this world. Once we start narcing on each other and tattle tailing about drugs, we might as well launch the nukes because at that point, it’s all over.