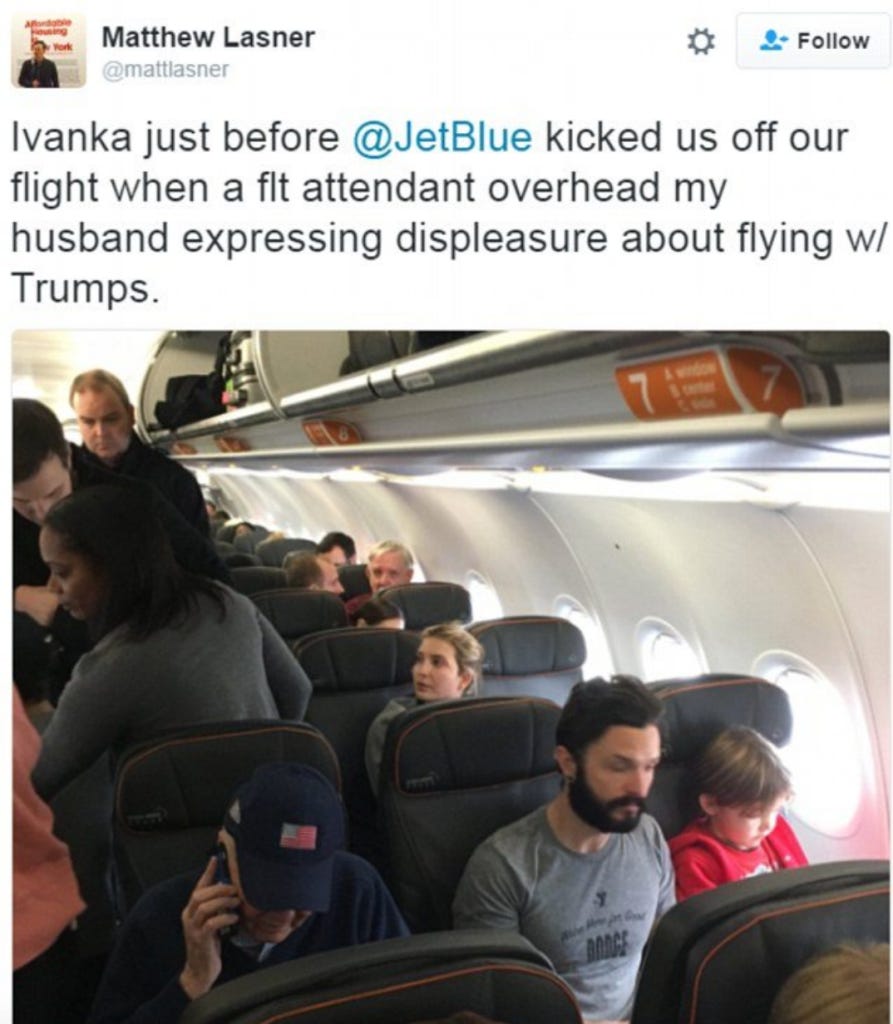 (TMZ) — Ivanka Trump just had a bumpy start to her Xmas holiday … an out-of-control passenger on her flight began verbally berating her and “jeering” at her 3 kids. Ivanka was on a JetBlue flight leaving JFK Thursday morning with her family when a passenger started screaming, “Your father is ruining the country.” The guy went on, “Why is she on our flight. She should be flying private.” The guy had his kid in his arms as he went on the tirade. A passenger on the flight tells TMZ Ivanka ignored the guy and tried distracting her kids with crayons. JetBlue personnel escorted the unruly passenger off the flight. As he was removed he screamed, “You’re kicking me off for expressing my opinion?!!” BTW … Ivanka, her family and bunch of cousins were all in coach.

It’s the holiday season so you know what that means, time for travel stories! You cousins plane was delayed, nana hit traffic, a dude spoke Arabic, and someone yelled at Ivanka! Now, no doubt about it this guy deserved to get kicked off the flight. You should get kicked off for talking pilots let alone yelling at the lady who the president wishes was the First Lady. 100% this warranted a kick off.

But what the fuck is Ivanka doing on JetBlue in coach? I hate to victim blame but that’s kinda on her, right? She’s gotta know that things might not go excellently when she chooses to travel with the poor. If I take the bus and a homeless guy cums on me then guess what? I deserved that. I should’ve known that would happen and I can afford to not take the bus so I don’t. Ivanka should do the same. You own a private jet? Don’t fly coach with the rest of us low-lifes or maybe some idiot will yell at you.