Real talk I think Grayson Allen may be a psychopath? Like not an ordinary sports scumbag who takes cheap shots when he gets frustrated sometimes. An actual psychopath. Clinically. Diagnosable by the DSM-5. I mean everybody knows the definition of insanity.

This dude has now tripped someone in a televised game 3 separate times. Not once. Not twice. Three times. 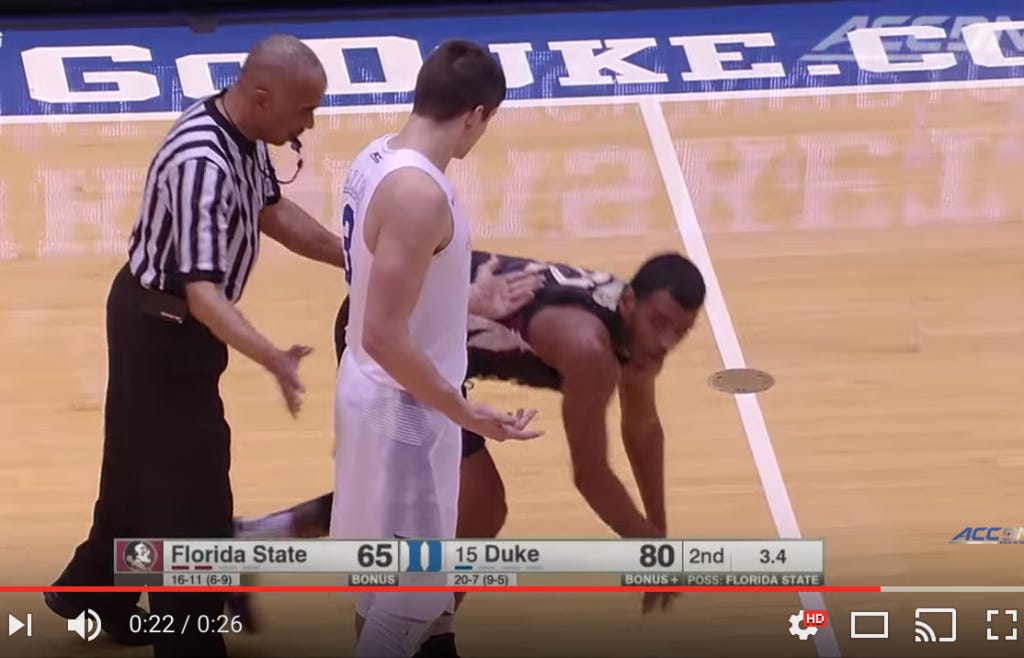 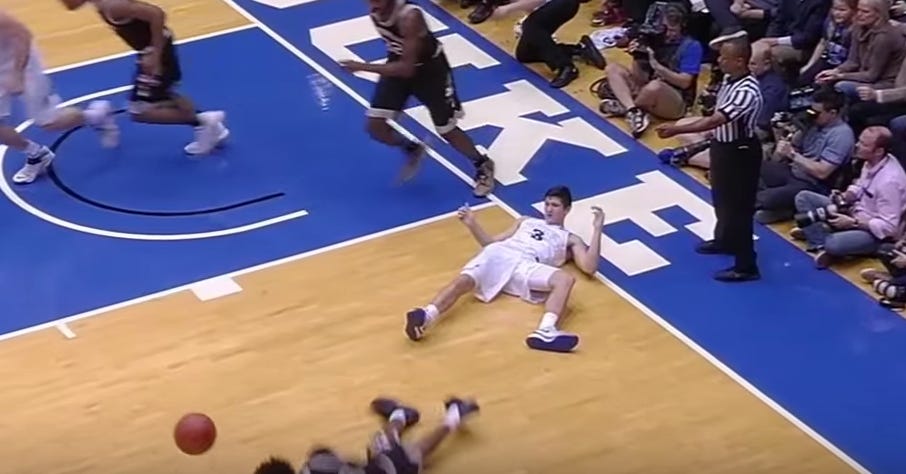 Each time it was a headline story and national news talked about all over the place. Like he knows he tripped people and he knows how much of a shit storm it caused, to the point where he became pretty much known for it. And then he comes out and does his biggest, most blatant trip, directly in front of the ref, directly in front of the bench. Just a full on Karate Kid kick. And then look at his fucking reaction!!

Dude what??? That’s the reaction of someone who had no clue what he did out there, just completely blacked out and went into full blown psychopath mode looking to trip motherfuckers all over the court.

You know what I would love about Grayson Allen? If every time he did this he smirked and shrugged his shoulders with a shit eating grin on his face. If he raised his hands to the ref claiming he did nothing wrong then winked to the camera and raised the roof to the crowd when he turned around. If he would just completely dedicate himself to being the greatest supervillain in college basketball history. A heel worthy of the WWF in its prime. The way Daniel Day Lewis immerses himself in every acting role, that’s what I need Grayson doing. This crying and pouting and acting upset every time saying “you made a mistake” just ain’t gonna cut it. Unfortunately I think he’s literally insane so it might not be possible.