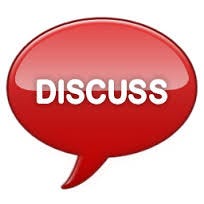 I was having this talk the other day with a die-hard Birds fan who wishes to lay money down on the NFC East rival Giants this Thursday night. To each their own. I’m a personal believer in the Pete Rose mantra of only gambling on my squad to win. In fact, I don’t think I’ve ever placed a bet against a Philly sports team. Just not in my DNA. I can’t even bring myself to draft anyone in fantasy who plays in the NFC East that doesn’t wear green. It just feels dirty. I can’t be cheating on my team by actively rooting for anyone other than my guys. The caveat to this discussion is how he said he’d be “fucking furiously furious” if his supposed Eagles win, because of said bet. Now that, my friends, is a problem. You can’t be a true fan and be angry when they are victorious.

I get it. You bet with your head, not with your heart. And I don’t give two squirts of piss if someone chooses to bet against their team, especially if it’s against the Eagles right now. What can I say? It’s a good shot. Money’s money and the last few weeks it’s a stone cold lock. Sir Charles Barkley said it best if he were paid enough he’d work for the Klan. But it’s real bad voodoo if you consider yourself a loyal fan and proceed to get pissy if they win under almost any circumstance. Unless you’re purposely in full Sixers tank mode for eons at a time, you should be happy when your team comes out on top. If anything, look at it like hedging a bet on your feelings. If the Eagles lose, it sucks but at least you win some scratch. If they win, you see your team come out on top. I can see situations where you’d want the Eagles to lose for draft stock purposes (I.E. the fucking last pointless game of the season the past two years), but the only team that improves if the Birds drop this primetime divisional game is the Browns.

The bottom line is if you choose to let money affect your loyalty then you my friend are Benedict Arnold of the degenerates. It’s slippery slope towards treason, indeed. I don’t want you sitting next to me when the Birds make the Super Bowl in never.

PS – Might have to dust off the playbook on the term “2 squirts of piss”. A very underused, undervalued phrase.