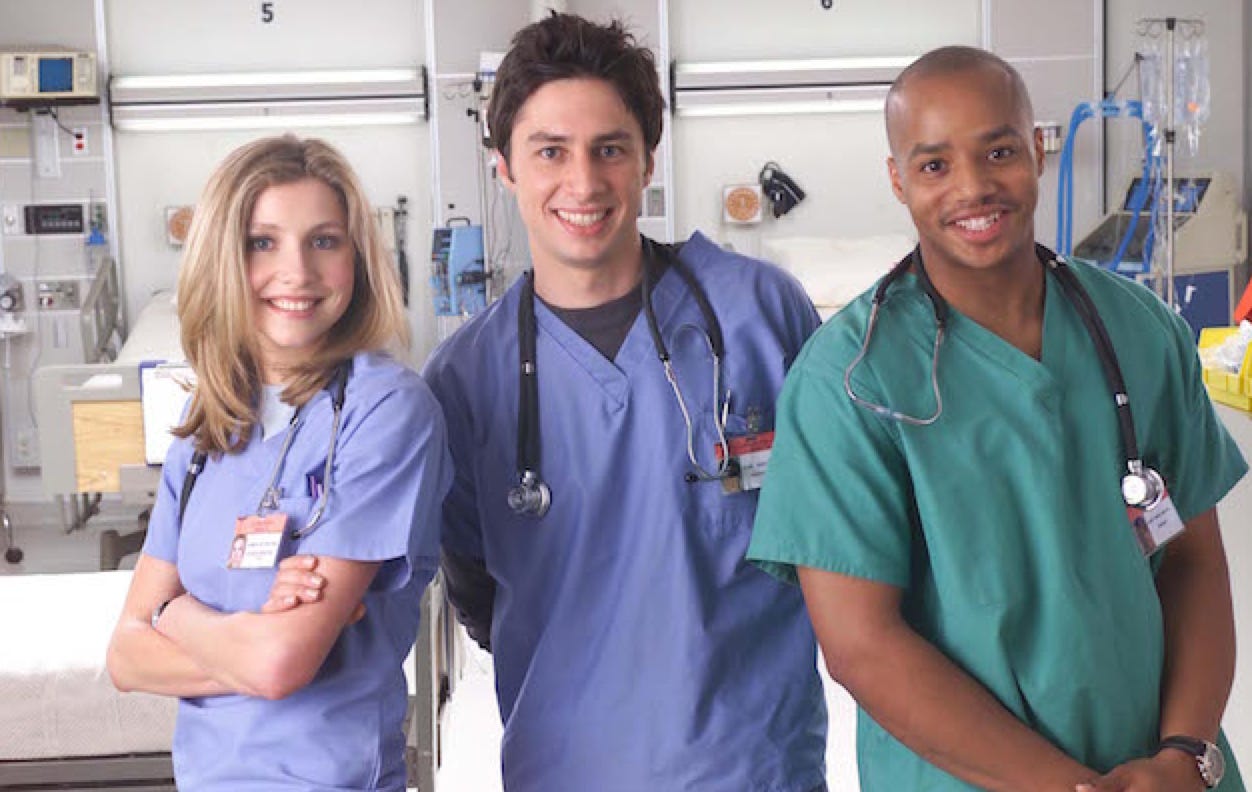 NME- Scrubs star Zach Braff has discussed the possibility of the cult show returning, giving hope to fans. The medical sitcom aired for nine seasons from 2001 to 2010, starring Braff as JD, alongside co-stars Sarah Chalke, Donald Faison, Neil Flynn, Ken Jenkins, John C McGinley and Judy Reyes. Hosting a Twitter Q&A recently, Braff was asked about the show returning in the future, to which he said: “You never know, it’s something we all talk about.”The actor went on to express “jealousy” for recent reunion shows, such as Gilmore Girls. “I’m very jealous of all this Gilmore Girls attention, and Full House, so we talk about it every now and then,” he added. “So you never know. It could happen. I’d do it.”

I don’t know man. I just don’t know if I want a Scrubs reboot. I should preface this by saying Scrubs is in my top-5 comedy TV shows of all time. It’s criminally underrated. I feel like nobody ever talks about it but it’s unlike any show I’ve ever seen. It’s a laugh-out-loud funny show with super duper serious parts. I love it. But with that said, I don’t think it needs a reboot. Like at all. I don’t think any shows need a reboot. It rarely ever works. The expectations will inevitably be WAY too high for it and it’ll never be the same show you watched before. Sure it’ll be the same characters and locations and similar plots but it won’t feel the same. I never watched Arrested Development (I know I know IT’S AMAZING plz don’t yell at me) but I’m pretty sure people were lukewarm when they brought it back on Netflix. That’s what I’m afraid would happen with me and a Scrubs reboot. Especially after the last couple seasons weren’t great. Would I still get a kick out of watching Dr. Cox rip into JD but at the end of the day Dr. Cox still has a heart of gold? Would I like to watch JD and Turk be the best of friends again and do stupid shit together? Would I like to see The Janitor again? Yeah I would but it still wouldn’t be the same. Not everything needs a reboot. Most things actually don’t. And as much as I love Scrubs, it probably falls into that category. Meeting adjourned.