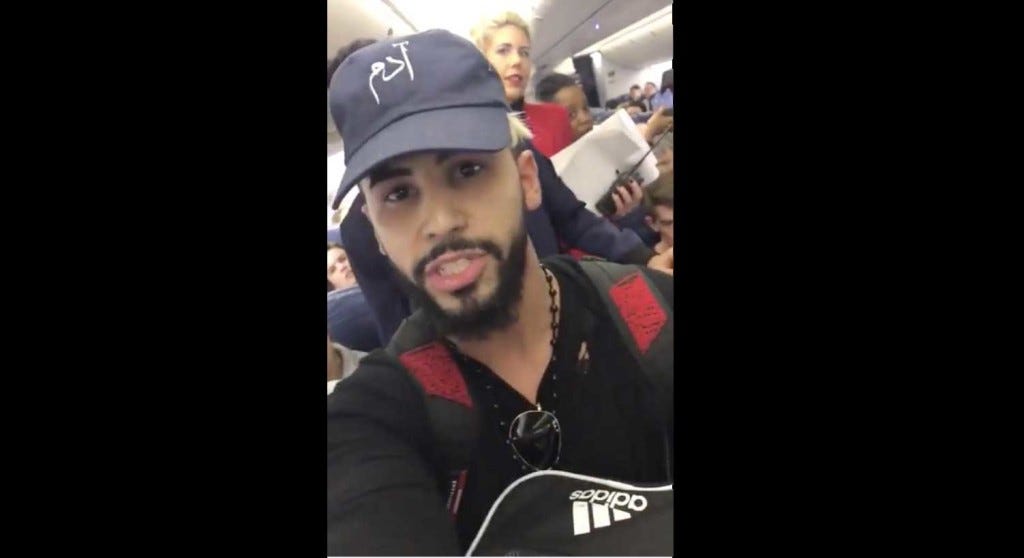 CBS – Delta Air Lines responded Wednesday to accusations from a YouTube star that he was kicked off a flight because he spoke Arabic to his mom on the phone before takeoff.

In a statement, Delta said: “Two customers were removed from this flight and later rebooked after a disturbance in the cabin resulted in more than 20 customers expressing their discomfort. We’re conducting a full review to understand what transpired. We are taking allegations of discrimination very seriously; our culture requires treating others with respect.”

In an interview with CBSN, Saleh said he takes numerous flights every month, and he was upset because something like this never happened before.

“I speak to my mom on the phone every flight,” Saleh said. “She only speaks Arabic.”

He said when he was speaking to her, a woman in the seat in front of him turned around and told him he ought to speak English. Saleh said he told her he can speak whatever language he likes, and her husband responded by standing up and screaming at him.

Then about 20 people allegedly said they were uncomfortable with Saleh and his Arabic-speaking companion. The pair were approached by the captain, who Saleh said “seemed ashamed and embarassed” when he asked them to leave the plane because of the other passengers’ complaints.

But as noted hard worker, researcher, and entertainer John Feitelberg pointed out:

So nothing to see here I guess.

But for real there are plenty of reasons to poke holes in Adam Saleh’s credibility given that he has a history of fudging facts on things like this (which I hinted at in my first blog but should have outright spelled out, that’s on me) and I get the attitude of wanting to immediately discredit videos like this because really people don’t want to believe shit like this happens. But The Boy Who Cried Wolf exists as a parable for a reason; just because this dude is a YouTube attention whore doesn’t automatically mean that you should ignore the fact that things like this occur to people. In fact, Delta did it to another Muslim couple just a few months ago in a story that got much less attention than this one is already getting.

You have to sometimes separate the message from the source and in a situation where a video explicitly shows a Muslim guy being kicked off a plane shortly after a terrorist incident in Berlin, that’s a newsworthy item that deserves to be aired out as it happens and reevaluated as more facts come in. For example in a wild coincidence, a friend of mine who now lives in London was actually on the same flight as Saleh and, after I missed his tweet amidst the barrage of people calling me both gay and stupid after my initial blog, I got some more information on what happened on the flight. A BARSTOOL EXCLUSIVE: 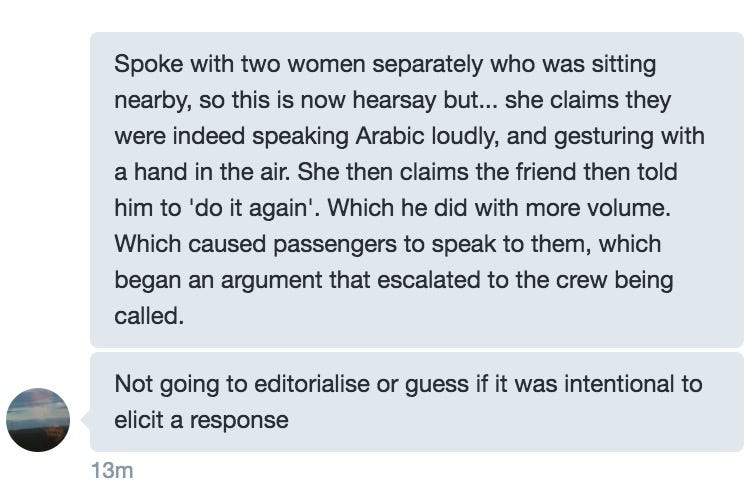 My best guess based on this information and what was in the CBS interview is the answer lies somewhere in between: Saleh is an attention whore who got a shitty reaction from someone on a plane when he spoke to his mom in Arabic, he escalated the situation heatedly perhaps seeing a chance to make #content for his YouTube, things went off the rails and 20 people on the plane sided with the kinda racist white lady instead of the Muslim dude who immediately got combative and scary and he got kicked off the plane as a result. It may not be a case of a plane united by overt racism but to write it off as “This is fake and stupid” solely because of the source is as dumb as dressing like a fashionable soccer mom’s Pinterest wishlist everyday.