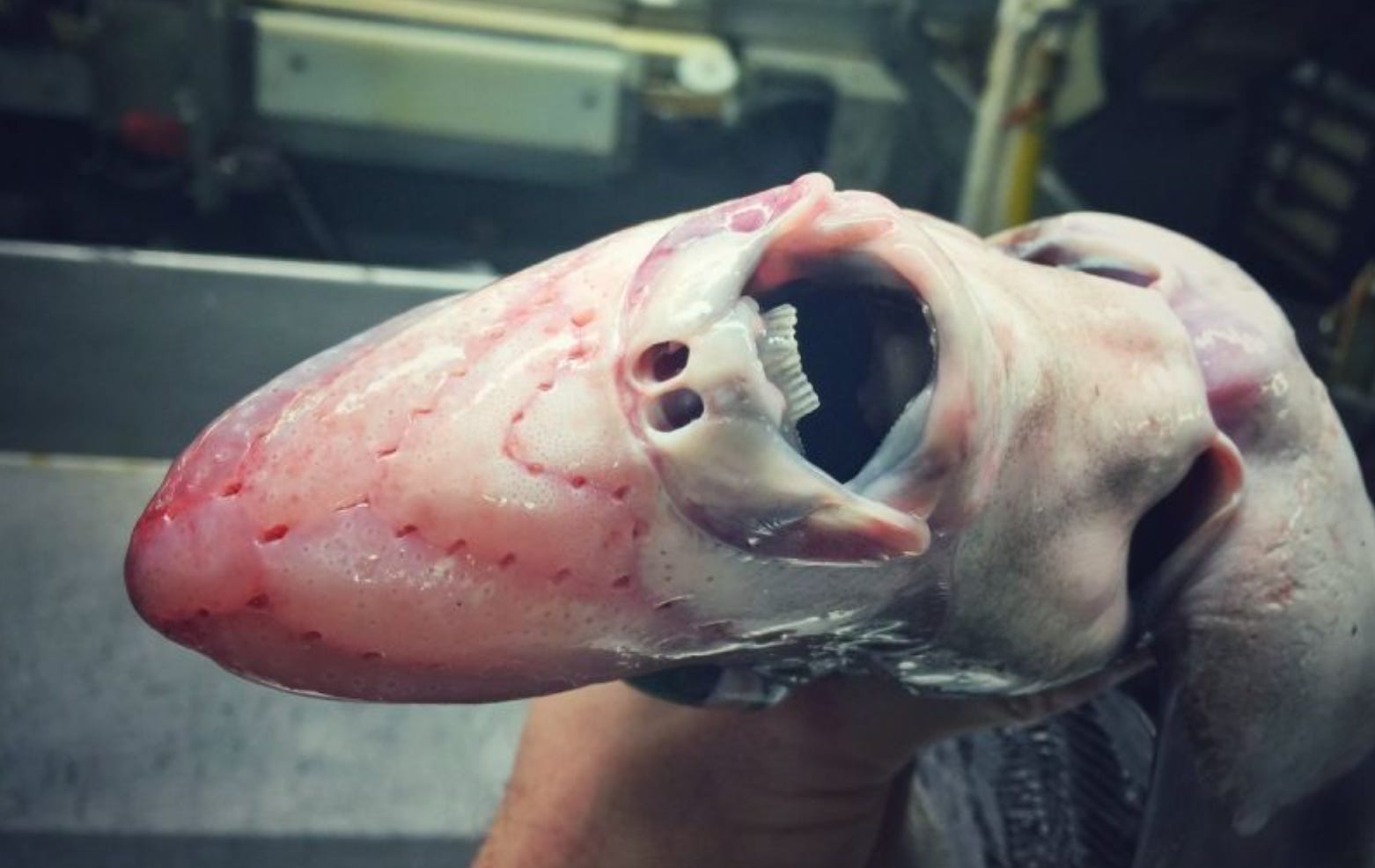 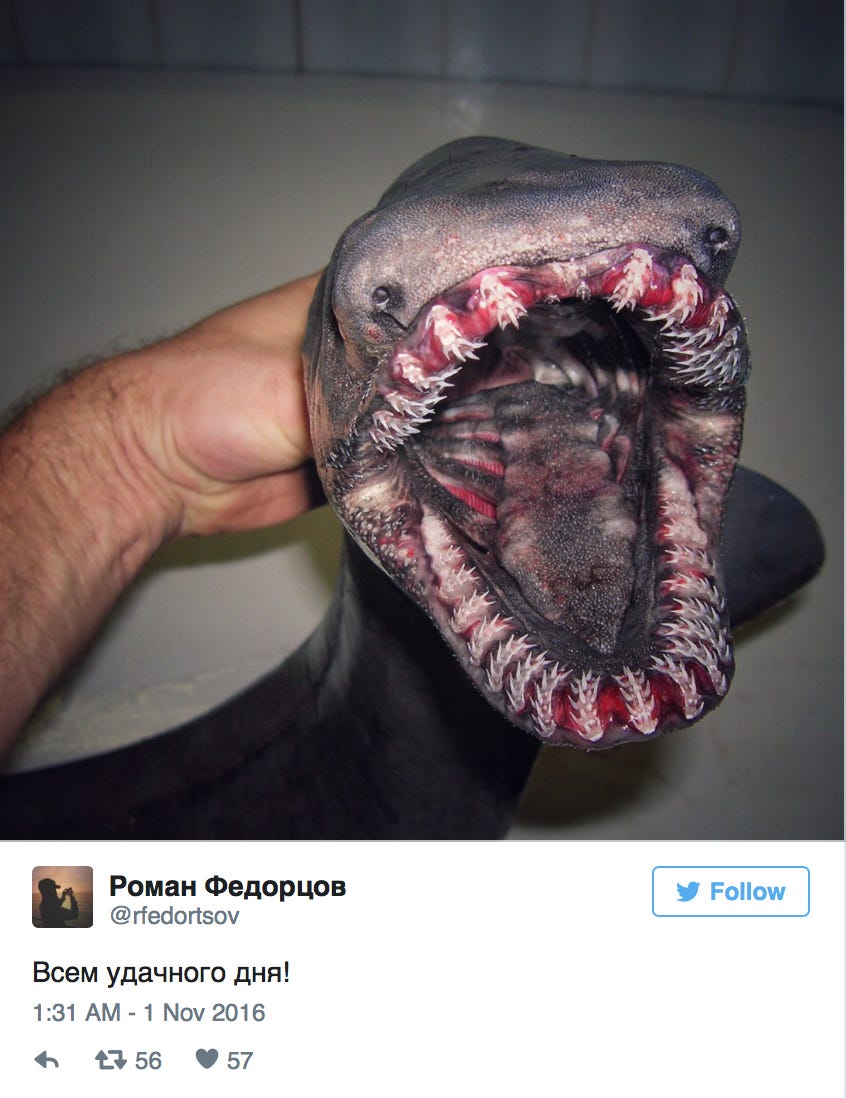 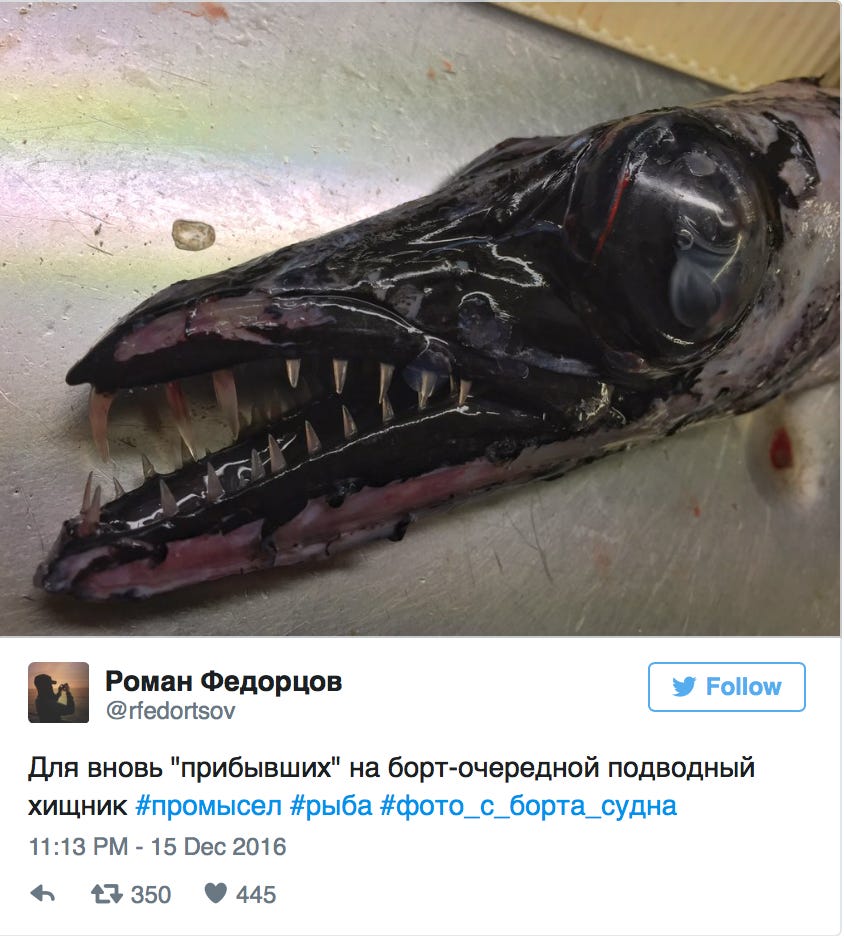 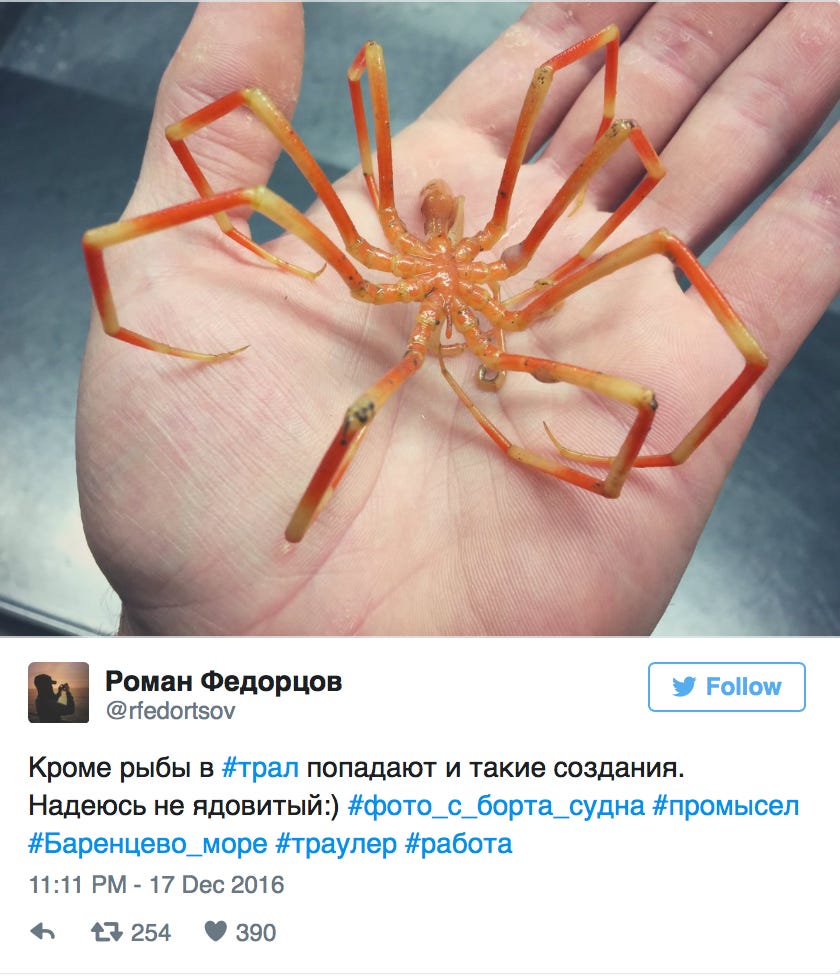 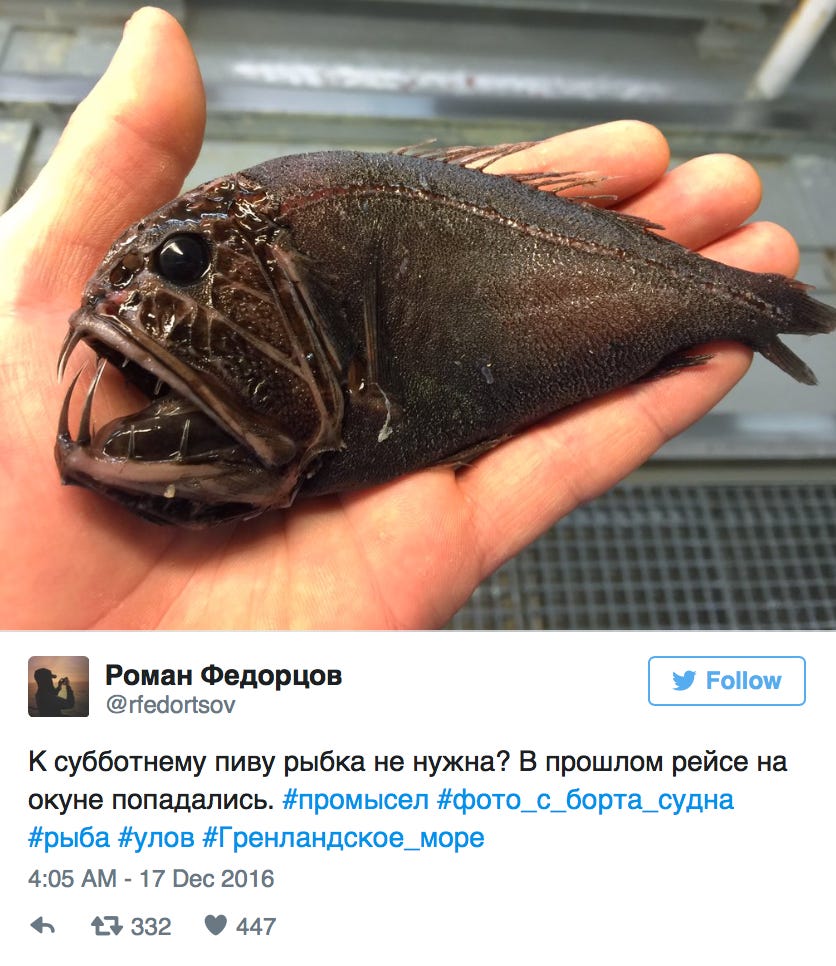 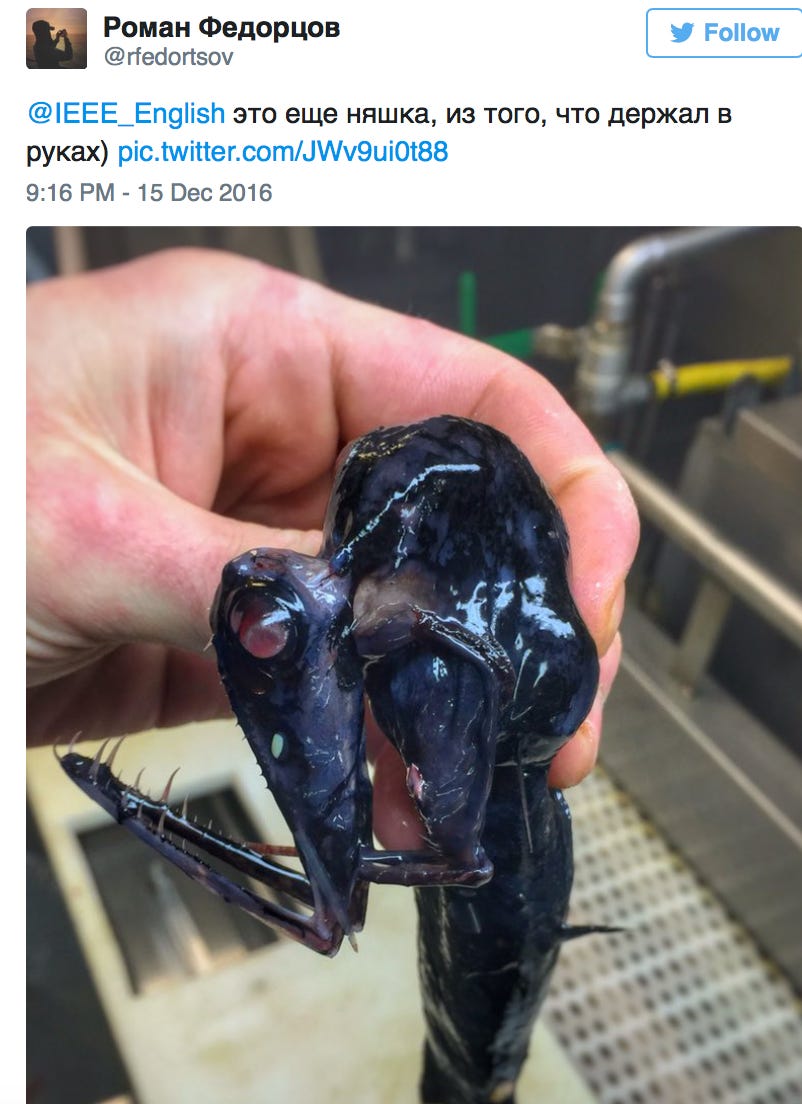 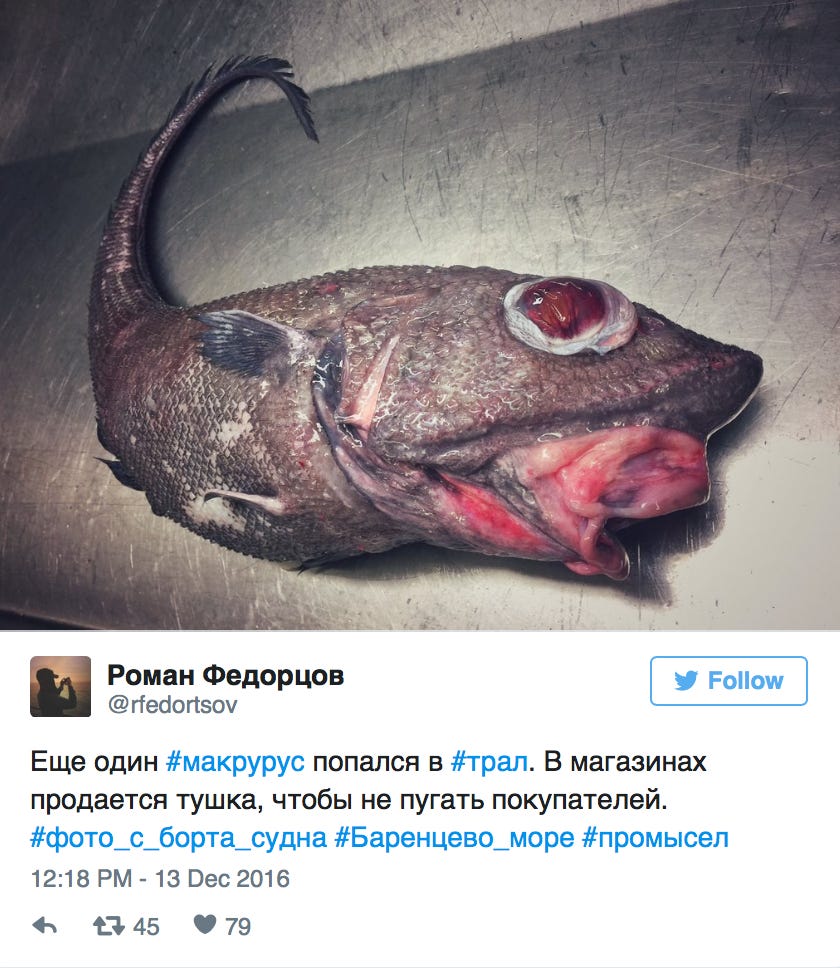 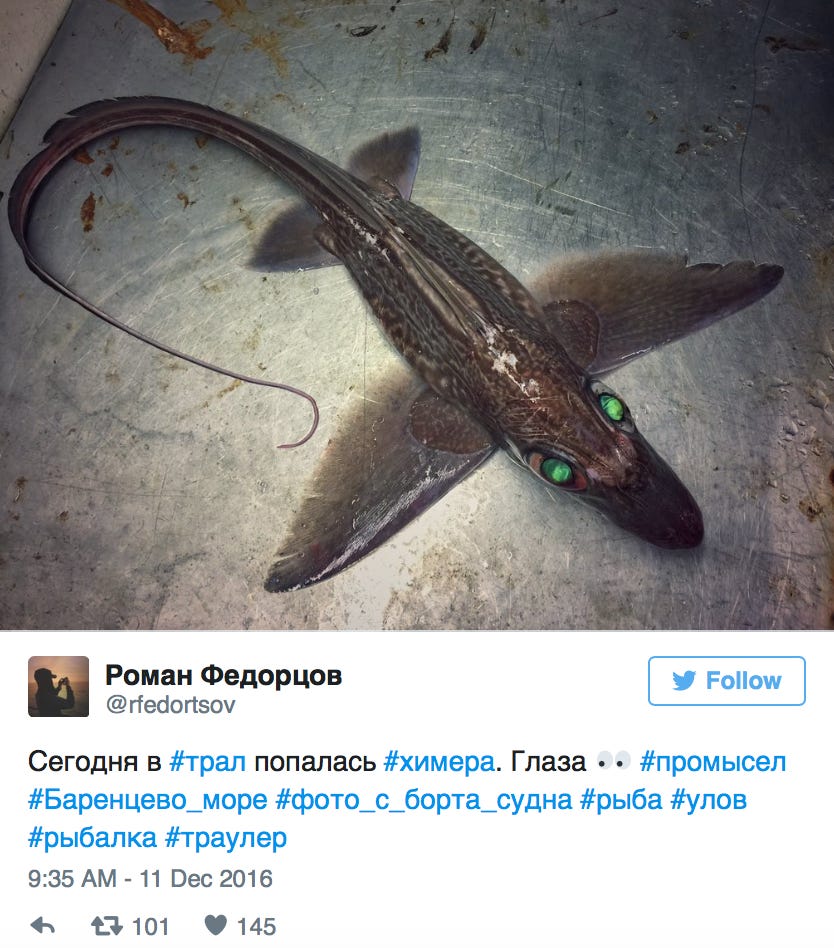 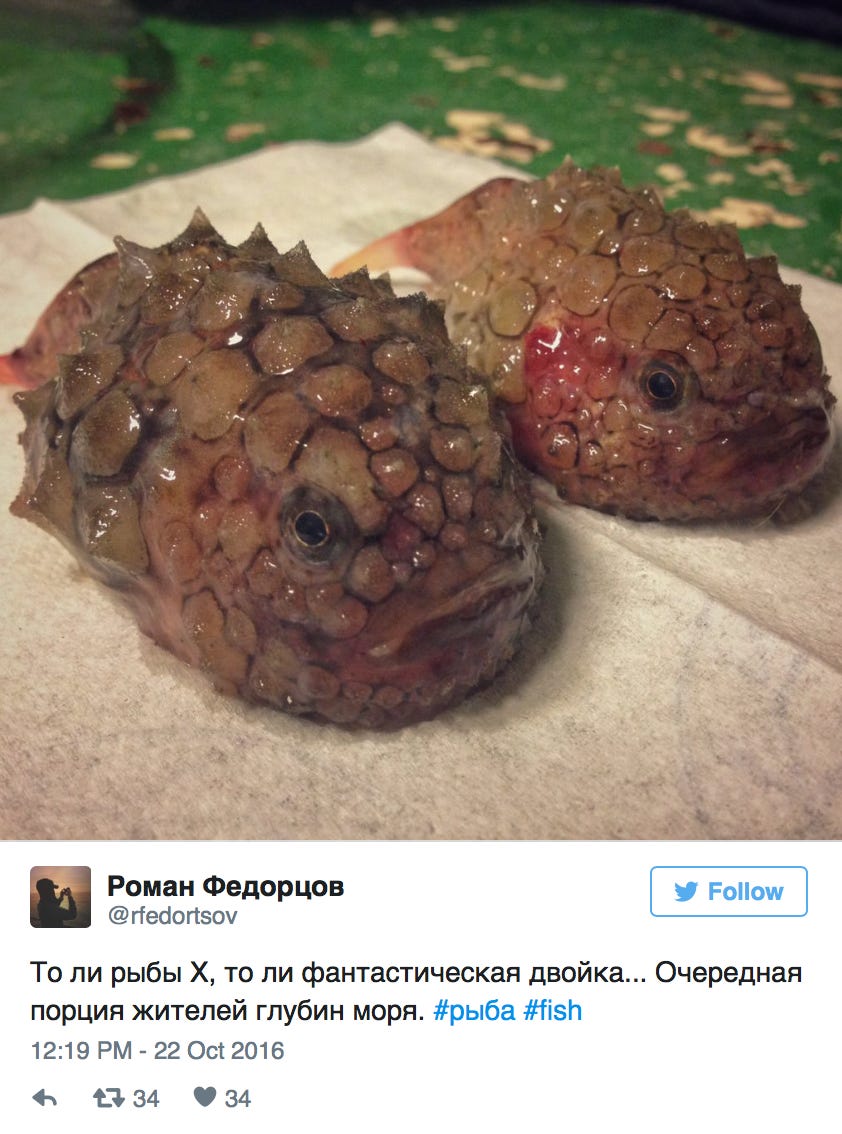 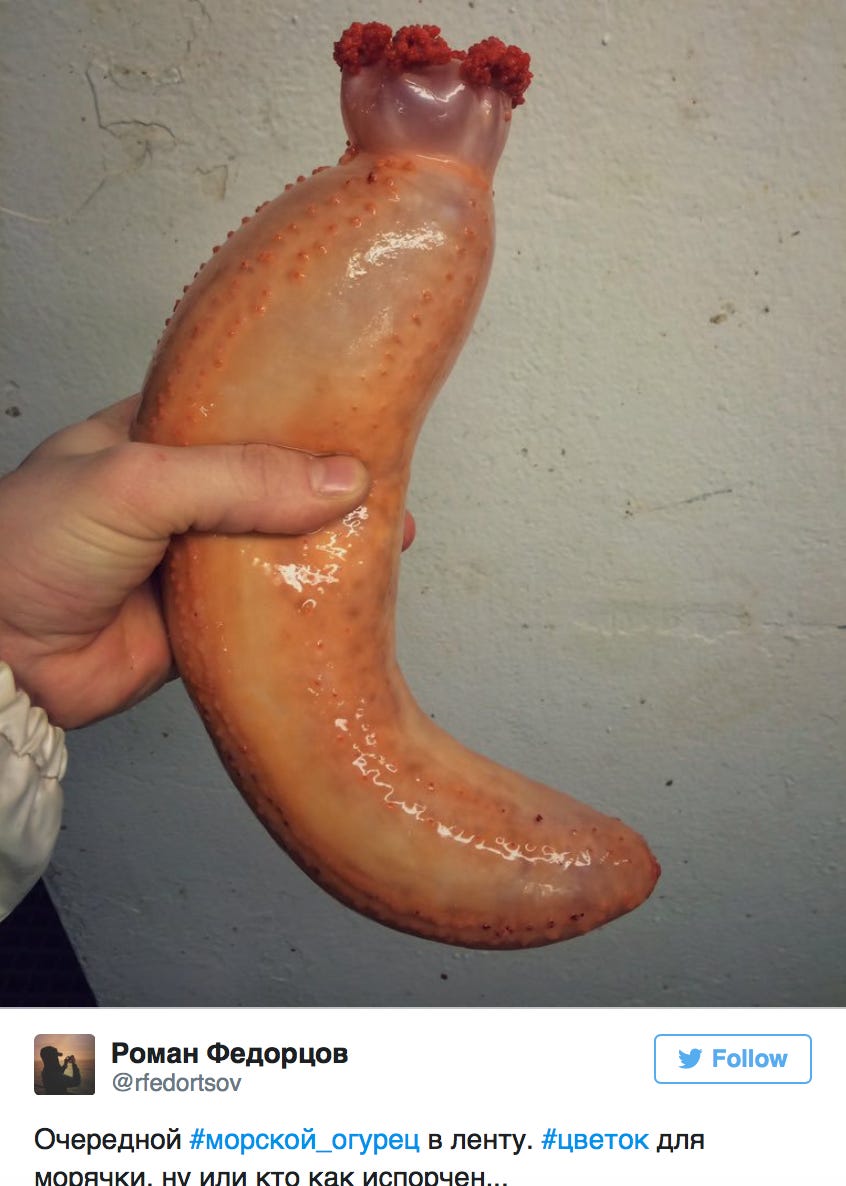 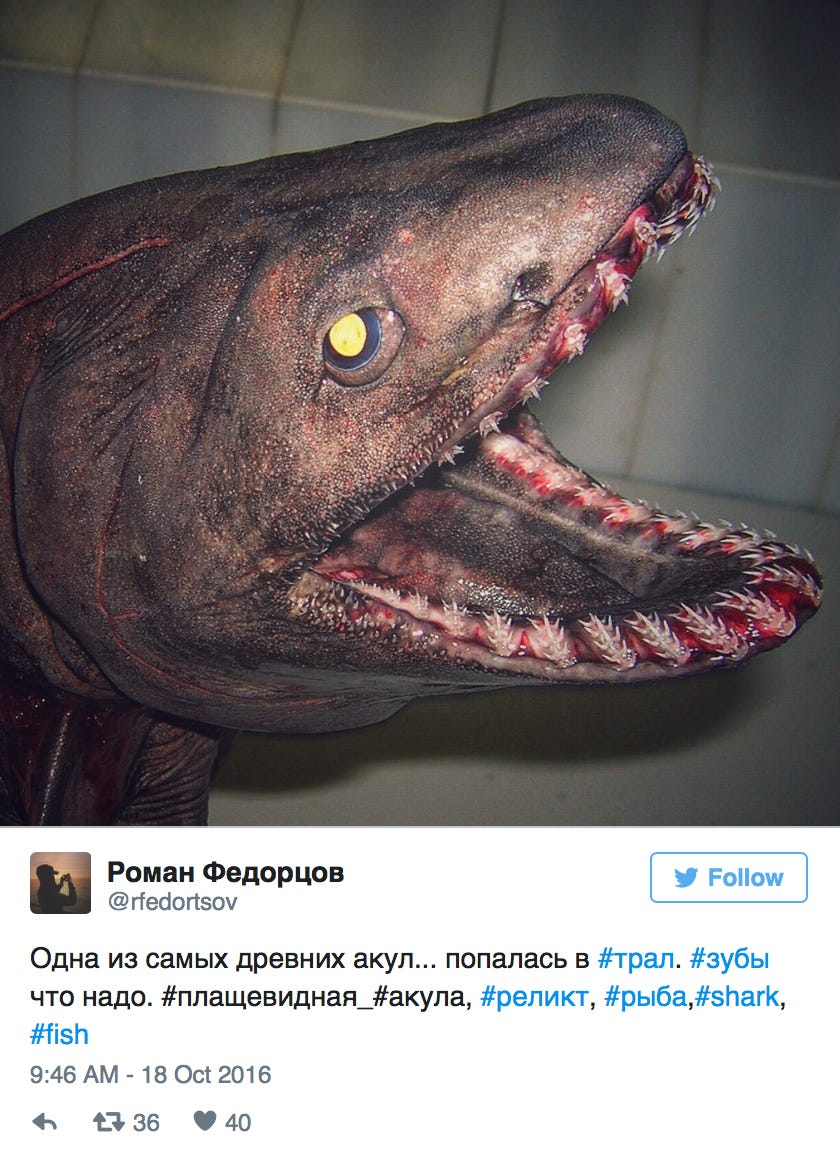 How long have I been telling you people? Have long have I been telling you people that the ocean and other large bodies of water are nothing to fuck with? I’ve been telling you people that for a LONG TIME. And those pictures do nothing but drive my point home ever harder. What. The. Fuck. is going on in those pictures? We don’t know and that’s the scary part. Oceans hold trillions of those goblin-like creatures. Shit that never had any intention of seeing the light of day. The bottom of the ocean is like God’s laboratory. The place where he lives out his wildest, disgusting dreams. He thinks no humans are ever gonna see what he’s doing down there so he goes bat shit crazy with the combinations. Unfortunately sometimes deep see fisherman come across his sick and twisted science experiments and show them to the world. It’s fucking terrifying.

My advice has always been to stay as far away from oceans and large bodies of water as possible. It was easy for me to do because I was perched up in my Midwest ivory tower away from anything larger than a lake. Well those chickens have come home to roost because in about a week I’m heading much much much closer to the ocean. Much closer than I’ve ever been in my entire life. I’m very much looking forward to relocating but I’m very much not looking forward to being that close to an ocean. Here is my promise to you. Despite living a stones throw away from the ocean I will never EVER step foot in it. Cause undoubtedly one of those things would tickle my toes and I’d cry.