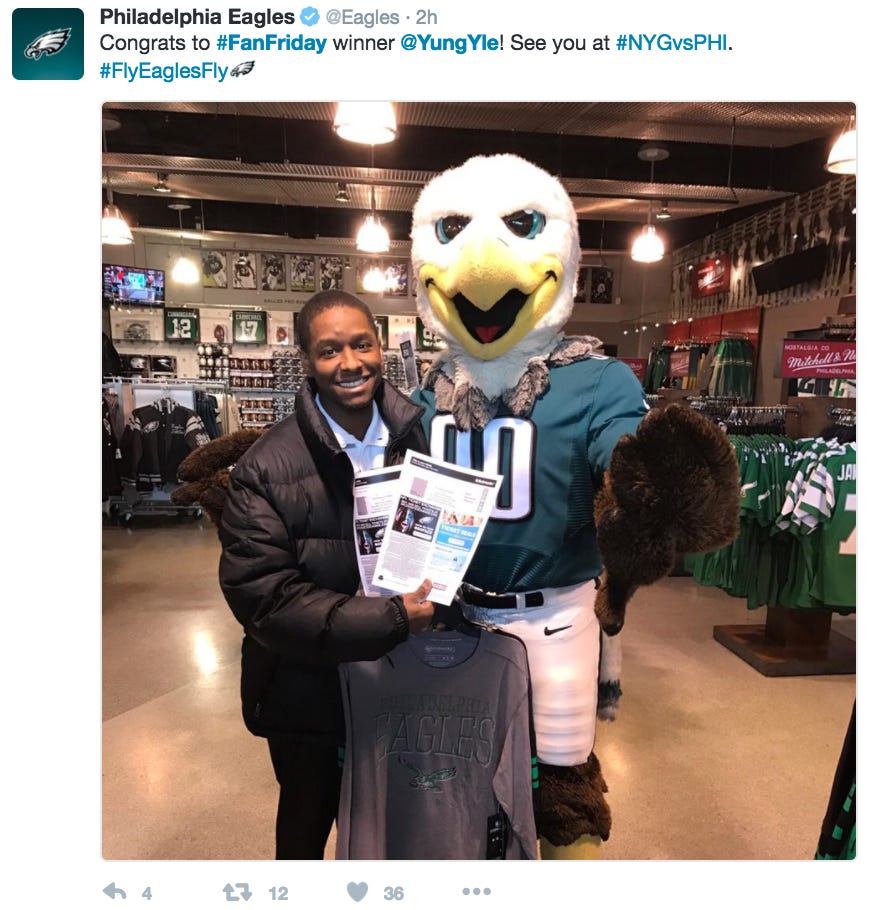 PV – The week of every home game, the Eagles run a promotion called #FanFriday, in which Swoop could be hanging out anywhere in the area. It could be the Cherry Hill Mall, Dilworth Park, Pat’s and Geno’s, or pretty much any spot you can think of. The first fan to high five Swoop at that particular spot earns two free tickets to that week’s game. Well, with the Eagles taking on the Giants this week on Thursday Night Football, the team understandably moved up #FanFriday to Tuesday. By an unofficial count, that is 12 times that he has won free tickets since the playoff game against the Saints in January 2014. 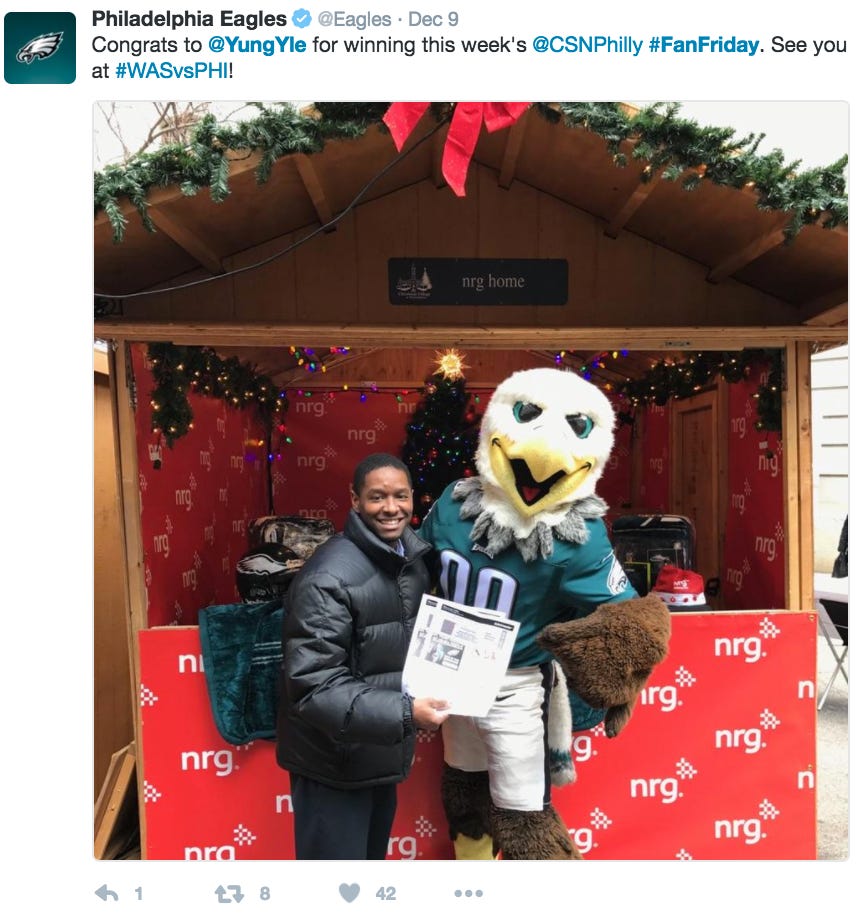 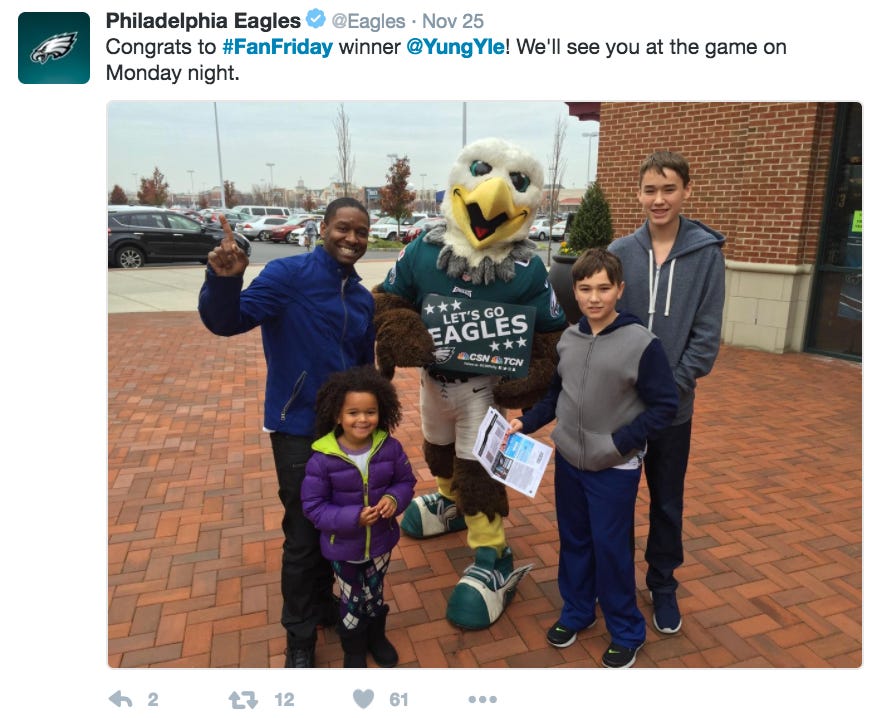 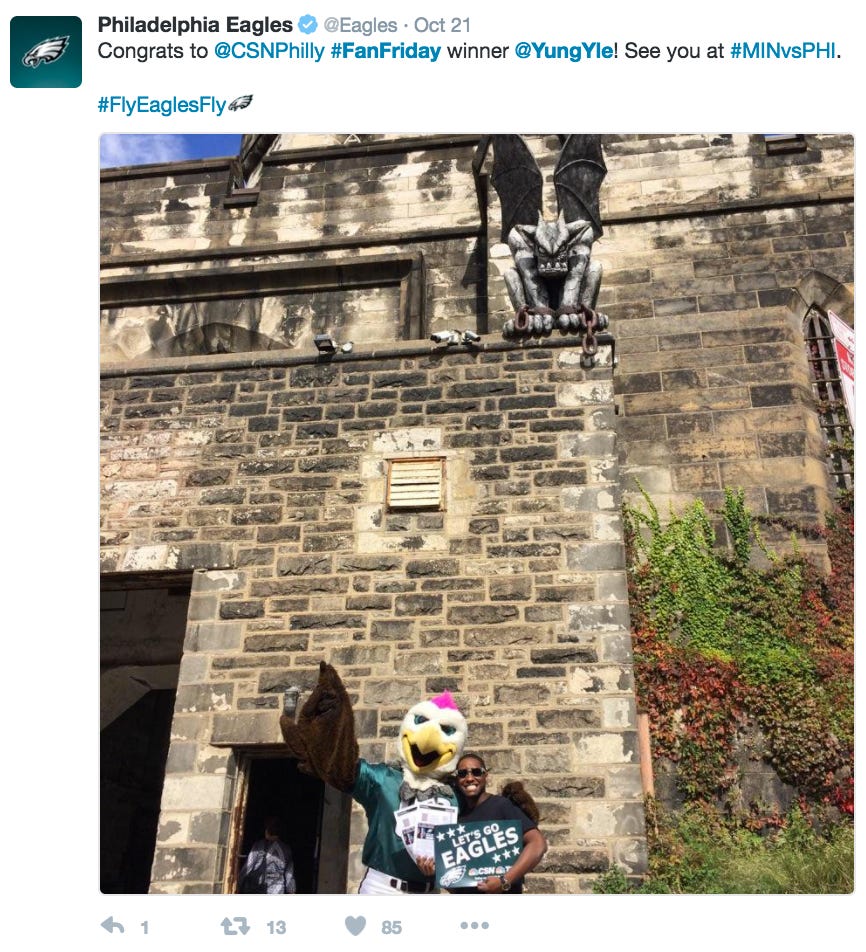 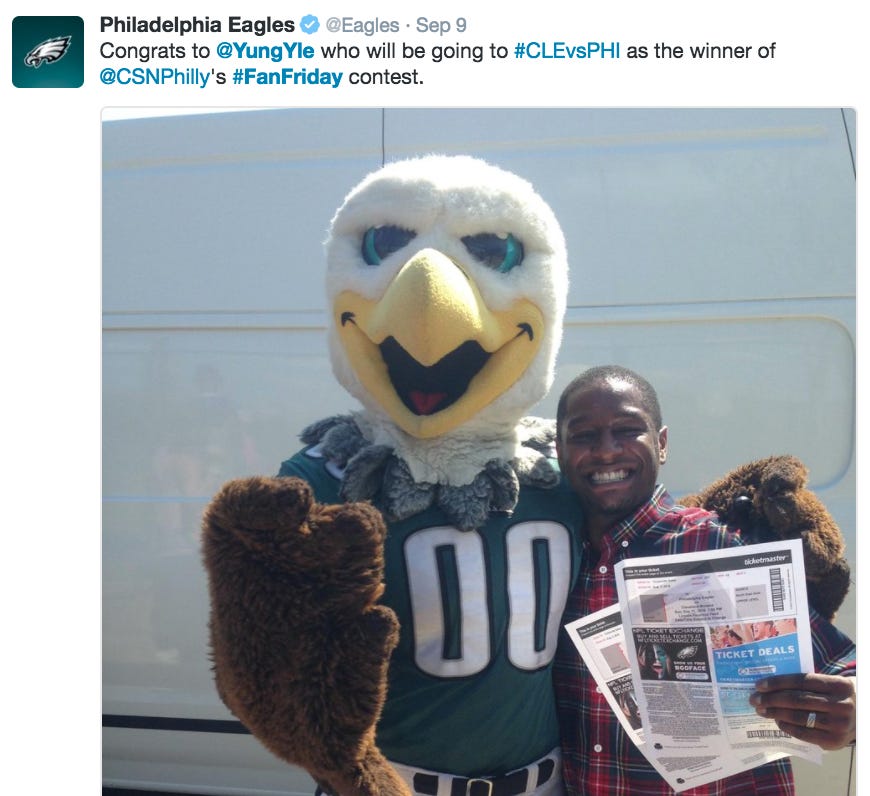 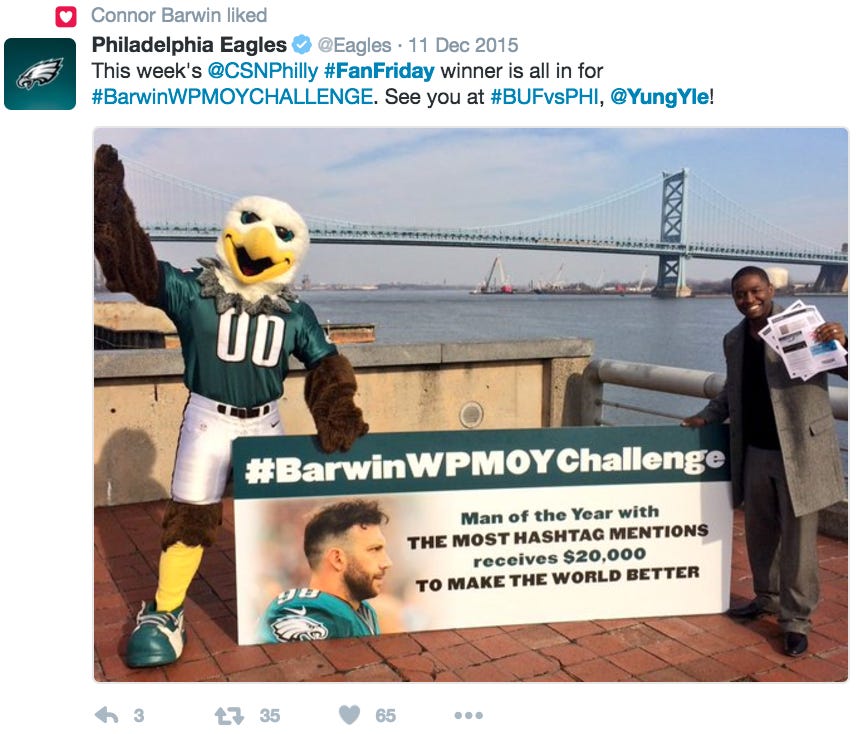 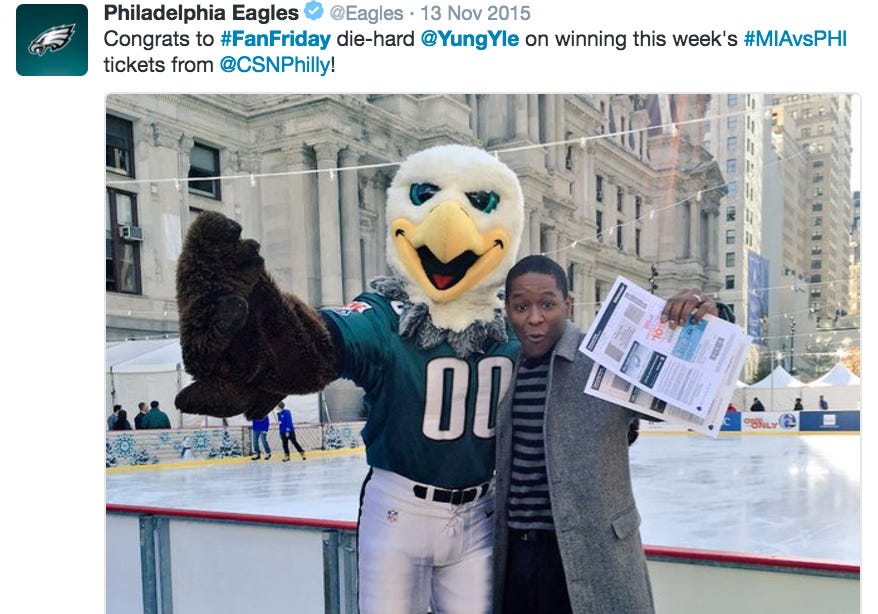 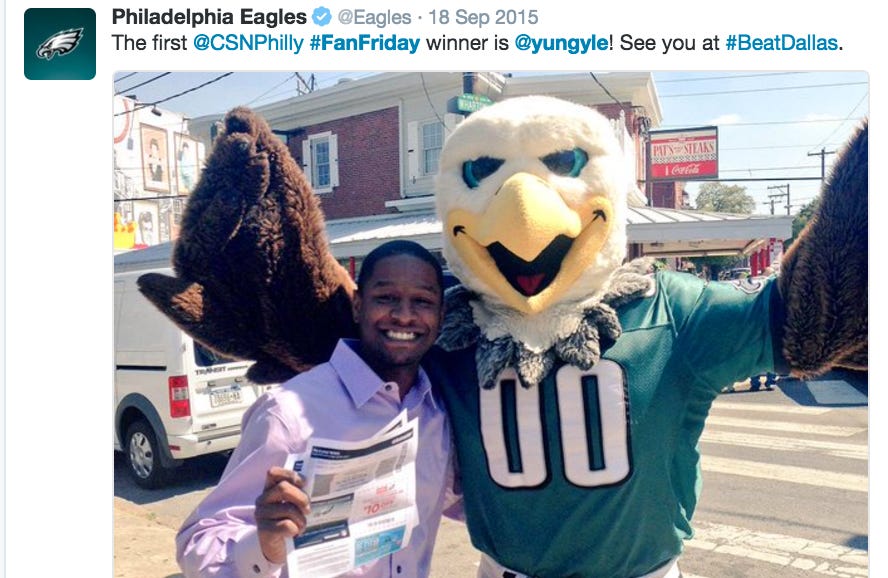 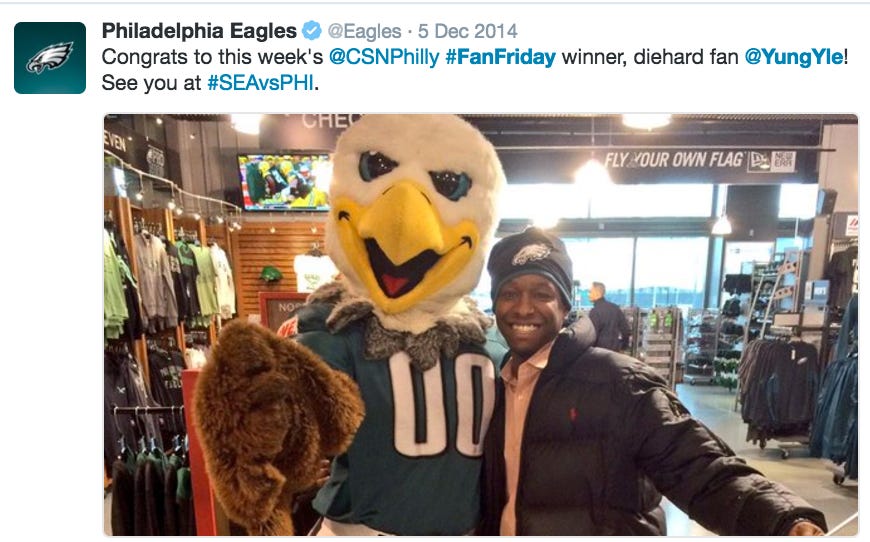 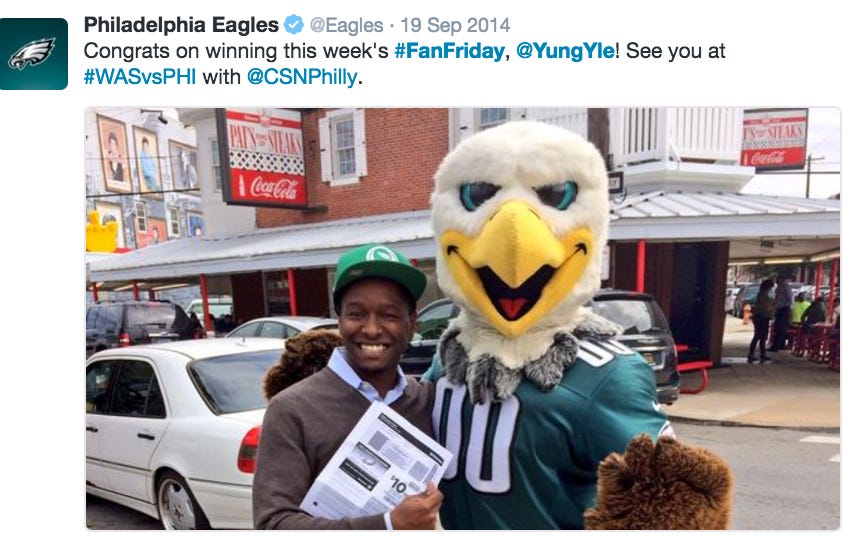 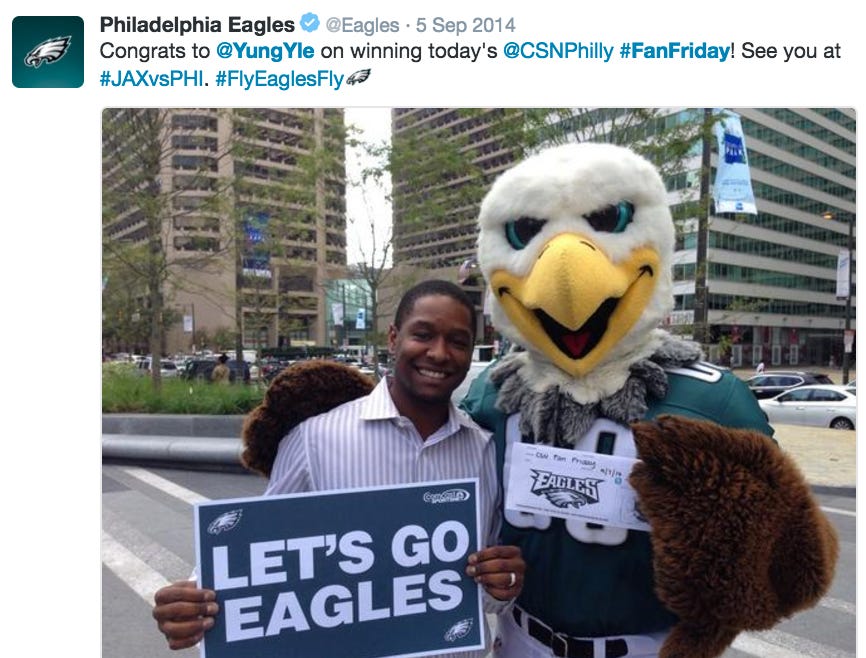 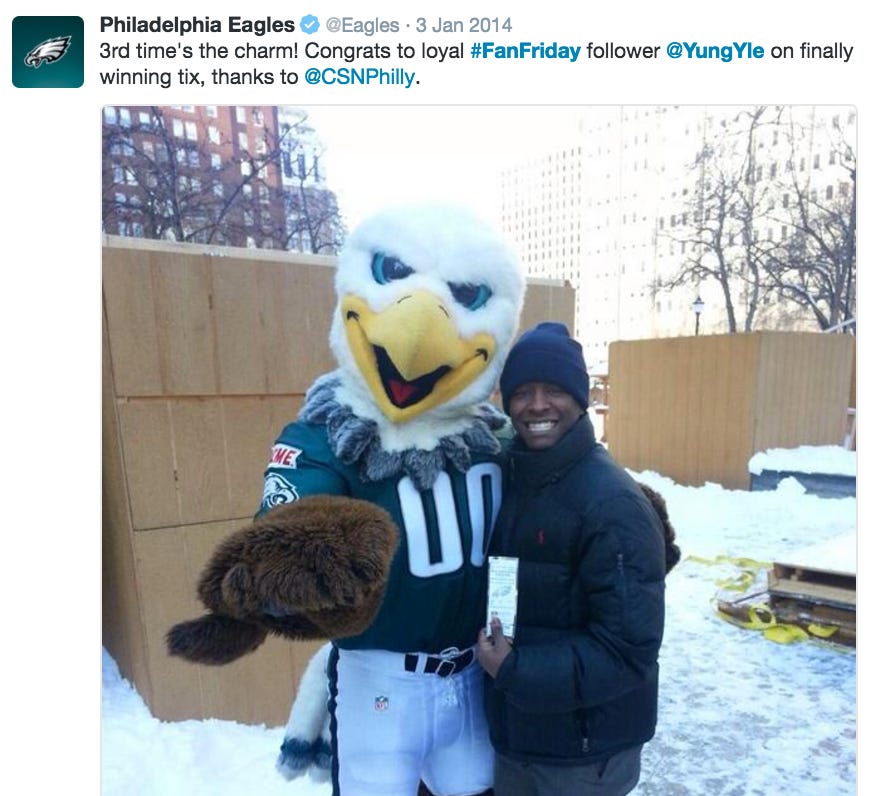 Good for Yungle. It’s nice to see a married man with kids can take time out of his busy schedule on a weekday to track down and high five a giant bird mascot. It takes heart, determination, and luck to win this #FanFriday competition once, and my man Yungle has done it at least 12 times – Including the last 3 home games. What can I say? Some people have that “It” factor and are better than us common folk.

Orrrrrr he’s got a mole on the inside telling him exactly where Swoop is going to be located:

No shit this was an inside job. And you know what? I don’t hate Yungle for taking advantage of the opportunity to get $200+ worth of free tickets every week. You know who should be embarrassed? The fucking Philadelphia Eagles. If they can’t recognize how much of a bad look it is for the same man to win the same contest EVERY WEEK then the incompetence of this organization knows no bounds. Nobody noticed the pattern? Or worse, nobody cared? It’s a spit in the face to the fans who are actually trying scramble for the scraps on Jeffrey Lurie’s table. Like I said, more power to Yungle for snaking it till he makes it, but it’s not a good look for the Birds – Yet again.

Unrelated but related: Stat of the day. Absolutely LOVE watching the paint dry on this offense as they march from sideline to sideline across the field.