Thrillist - The deep ocean is a marvel, and is home to some serious treachery. It’s also brimming with mysterious creatures, like the elusive ghost shark, which for years evaded researchers who searched for a glimpse of it in the wild, often to no avail.

But video released Friday by the Monterey Bay Aquarium Research Institute in California purports to show the first ever footage of a ghost shark in its natural habitat. According to National Geographic, the creatures, known officially as chimaeras, are prehistoric, having roamed darkened waters for the last 300 million years. Chimaeras are relatives of sharks and rays, but have hollowed eyes and a nearly translucent body, making them weird — like aliens of the ocean floor.

The footage was captured by a remotely operated vehicle (ROV) off the coast of Hawaii and California, and researchers say the encounter pretty much boiled down to happenstance. Previously, ghost sharks had only been seen in the southern hemisphere.

Dave Ebert, program director for the Pacific Shark Research Center at Moss Landing Marine Laboratories, told the magazine: “Normally, people probably wouldn’t have been looking around in this area, so it’s a little bit of dumb luck.”

So the internet is going nuts for this thing. First ever footage of “The Ghost Shark” which apparently has never been seen by humans before. Saw like 20 billion headlines about it in my daily internet scan. WHOA THE GHOST SHARK. CREEPY AF. SCARY AS SHIT. OMG. 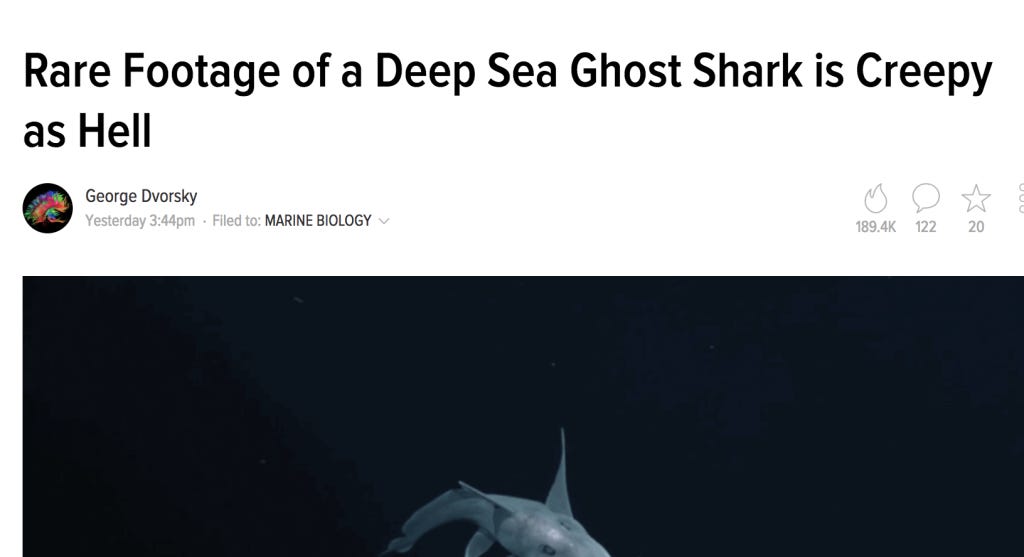 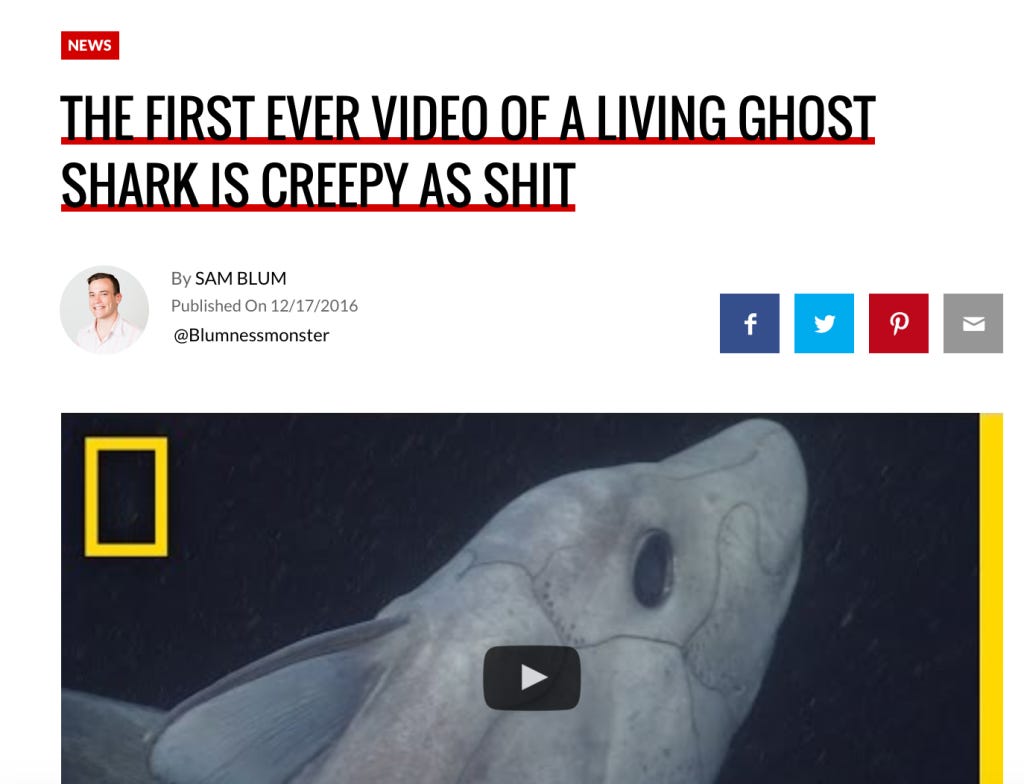 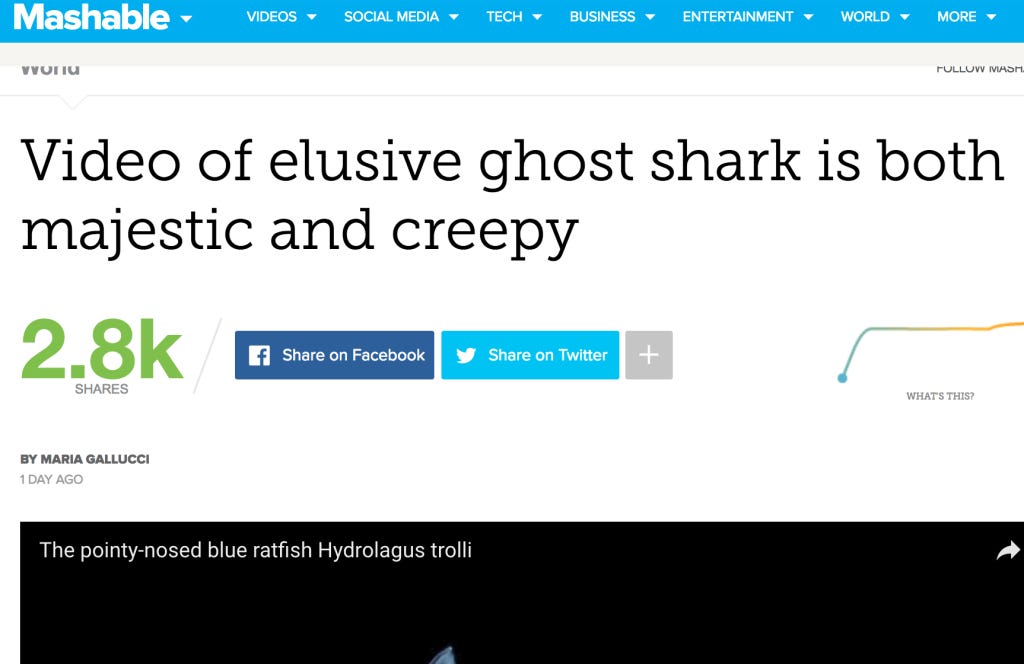 To say I was underwhelmed by the footage would be a massive understatement. Seriously that’s it? That’s the Ghost Shark? All I know is if you’re gonna have the name “The Ghost Shark” you got to come a hell of a lot harder than this. Old cheesy low budget CGI animatronix face lookin ass: 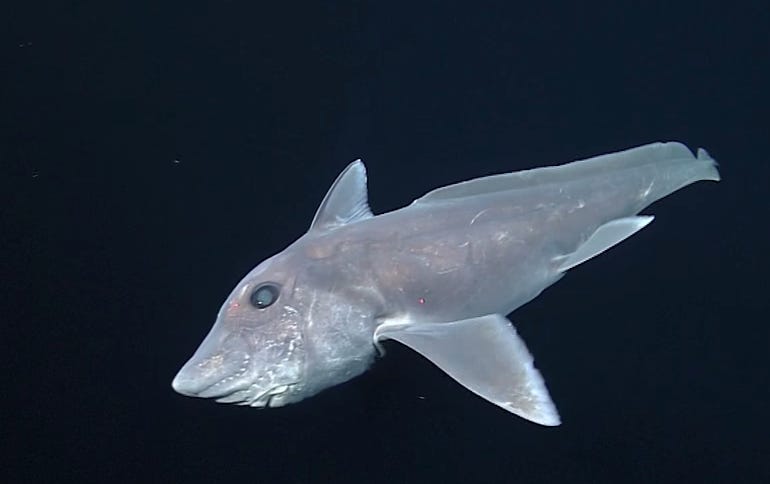 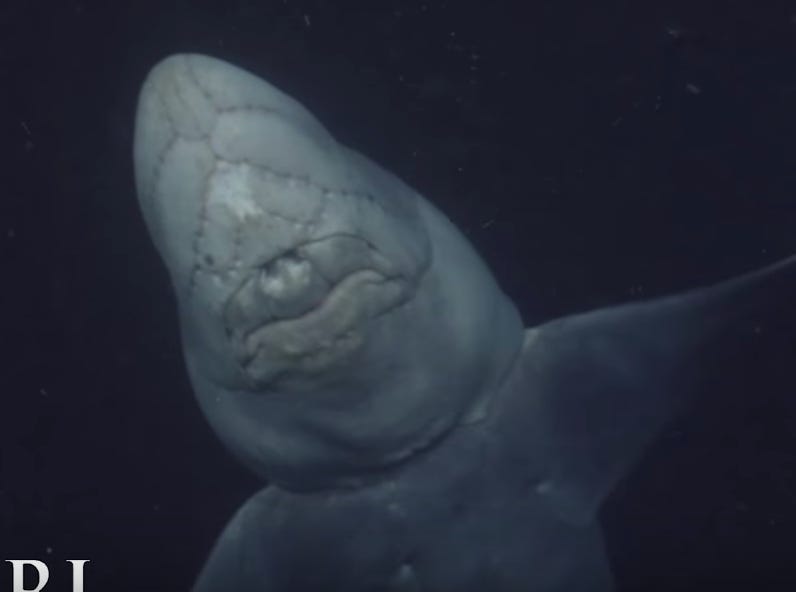 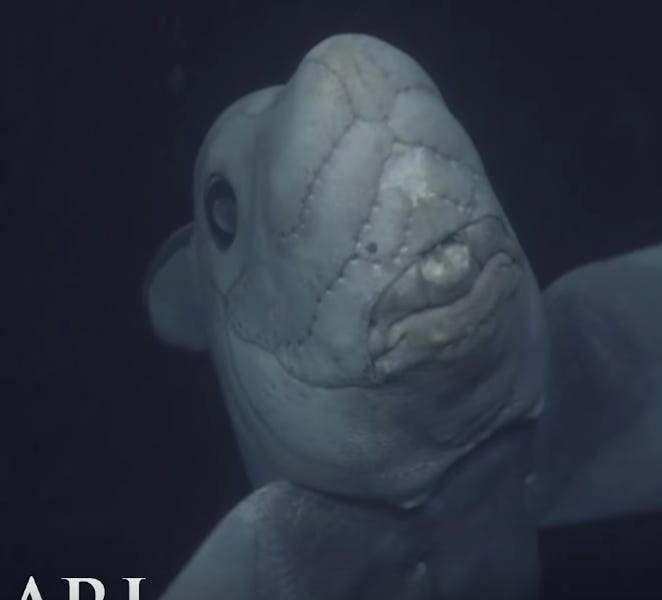 Honestly think we’re being punked, that this is some science nerd’s idea of a prank to go viral. I mean there’s just no way this is real life footage when Finding Nemo was 100 million times better quality filming. Fucking marine biologists back at it again with this shit.

Those close up shots kind of remind me of the Blobfish, by far my most favorite sea creature. 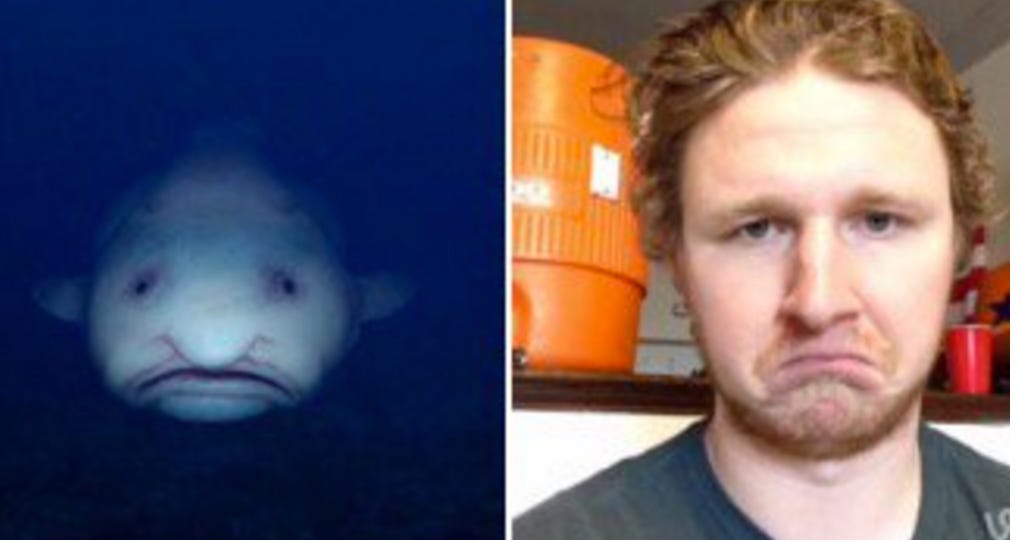