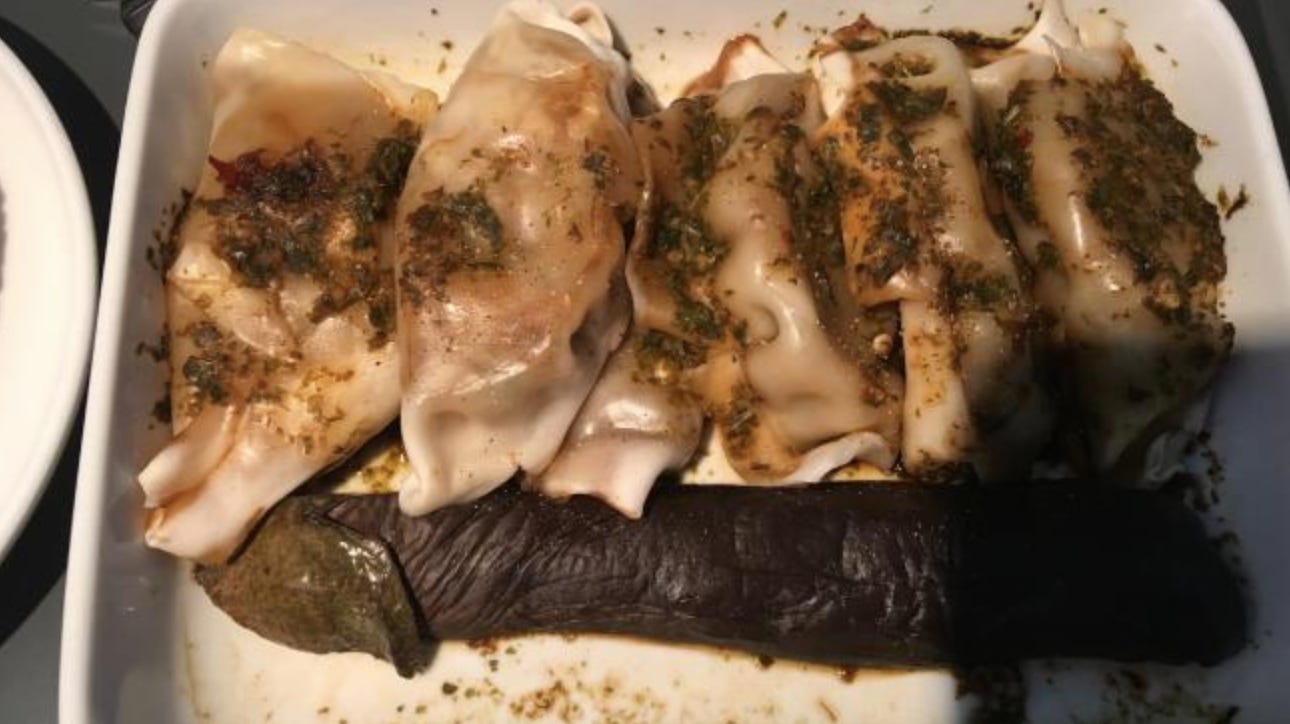 Eater- The eggplant emoji was born of innocent intentions. Like the vegetable? You can send your friends and family a cute eggplant cartoon. Good times for everyone. Unfortunately, young folks have commandeered the emoji and transformed it into sexual innuendo for their risqué texting, tweeting, and snapping purposes. Well, a Qantas Airways passenger in Australia was recently served what appears to be a real-life sexualized eggplant emoji for her in-flight meal. If your boss is walking by, hold off before fixating on this image. Let’s see, got a few dumplings that look pretty tasty and, uh, what else is on that plate? The woman who received this meal posted the above photo on Facebook, and she tells Australian news her server described the side item as “a root vegetable.” It certainly looks like something else. A Qantas spokesperson offered the media outlet a clarification.

That’s a dick. These airline folks can tell me that’s a vegetable until they’re blue in the face but I’m not buying it. That’s a dick mother fuckers. It might be a vegetable dick, but that’s a dick. I’ve looked at a dick everyday of my life (my own, you pervs, maybe a little difference in size if we’re in the trust tree) so I know a dick when I see a dick and that’s a dick. The thing that sucks about that dick food is I bet it’s awful because it’s a vegetable. Vegetables stink. If I’m gonna scarf down a food that looks like a giant dick it better taste awesome. You know how many foods are shaped like dicks? The best kinds. Hot dogs, popsicles, sub sandwiches, long john donuts, etc. Each of those foods are delicious and I’m more than happy to eat them in public and face low brow ridicule cause of their deliciousness. But you’re outside your mind if you think I’m gonna scarf down a dick vegetable. It’s gotta bring something else to the table. That’s just the way it is.