Daily Mail – A three-month-old baby girl has been eaten alive by giant rats after her mother left her at home alone to go partying.

The child was devoured by rodents as she lay on a bed – and neighbours have called for her mother to ‘rot in jail’.

Her 26-year-old mother, who has been arrested for child neglect, returned home to discover the horrific scene in the township area of Katlehong in Johannesburg.

PHEW that was close! For a second there I thought we wouldn’t get an official Worst Story Of 2016 before the New Year, but rest assured, South Africa and their giant rats are here to bail us out. Little girl just casually being eaten by gigantic rats while she was sleeping and her mom was out hitting the bars. Uplifting, enlightening, covers all bases for the holidays. Jesus.

Also just FYI this is one of those situations where, if I have to read this shit, you do too. That’s the deal.

Describing the horror scene, a neighbour said: ‘The baby could only have died a painful death. The infant’s tongue, eyes and fingers had all been eaten.

‘Besides the missing body parts, the remains of her body had bites and wounds all over that were inflicted by the sharp teeth of the rats. This woman must rot in jail.

‘She does not deserve to be a mother.’

NSFL look at the rats: 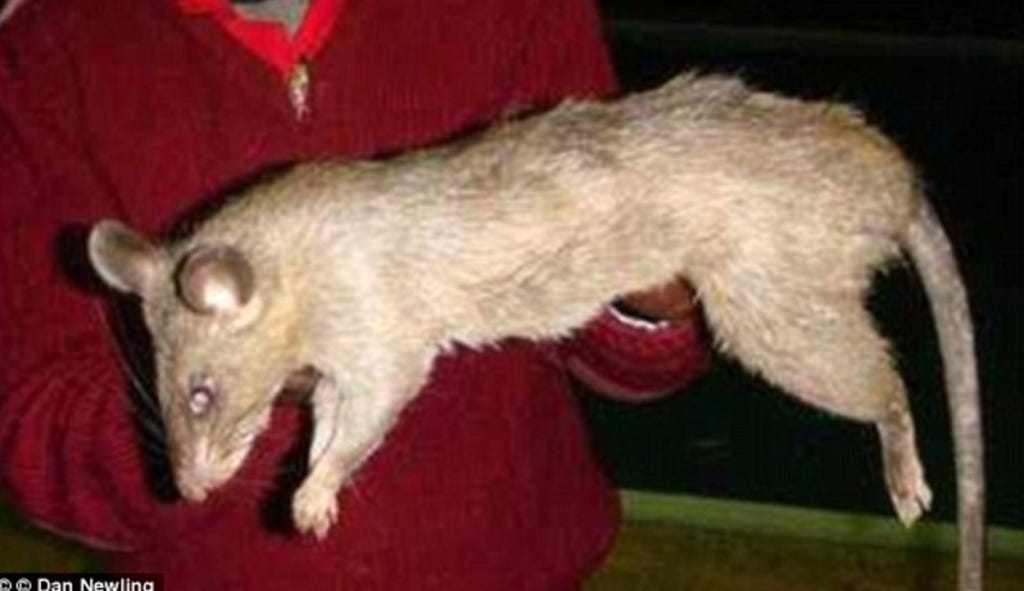 Had to post that picture with my eyes 85% closed and peeking through my fingers with one hand. Being a journalist is hard AF.