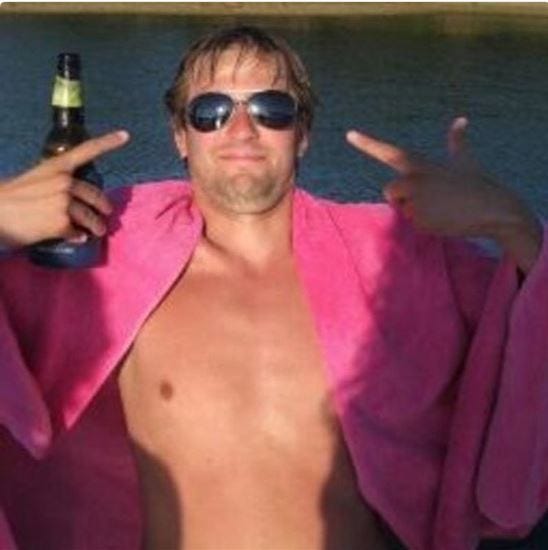 Who is Tech Guy Pete you ask?  Well he is pretty much the most important guy at Barstool.  He runs all of our tech shit.  Without him we literally wouldn’t be able to turn on a camera or microphone.  Why haven’t you heard of him yet?  Well he is more of a behind the scenes type guy.  Also he seems like a fairly buttoned up dude.   He just works his ass off and gets the job done.  Sort of a techie I’d say.

At least that’s what I thought until this weekend. Because Friday we had our Holiday Party and boom all of a sudden “All Business Pete” shows up from the clouds like a party animal.   Total stunner.  It was like David Banner turning into the Incredible Hulk.  I didn’t even know Tech Guy Pete had a twitter account.  It also reopens the investigation on whether it was “All Business Pete” who ate the potato skin out of the trash after all.   As a reminder Tech Guy Pete is the only guy with the ability to delete footage on our surveillance cameras.    Regardless of this fact I still ruled him out fairly quickly because Tech Guy Pete didn’t seem like a trash eater.  But All Business Pete is a totally different story.   That dude eats food of the trash for a living.   I may owe Racoon Nate an apology, but that nickname stays either way.