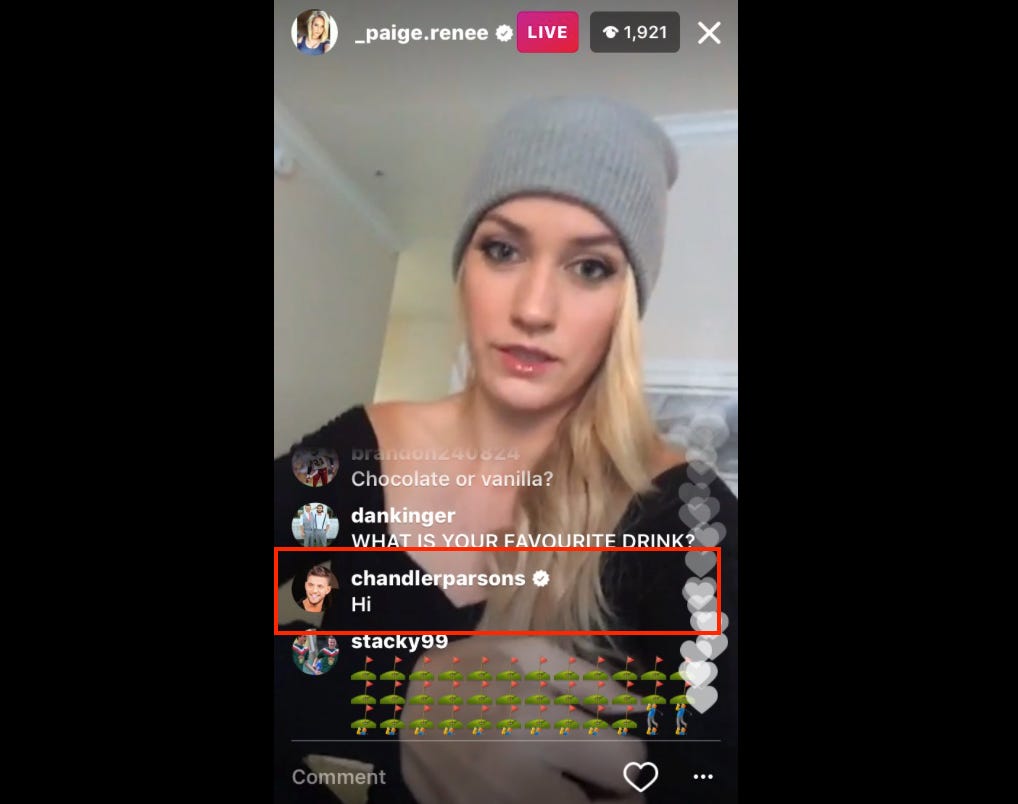 Hey! Back it up Chandler Parsons! BACK IT UP! That girl is engaged to be married to someone that’s not me. She’s taken and only I can be the one plotting how to get her back. Got it? K good. God damn Chandler Parsons has zero quit in him. I’ll give him that. His Periscope comment game is real strong. First he was trying to get a former smoke show to show him her tits and now he’s going after my-girl-but-she’s-kinda-sorta-engaged Paige. I won’t let that happen. I can’t let that happen. I’m not too worried though. If something were to happen with her engagement (not rooting for it, just saying, things happen) who is Paige more likely to rebound with, a 6 foot 9 millionaire NBA player or a 5 foot 11 Viral CR Blogger? That’s what I thought.