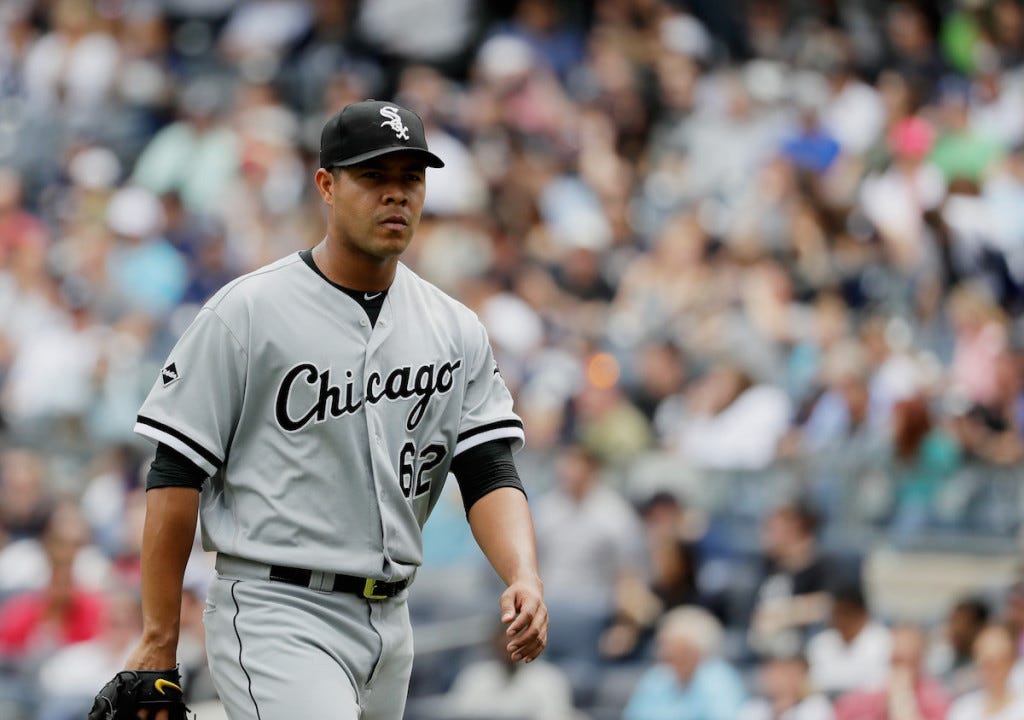 The second that the Yankees started stocking up on prospects, my first thought wasn’t something like, “Holy shit! The Yankees are gonna be really good in a few years!” No. Well, they will be, but that wasn’t my thought. It was more along the lines of, “Yeah, they’re definitely going to package some of these dudes together for a big gun, aren’t they?”

I actually thought it’d be Chris Sale, to be honest. After years of floundering around in mediocrity — even with some postseason appearances, they haven’t been a World Series threat in about eight years — I figured that once the Yankees actually committed to a fire sale at the trade deadline, which I commended them for, that a big trade would be on the horizon. Of course, you don’t trade all of your new ponies. But it’d be wise to use some of them to get yourself a horse. A legit ace, something the Yankees currently do not have.

Like I said, Sale fit that mold better than anybody that was on the market coming into this offseason, but perhaps, with all their new, young talent, the Yankees felt like their window to win stretches longer than the three years of control that Sale has remaining on his contract.

Enter: Jose Quintana, who is under team control through 2020. The name’s not as sexy as Sale’s, but I honestly didn’t realize how good he was until WhiteSoxDave started listing off every top prospect in the Red Sox organization as a potential package for Boston to acquire the left-hander this past trade deadline. I thought he was nuts, and he still might’ve overvalued him a tiny bit, but his valid point remains the same — Quintana is really, really good, and a lot of people don’t realize that.

Even if the Yankees were to acquire Quintana, I don’t think that catapults them to the top of the American League East. The Red Sox are still the better team, but New York could most certainly jump into the conversation for runner-up between Toronto and Baltimore. The Blue Jays’ starting staff is still one of the best in baseball, but they’re losing some major thunder in their lineup if and when Edwin Encarnacion and Jose Bautista sign elsewhere. Same to the Orioles now that they’ve pulled their offer to Mark Trumbo off the table. Plus, who knows what a Red Sox team without David Ortiz will look like? Still a ton of talent, but let’s not act like that loss is no big deal. It’s huge. That, and it took a major surge at the end of the year for the Red Sox to win the division, anyway.

If what we saw from the Yankees from the month of August on was a sign of things to come, then I think they should pounce on a deal like this. They’re ready to win now and later. Their best chance to win a World Series title might be soon after 2017, but that doesn’t mean that they can’t make things interesting in the American League East right away. And if they’re a contender as soon as next season, that’s only going to make their young talent even more battle tested once that true window of opportunity comes around in a couple of years.