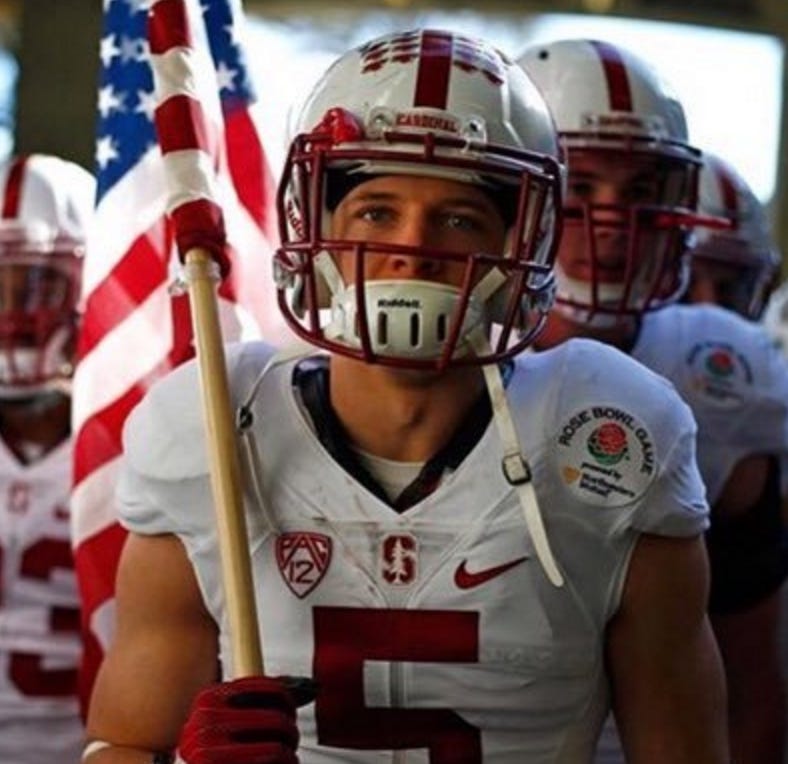 I play football for the love of the game.

When I’m out there, my goal is simply to get as many yards as I can every time I touch the ball. There are a lot of things at Stanford that require me to think deeply, but football isn’t one of them. You prepare meticulously so that when the time comes, you don’t have to think. It’s about instincts and reactions. When the whistle blows and the ball is kicked off, I take a few deep breaths, focus and then explode.

I’m not the same player I was last year. I’m better. And now I’m ready to become more of a leader. I’m not expecting everything to be perfect. I know there will be a lot of challenges, but now I have a better understanding of how to handle them, whether it’s on the football field or in a nuclear energy class. So this year, if I see a freshman or a sophomore struggling, I’ll be the one to let them know that everything’s going to be fine.

Sometimes all you need is someone to believe in you. 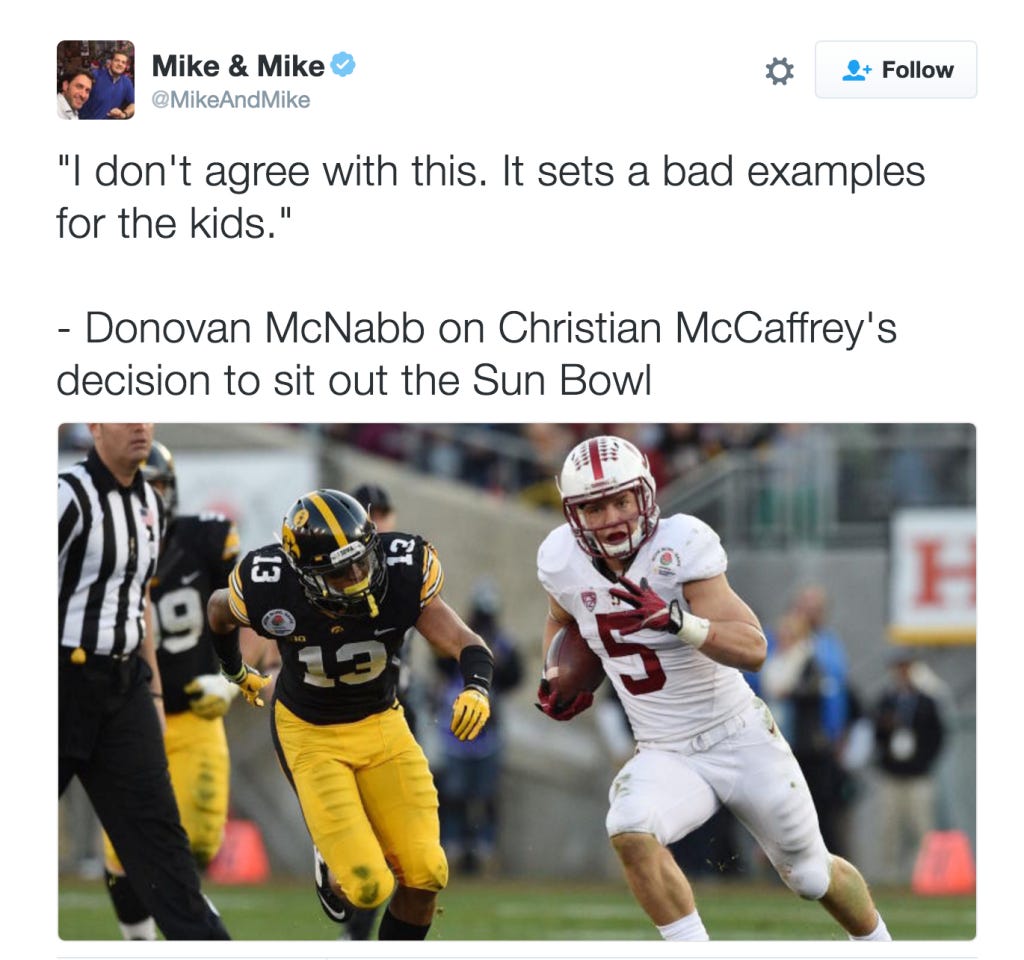 I’ll get this right off my chest. I LOVE Christian McCaffrey so if this comes off as biased then sue me. I’ve been scrolling through twitter all day and keep seeing tons of people rip McCaffrey to pieces about how he’s going to sit out the FUCKING SUN BOWL so he can begin preparing for the NFL Draft. Are you kidding me? It’s the SUN BOWL?!?! If it was the Rose Bowl then I would understand the fire in people’s eyes. If it was the college playoff I would completely get it (no chance he would sit that out). But we’re talking about the Sun Bowl in El Paso, Texas against unranked UNC. Read that article he wrote and tell me how you’re going to call him out for leaving. McCaffrey loves Stanford football and loves all of his teammates. Ask one person in that locker room and I guarantee they back him 1000% and appreciate everything he’s given to the school. By the way, the dude should’ve won the Heisman last year. STRAIGHT ROBBERY.

I wonder if McNabb recalls what happened to Jaylon Smith last year? In the Fiesta Bowl against Oho State Smith, a sure fire top tier first round pick, tore his ACL and LCL in horrific fashion. Jaylon Smith was that year’s Butkus award winner, given to the nation’s best linebacker. Smith fell into the second round where the Cowboys surprised many by taking him with the 34th overall pick. He signed a four year deal worth a little more than six million dollars with $2.9 million guaranteed. It’s estimated Smith cost himself about $18 million by playing in that game. Anyone that has an issue with this guy sitting out is fucking moron. Read his personal piece in the Player’s Tribune and I dare you to question if this guy is letting his teammates down and doesn’t care about the game. Christian McCaffrey can do whatever the fuck he wants.

P.S. Praying the Packers draft him. Him and Ty Montgomery out of a split backfield would be so much fun.