Russia's ambassador to Turkey was attacked by a gunman at an art center in Ankara https://t.co/76pgy18n6K

#pt: #Russia’s Ambassador was at an art exhibition. 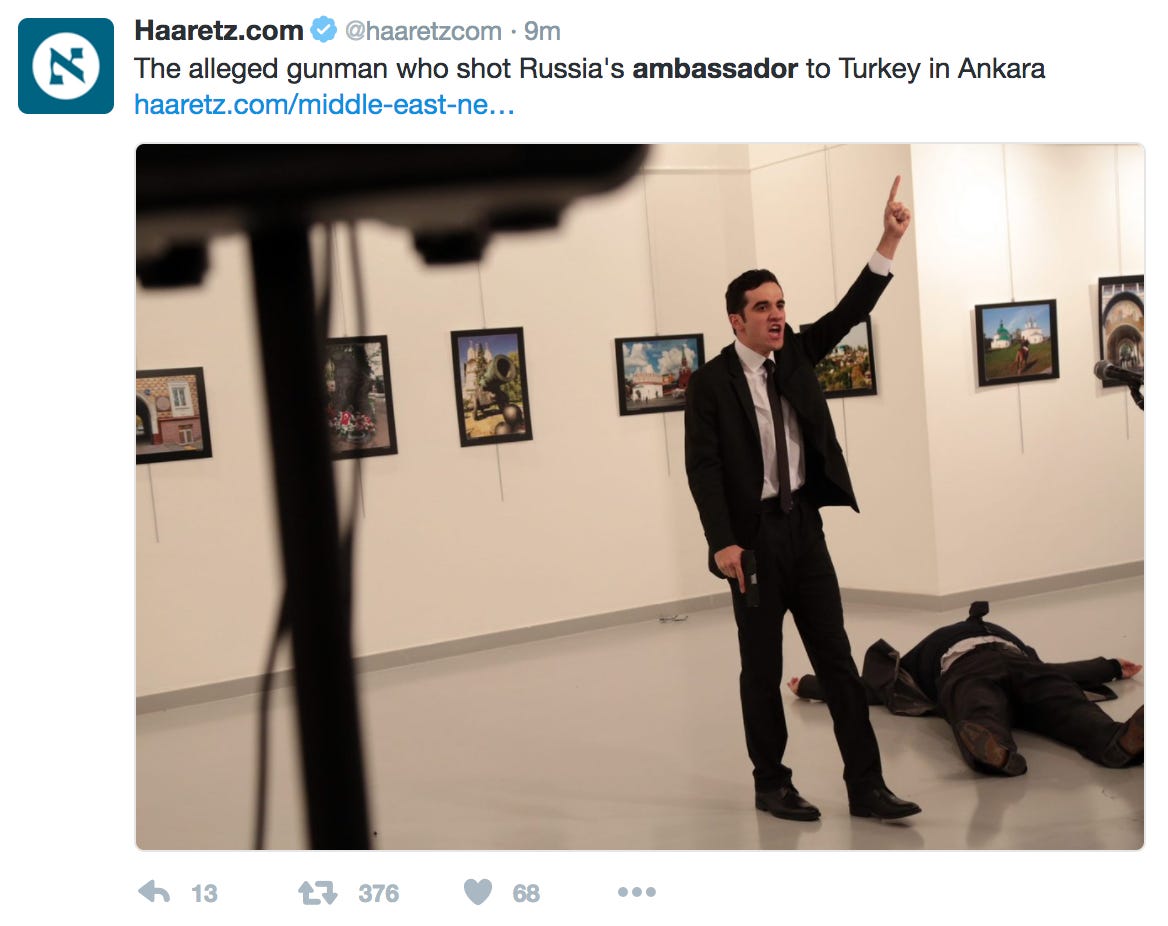 It took 102 years but we may have the closest repeat of the doomed Archduke Franz Ferdinand. Russia has been in extreme opposition to Turkey in how to deal with the Syria situation and with ISIS. It’s chaotic. From broken ceasefires to militaristic taunting to extremely intense and mostly unsuccessful negotiations. Now we’ve got the Russian Ambassador to Turkey shot and potentially killed at an art exhibit in Turkey’s capital.

Not good. Not good at all. This just happened and is a developing situation. Hold onto your butts, will be fascinating to see what unfolds.

It’s not funny but I wouldn’t be doing my job if I didn’t comment that there are no clear reports on whether or not this is James Bond. Would be a shocking move from the Brits. 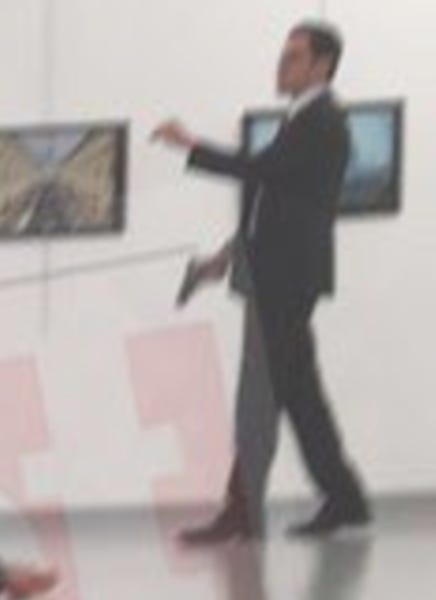 Just saw video of the shooting. It’s WILD and incredibly disturbing. From the looks of it the shooter was part of his security detail… opened fire as the Ambassador was speaking.

Ambassador has died. I posted the video of him being shot here.

Russia's ambassador to Turkey has died after he was shot in Ankara, according to Russia's foreign ministry https://t.co/rVGstH5mVp pic.twitter.com/ZoXM80FWML

Reports of the shooter’s identity.