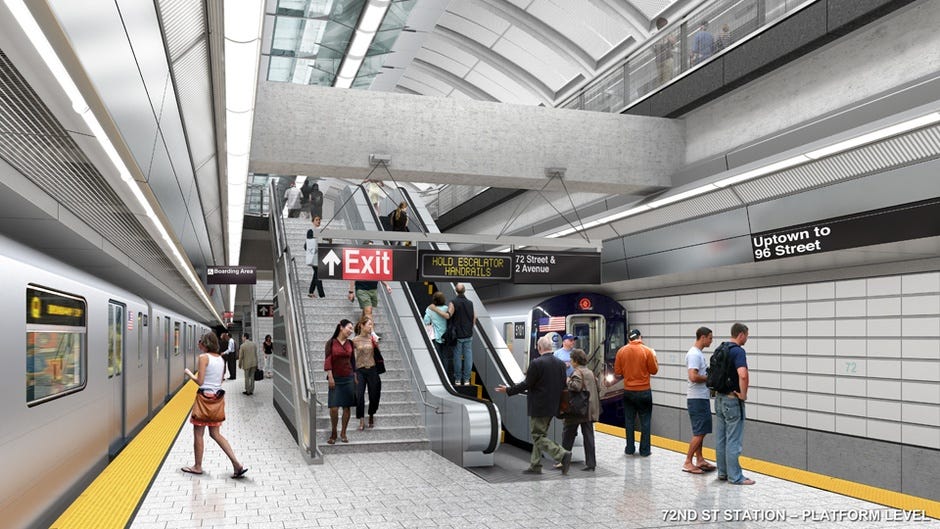 NYDN- Gov. Cuomo, in an ambitious, unflinching New Year’s resolution, guaranteed the long-awaited, long-delayed Second Ave. subway will open to the public on Jan. 1. “We all want to make it happen,” a beaming Cuomo said as he gave the Daily News an exclusive tour of New York’s newest underground marvel.

“We believe in the team, and that’s why we’re saying we’re going to open Jan. 1. It’s a leap of faith, but I’m willing to take that leap of faith.” Cuomo led the tour, pointing out platforms and track work at the spanking-new 86th St. station. The governor said the line will actually be ready for an inaugural run through its four stations on New Year’s Eve, just before the public watches the closing doors on New Year’s Day.

What a power move by Cuomo here, dunking all over Mayor de Blasio yet again. There is no way in HELL that the Second Avenue subway is ready to roll. I bet they still have to put the trains together and shit like a piece of Ikea furniture while the tunnels are probably not even dug all the way out and the rats are still getting used to their new surroundings. But Cuomo is still going to make de Blasio scramble to get that shit up and running in his city after de Blasio dragged his feet and allowed Lefty The One-Antler deer to die last week. Straight up politics wars out here in the streets. Cuomo gets to grab the headlines the week before Christmas and then everyone forgets about the subway’s supposed debut in the hazy week between Christmas and New Years followed by everyone blaming the Mayor of New York City that didn’t even make the promise on January 2nd. Politics 101. Which is why despite this announcement, I remain as confident as ever that the Second Avenue subway is going to be like Dr. Dre’s Detox. It’ll probably come out under a different name after its 500th delay and suck. When it opens in 2025.