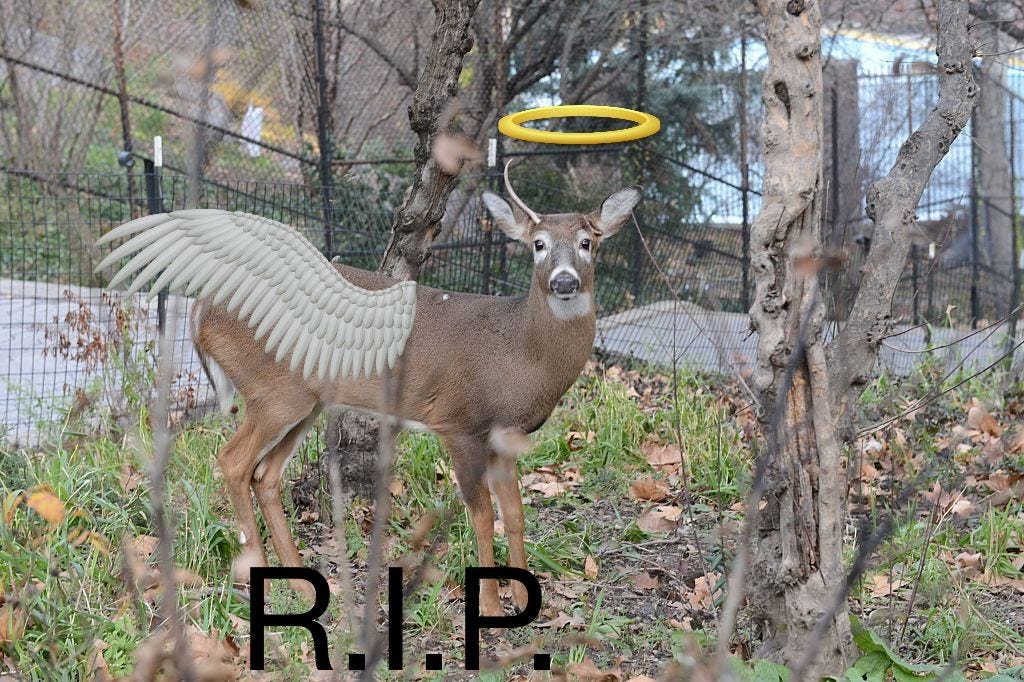 NYDN- The uptown deer that captured Harlem’s heart was killed by the battle to save its life. Two days of in-fighting between City Hall and Albany ended abruptly Friday with the death of the single-antlered buck dubbed Lefty — and each side blamed the other for the loss of the deer-ly departed. The city planned to euthanize the four-legged guest until Gov. Cuomo intervened, big-hoofing Mayor de Blasio into pulling the deer off Death Row and turning him over to state officials.

But the animal’s new lease on life expired quickly, with Lefty taking his final breaths around noon in a Harlem animal shelter to ignite the latest round of fingerpointing between the feuding sides. According to city officials, the white-tailed deer died an unnecessarily stressful death while waiting for the self-appointed state rescuers to arrive. “As I had said earlier, it was the city’s preference that we humanely euthanize this animal,” said Parks Department spokesman Sam Biederman. “The death of the animal indicates it would not have survived the transportation and relocation.” The Cuomo camp in turn implicated Team de Blasio, insisting an offer to transport the deer to a new “suitable habitat” somewhere north of the city was made Thursday and ignored until Friday. “The city did not accept our offer until just before noon (Friday), and while we were arriving on scene the deer died in the city’s possession,” said state Department of Environmental Conservation spokesman Sean Mahar.

At this point I almost have to respect de Blasio for embracing his role as a supervillain. He knows everyone in the city hates him and he’ll never get re-elected, so he might as well go full-blown asshole like Martin Shkreli. Motherfucker was ready to take Lefty behind the woodshed the minute he crossed city limits. And I don’t want to hear about how Lefty died from stress. Lefty died from being stuck in a city where the only thing he could consume was garbage water and trash. Lefty’s mind was strong but his body was too weak from a lack of nutrients due to ingesting pure grime for two days. de Blasio just waited him out. Goodnight sweet prince.