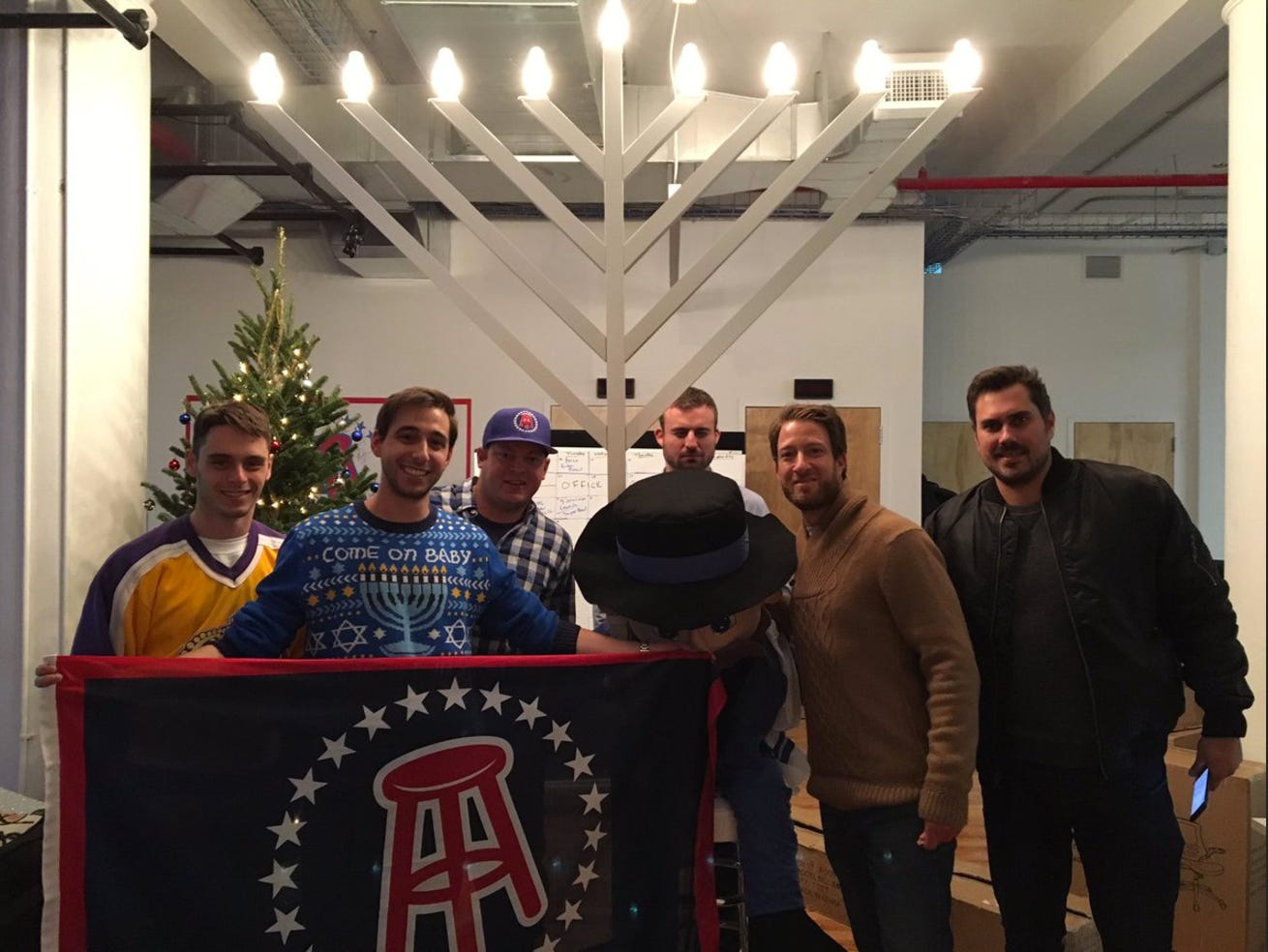 This is a full response to KFC’s FIRE blog earlier which was almost as hot as the Holocaust. Borderline must read.

The very nice people who delivered the massive Menorah for Pres’ Jewpolian complex asked to take a picture with the remaining Barstool people left in the office. I complied as any nice, normal person would. As did fellow Gentilian Riggs. Little did I know a simple snapshot would crucify my entire reputation. No, people, I am NOT a Jew. I do not want to be associated with these chosen people, but not for the obvious reasons – (Click here for reference). I’m simply offended. I didn’t sit through a decade of listening to housewives with false realities preach in CCD for this. You’re looking at a man who was required to go to mass every week and was shaped by the hypocrisies of Roman Catholicism. I’ve wasted too much time hearing about how I’m going to hell to switch to any other teams mid-season. Nope. Some people are proud of their religions. Hell, Pres wears his beige Yamaka around 24/7. I’m just too far down the rabbit hole of my own pointless existence to be associated with any other religion at this point.

Although having a prime seat at the Jew table doesn’t seem that bad. You get a free vacation to Israel through Birthrite, could make connections with my new found big wig brothers in Hollywood, and eventually retire while complaining all the way to Florida on a pretty nest egg. What’s there not to like besides the whole fear of genocide thing? It could be the Final Solution, if you will, to all my problems. Plus I can pull a Tim Wately and double my joke repertoire like THAT. I got Adam down, now we only need to change the last name to Goldsmith and we’ve got it made in the shade.

Oh, well. For now I am not in the club. But least my girl Siri has always called me by the name God intended:

I may not be Jewish, but nobody has confirmed to me yet that I’m not Jesus.