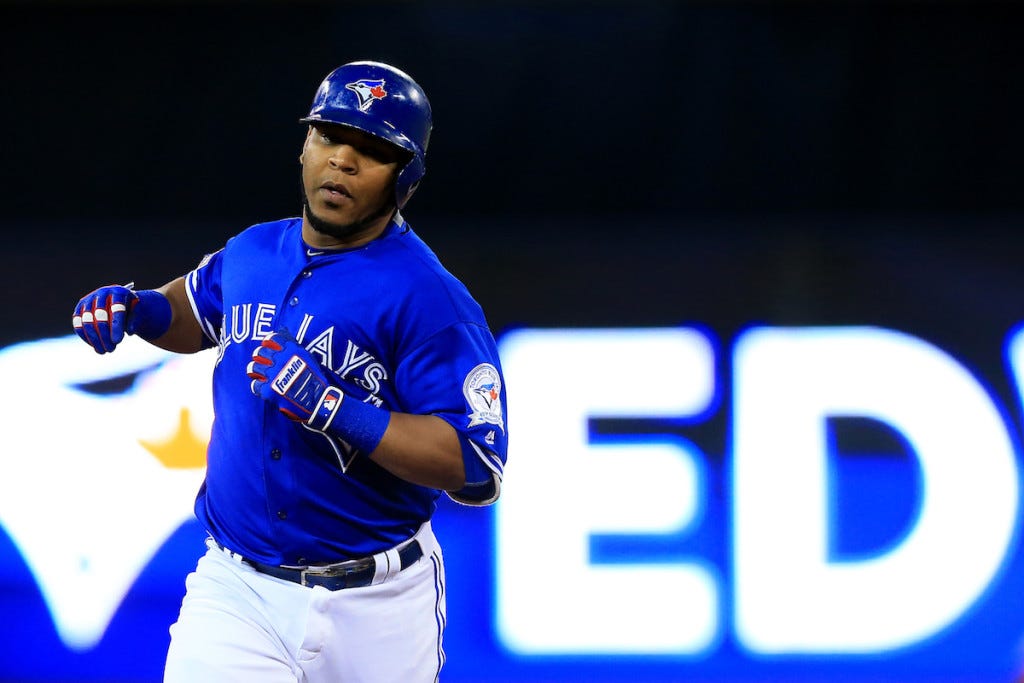 We don’t have to go into too much detail this time around, just because we’ve been over this so many times, but Edwin Encarnacion came into this offseason with a sizable amount of suitors, which has whittled down to the bottom of the barrel from that original group.

The Astros, Yankees, Red Sox, Blue Jays, Rangers, and Indians all appeared to be prime landing spots for the slugger, but one by one, they all moved on to other options. Well, at least most of them did. Of the teams remaining as known suitors for Encarnacion, it’s down to the Rangers and Indians, and neither of them appear to have the money or the desire to spend it on the soon to be 34-year-old. Speaking of teams that don’t have the money or the desire to spend, apparently Encarnacion’s market has tanked so much that the friggin’ Oakland A’s have now considered making a move here.

The Oakland A’s are thinking about stepping out of their small-market persona and are at least considering a run at Edwin Encarnacion, the top free agent remaining on the market.

Encarnacion is fielding interest from several teams, and some of them are just bargain hunting since the great slugger is still looking for a suitor after initial talks broke off with the Blue Jays, who have maintained some contact with Encarnacion.

It isn’t known whether the A’s are just one of the likely bargain hunters at this point, but they’ve occasionally stepped out of character, like when they made a bold run at Adrian Beltre, offering him $65 million before he went to the rival Rangers for $80 million plus an option that took him to $96 million.

Aside from the amount of money that it would cost to sign Encarnacion, it would make sense if buying teams are backing off because they don’t want to give up a first-round draft pick, especially since this is the last year that teams would have to do so with the new CBA going into effect next offseason. However, the teams with a top 10 draft pick are protected from having to forfeit their pick if they were to sign a player who has been made a qualifying offer, which means that the A’s are protected from having to give up their first-round selection if they were to sign Encarnacion.

But I’m not even going to get into the odds of Encarnacion ending up in Oakland. The real story here is that holy SHIT his market has totally tanked. I remember when the Blue Jays made him a four-year, $80 million offer, and when Encarnacion turned it down, I was like, no shit he turned it down. Dude’s about to get PAID. Here we are a month later, and the latest update we’ve gotten is that no team is even willing to go three years, $60 million for him. I’d imagine that Encarnacion can’t be too pleased with his agent at the moment, nor should he be.

Encarnacion set his asking price at five years, $125 million at the start of the offseason, and now his market has fallen so far that the organization that had a book written about how cheap they are, complete with a movie adaptation, is thinking that they might actually have a shot to sign him. Yikes.