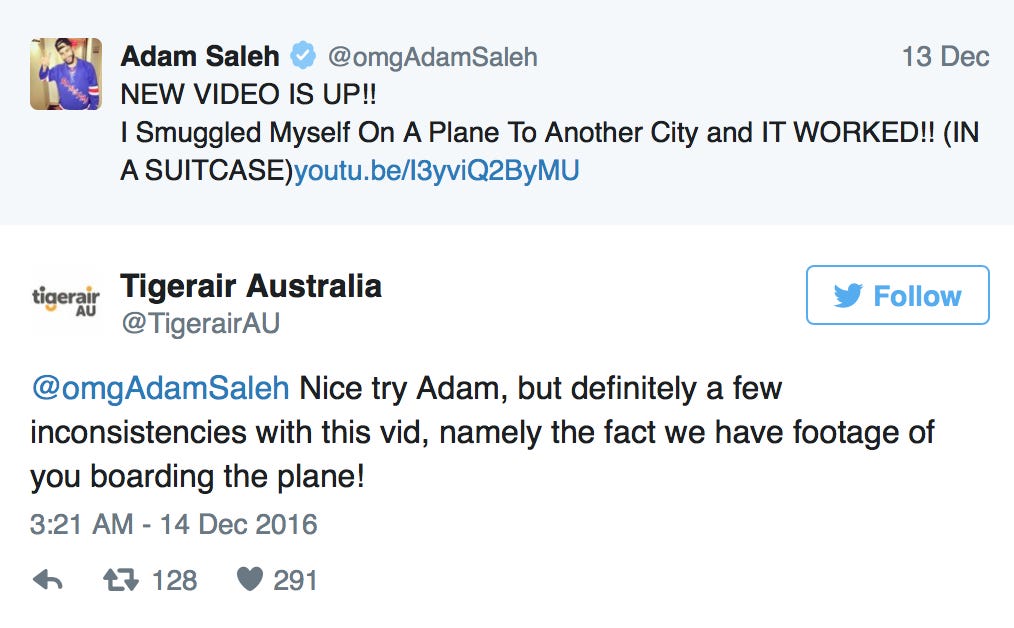 Get rekt son. Did I watch the whole video of that dumbass pretending to pack himself into a piece of luggage? No I did not. 11 minutes is wayyyyyyyyy too long for me to watch a fake video. Fake news is all the rage right now and I guess that means fake viral videos too. That’s nothing new I suppose. Shout out to that airline for dunking on him though. Nothing makes me happier than seeing a YouTube star get called out on their bullshit. Remember when crazy pranks were all the rage and then it turned out that every single one of their videos was fake? That’s like main-lined ecstasy to me. Or how about the pranks that weren’t even really pranks? Hey we’re gonna MURDER your best friend in front of you too see how you react! LOLOLOLOLOLOL. Bottom line is the more that these fake viral fuckers get called out, the better the internet will be for all of us.

PS- How do guys like this react when they get called on their bullshit? Does it not even bother them? I feel like it doesn’t which might be the craziest part. If I were them I’d never leave the house again.