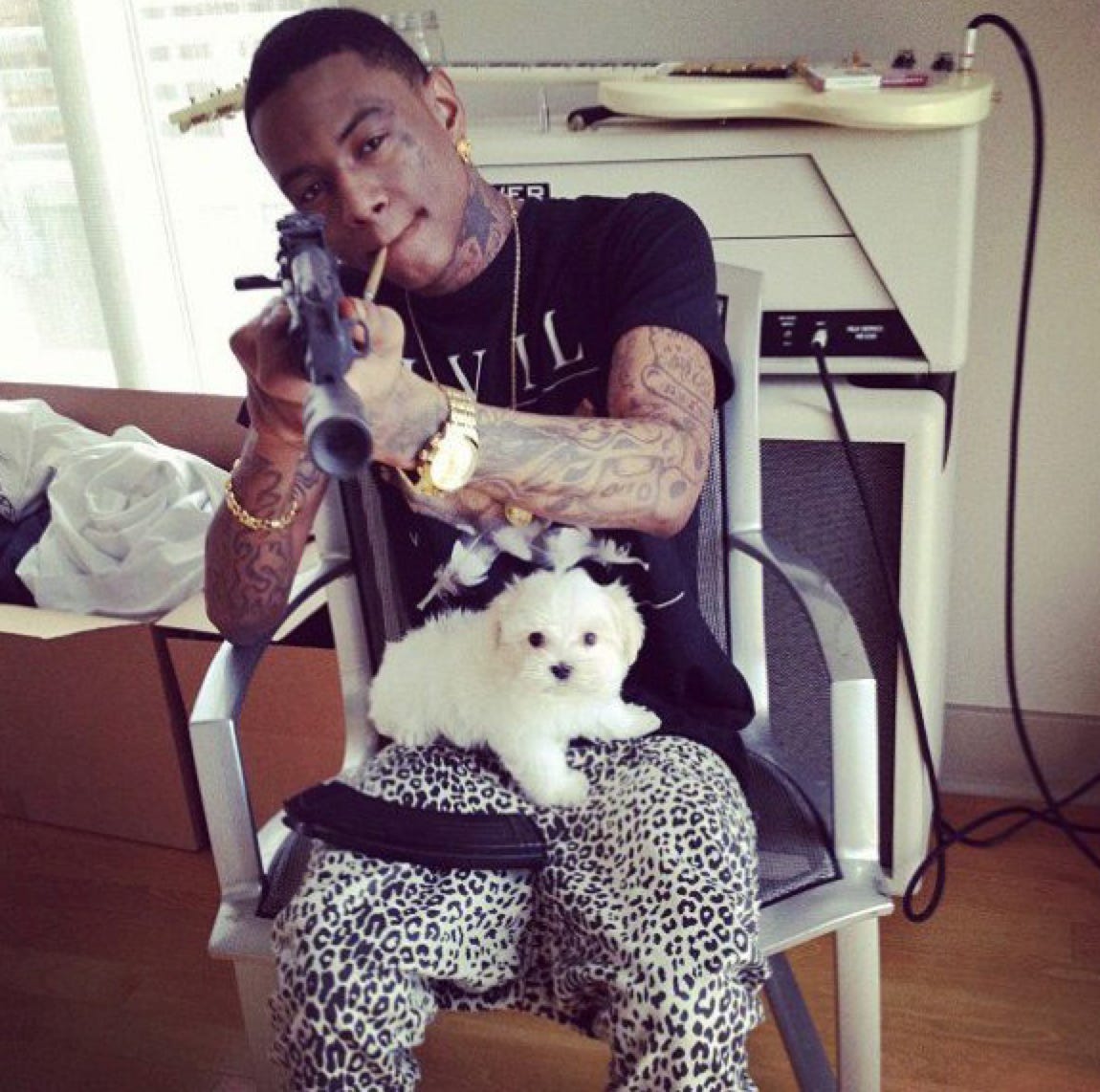 XXL- Soulja Boy has been arrested for violating probation. On Thursday (Dec. 15), police searched Soulja’s Hollywood Hills home and found a gun, according to TMZ. Law enforcement sources tell TMZ they received a Crime Stoppers tip that SB had been threatening other rappers online with guns. Allegedly, cops showed up, searched the premises and found the weapon. Of course, Soulja isn’t supposed to have any guns on him. If you remember, Soulja Boy got two years probation in 2014 for possession of a loaded gun. For those who aren’t familiar with that original case, Soulja was riding around in the passenger seat of a vehicle that was pulled over in the San Fernando Valley in early 2014, but he denied having any connection with the firearm. Soulja’s manager claimed the rapper’s neighbor left the gun under the car seat without him being aware.

What an idiot! What an idiot! Good! Good for us Shia supporters in their rap beef. There was once upon time in the hip hop game where getting arrested on gun charges during an ongoing beef was good for the artist who got arrested. It meant they were taking it seriously and were prepared to gun someone down over respect and their livelihood. Unforutnaltely for Soulja that shit doesn’t fly anymore. It most certainly doesn’t fly when the reason people found out you had a gun in your house was because you were threatening people on the internet with it. That’s a bad look for a hardcore gangster such as yourself, Soulja. Hey I have an idea. Maybe instead of threatening strangers on the internet with a gun you should make a rap song dissing Shia. What an idea.

And yes, I saw Soulja’s comments about wanting a truce

“Only way that I give Shia LaBeouf a pass, he got to put me in the next Transformers movie. Put me in the movie,” Soulja Boy snapped in a social media post. “Put me in something. Put me in a TV show, and you can come to Atlanta, and I’d do a song with you and we squash the beef.”

THEN DO IT ALREADY. Stop begging for a job from the guy who’s dissing you left and right and write a damn rap song. That’s what you’re supposed to be good at. Again, you won’t. Even if Soulja wrote a response today (well he can’t because he’s in jail), it’d be too late. This thing is over and has been over. Soulja Boy not responding and then asking for Shia to give him a job means this thing is done. Pretty sad day for hip hop when one of its members gets lapped by Louis Stevens but that’s exactly what happened. Big W for #TeamShia over here.