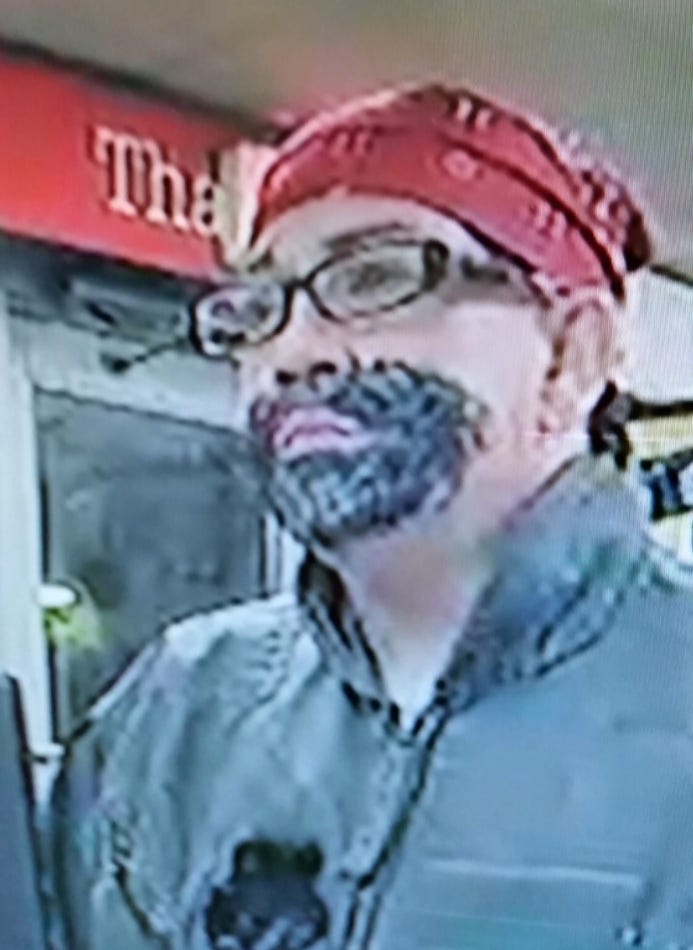 WPTV- The Pasco County Sheriff’s Office is searching for a gas station robbery suspect who was caught on camera with what appears to be a drawn-on beard as a disguise. The incident happened at the Holiday Gas Station located at 1937 US 19 in Holiday. Deputies describe the suspect as a heavy-set white male in his 30s or 40s wearing a red bandana, long dark hair up in the bandana and a green military-style pilot jumpsuit. The suspect was wearing clear gloves and left the scene in a tan or brown Toyota extended cab truck and headed south on US 19. It is unknown if the suspect got away with any cash.

Some people would clown this guy for such a rudimentary disguise, but not I. The reason you rob a gas station is because you want to make money without working hard for it. It’s the reason we all get butterflies in our stomach when we pass an unattended armored car and why every state’s lotto business is booming. Wearing a fancy disguise goes against everything gas station robbers believe in. If you want to rob a bank, buy a nice fancy mask or go Danny Ocean on those bitches and come up with a plan that would make Kevin McAllister proud. But gas station robberies should require no more than a beard made out of marker and Prison Mike’s road alternate bandana. Anyone that robs a gas station with more effort is just a try hard dickhead.