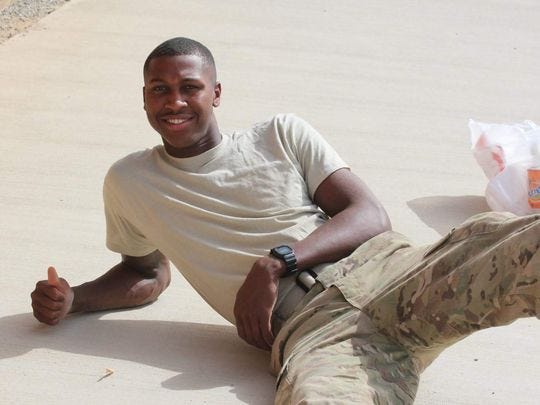 You might remember the name Isaiah Brock. He was the Army vet that Kmarko blogged about earlier this year who was ruled ineligible due to academic issues from high school. Not only is he an Army vet who aided in bringing fallen heroes back home. Not enough for you? He was also shot at while in Afghanistan.

Needless to say the NCAA realized they done fucked up and made him eligible after an appeal from Oakland. A lot of people didn’t think he’d play a ton this year, but we’re all idiots. He’s currently playing 19 minutes a game and putting up 7 points and 6 rebounds per. Oakland is also 9-1, with the sole loss being a 4-point loss to Nevada.

Awesome to see Brock playing well as he’s a guy everyone can cheer for. Sorry to the rest of the Horizon League, but I’m hoping Oakland wins the league so we get to see him in the NCAA Tournament.