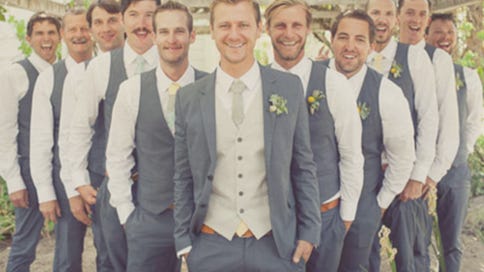 Miltons is going to hook up your entire wedding, up to 8 groomsmen, with all the gear they need. Send in your email to pimpmylook@barstoolsprts.com and we’ll have stoolies vote for the winners. We’re loading up right now for the next Pimp My Wedding Contest so if you are getting married next Spring/Summer send in your nominations. The next winner will be announced December 30th. 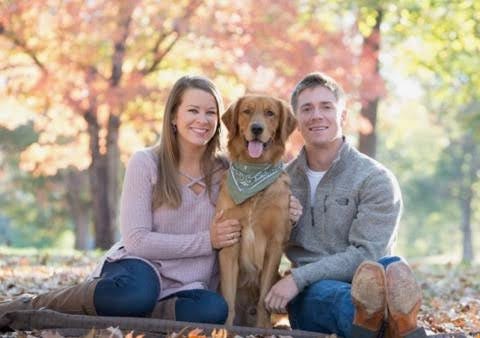 Meet Andy, the epitome of a hardworking, middle America gentleman. Andy is an ex collegiate baseball player that is now in med school & is, as the kids would say, broke AF. He says he plans to go orthopedic, but my money is on him practicing some type of holistic proctology BS medicine someday, we’ll see. He is getting married to the woman of his dreams (Reagan) in July of next year & honestly I couldn’t be more jazzed up about it, bear with me & I’ll tell you why.

So, I categorize women into two categories: women that eat fried bologna & women that don’t eat fried bologna. The women that eat fried bologna being the keepers that you’re looking for. I can explain the science/math behind this some other time. Is it a perfect system? No, but it’s damn close. Anyway, Andy & his fiancée come visit me in Dallas & they crash at my place after a rowdy night out on the town. I’ll pause here to mention that when Andy & Reagan go out, they turn into this drunken super couple that operate under the aliases Randy & Tina. Just the best team that you want to get drunk with: got your drinks, cabs/ubers, late night grub, etc. Again, the best. So, we make it back to my place & we call it a night.

Preemptively, I’d picked up some bologna & was planning on frying some up for breakfast & you know, testing Reagan. However, prior to me coming back to consciousness, Reagan is already up & cooking breakfast. My door opens & in she walks carrying fried bologna & pedialyte & says “pound this, we’ve gotta shotgun in 15.” Now, if I was a teacher grading this, I would mark this performance as “Exceeds Expectations” or as El Pres would say something along the lines of “and then I cummed myself to the moon.” It’s in this hungover haze that I realize Andy is onto something here & he really needs to not dork this up.

So, really what I’m trying to say is, please, for the love of god, vote for Andy. This guy truly needs all the help he can get to help keep up with this gem of a fiancée he’s landed. If he was any farther out of her league, he’d be Goodell examining footballs with a magnifying glass. On a serious & final note, this would be a huge win for a devoted stoolie & all around good dude.