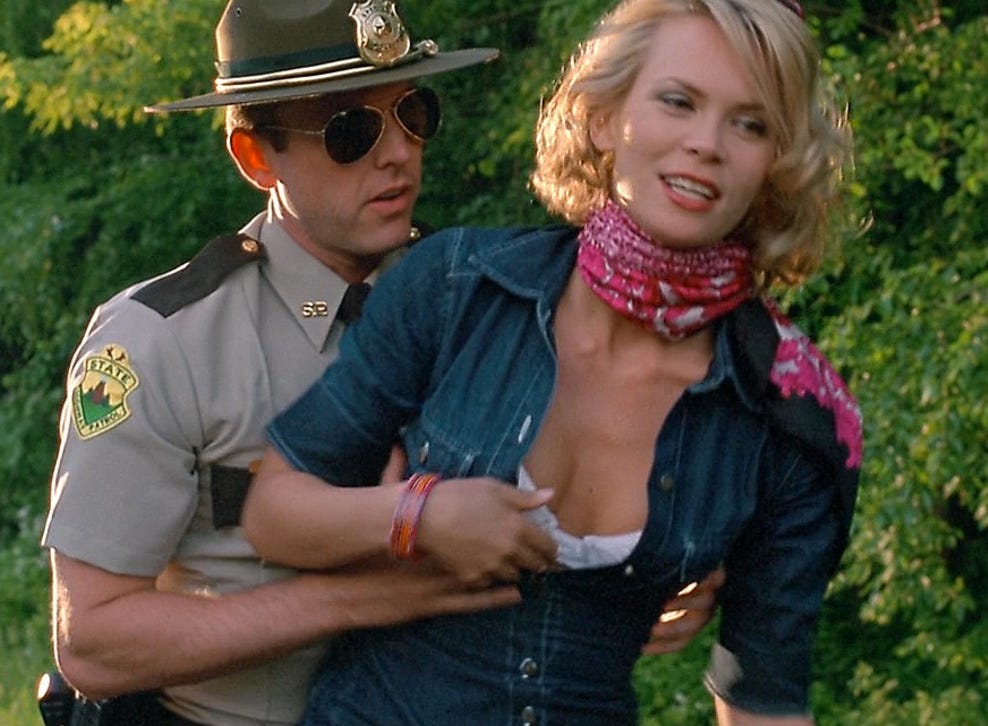 KXLY - A State Trooper was arrested Friday after authorities found out he was pulling women over to ask them on dates, The Associated Press reports.

New Jersey state police were alerted to Marquice Prather’s activity after several women complained. Prather allegedly turned off his wireless microphones after targeting women between the ages of 20 and 35, and asking them for their phone numbers during stops.

Prather is being charged with falsifying and tampering with public records to cover up his behavior.

He has been suspended without pay.

You know what the problem here was? It wasn’t that he was pulling women over to ask them out, it’s that he was pulling women over and being TERRIBLE at asking them out. Women love being asked out on dates. Women don’t love when guys are fucking weird and terrible about asking them out on dates. Trust me, I know this all too well. Stammering and stuttering and making bad jokes, so much cringe it hurts. If he was smooth, this wouldn’t be an issue. He’d be like “m’am, do you know how fast you were going…into my heart” and she’d swoon and they’d go to Applebee’s later that week. Instead he probably was talking about mustache rides and z-jays, and you can’t jump right into mustache rides and z-jays off the bat, this ain’t Hollywood. So now our guy is suspended without pay for simply shooting his shot, which is unfortunate. What’s the point of being a cop and having a badge if you aren’t going to use it to try to fuck? Seems like part of the job to me, it’s really the least we can do for our guys in blue.