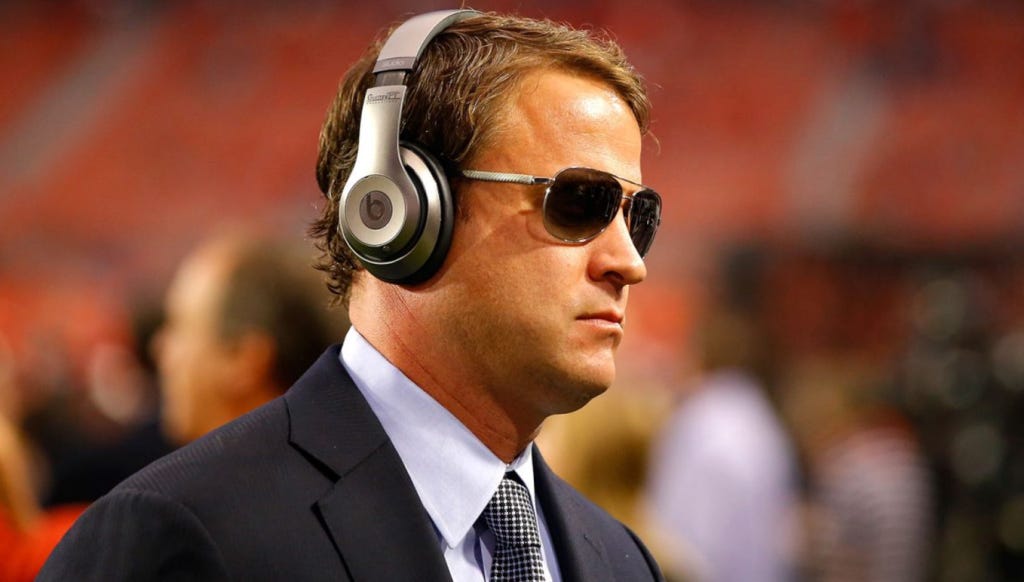 FOX – When Lane Kiffin was announced as Florida Atlantic’s new head coach, the first thing everyone wanted to know was whether he really was a changed man. Did he really learn under Nick Saban? Or is he the same guy who committed NCAA violations at Tennessee and always seemed to find himself in the news for all the wrong reasons at USC?

Well, we began to get that answer on Wednesday, and it isn’t necessarily a good look.

Does that name sound familiar? It should.

Johnson was kicked out of Florida State in the summer of 2015 after he was caught on video striking a woman in a Tallahassee bar. He eventually pleaded guilty to misdemeanor battery charges in a story that made national headlines.

Interesting first move by Lane Kiffin. Under a bunch of scrutiny for leaving Alabama to go coach Florida Atlantic, firmly in the college football spotlight, and the very first order of business is to sign a kid kicked out of FSU (which is virtually impossible) for smashing a girl in the face in a bar.

Now to be fair to the kid – he 1) did claim she called him the N word, 2) got punched in the face first, and 3) went on Good Morning America and gave a sincere apology. Not that any of that makes it right, I’m a firm believer that outside of like, having a gun to your temple and absolutely needing to do it to save your life, you just have to take whatever a female dishes out at you without hitting her. That’s part of being a man. There’s no excuse for that haymaker from Johnson that you see in the video.

But I also usually believe in second chances and don’t think your life should just instantly end after making one mistake. So I guess we’ll see how De’Andre works out at FAU and I definitely won’t villainize Kiffin for giving him a shot, just so long as if anything even remotely questionable happens between him and a woman he’s gone faster than Lane swipes through Tinder matches.