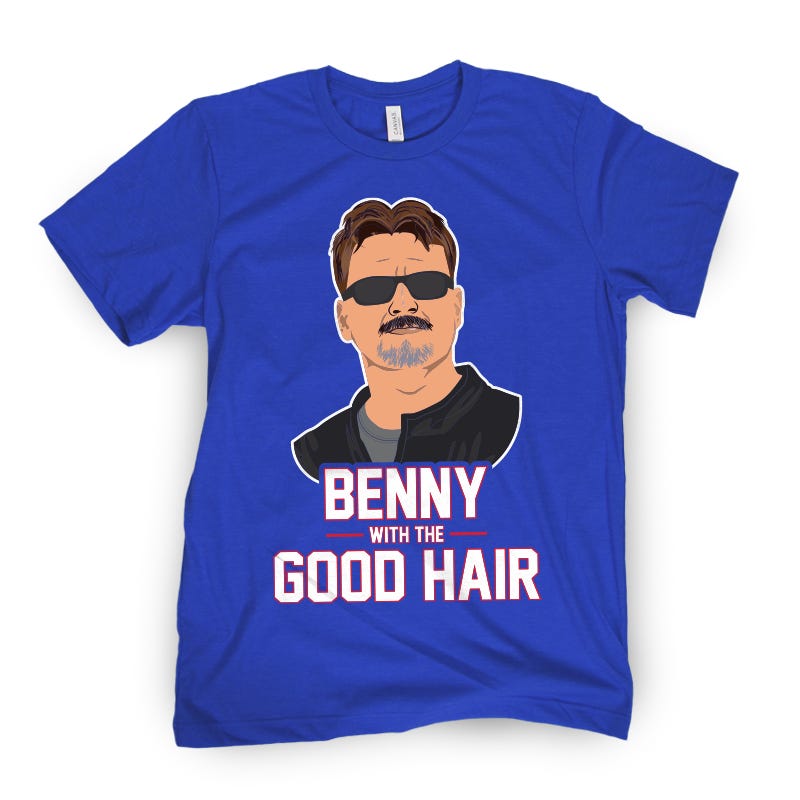 NY Post- Ben McAdoo, in response to New Jersey Governor and Cowboys fan Chris Christie, cracked up his Giants when he showed up at Wednesday morning’s team meeting as … Ben McAhairdo, The Post has learned. “He just walked in with a shirt that said, ‘Benny With The Good Hair.’ It had a picture of his face on it with good hair,” a Giant told The Post, in an apparent reference to the Beyoncé song “Sorry,” in which “Becky with the good hair” is alluded to.

McAdoo explained the Christie story to players who were unaware the New Jersey governor had mocked his appearance while co-hosting a radio show. “If you guys watched the news, you probably heard this thing,” McAdoo told them. “This is what I think of it.” Christie had gone on Boomer & Carton Tuesday and said: “Do you think Ben McAdoo will get a real haircut if they make the playoffs?” When Carton mentioned the hairstyle of Raiders owner Mark Davis, Christie said: “That bar is really low. At least you don’t have to see Mark Davis every week on the sideline every week. That McAdoo haircut and cheesy mustache.”

McAdoo was asked about the remark during his Wednesday press conference.
When asked later at his press conference about Christie, a stone-faced McAdoo said: “Again, Matt Stafford does a nice job, someone that we really need to pay attention to, especially late in the ballgame, he can get hot on us.” Asked if Stafford was the name of his hair stylist, McAdoo offered: “They’re playing well up front on defense, they can get after the quarterback.’’ Christie’s beloved Cowboys are 11-2, but were swept in the season series by the Giants, the team that plays in New Jersey, Christie’s state.

I need to see a pic of Benjamin Lee McAdoo looking sexy as fuck in a Benny With The Good Hair shirt more than I need a diet. Need. It.

Live look at Chris Christie’s reaction to this story:

Do they make bodybags at the big and tall store? Because if so, Benny Mac just shoved Chris Christie and his FUPA inside of one. Basically pulled a B Rabbit “Here tell these people something they don’t know about me” move from 8 Mile while also completely blowing Christie off with the Stafford responses. Seriously, has anyone caught more L’s this year than Chris Christie? Okay Hillary Clinton is probably in the discussion along with basically anyone with a big stake in the Browns winning football games. But other than that, Chris Christie has to be at the top of the list. Front-running ass Cowboys fan that watched his football team go 0-2 against the team that plays in his backyard just like he went 0-for-whatever in Trump cabinet positions. And then Benny takes Christie out at the knees by wearing a Benny With The Good Hair shirt.

But that’s what happens when you fuck with Ben McAdoo. You aren’t poking the bear. You are poking the mad scientist. Someone that will wear a shirt with his own face on it and wash it down by going home and watching videos of people getting mauled to death by the lion they trained. All while probably laughing his ass off at the moon like a legit crazy person. I hope that when the Giants win the Super Bowl, Benny Mac invites Chris Christie under one condition: He does the Truffle Shuffle. But considering what we’ve read about the way Benny motivates his team in the past, Christie will be lucky for that to be his punishment. Benny probably will lock him in a room like a Saw movie and make him eat his own face off just so Christie can get a glimpse of the next Lombardi trophy.

And while I can’t help you with the incredible haircut or the GOAT goatee of Big Blue’s fearless leader, I can help you get your hands on the same shirt that the 2016 NFL Rookie Head Coach Of The Year wore today. 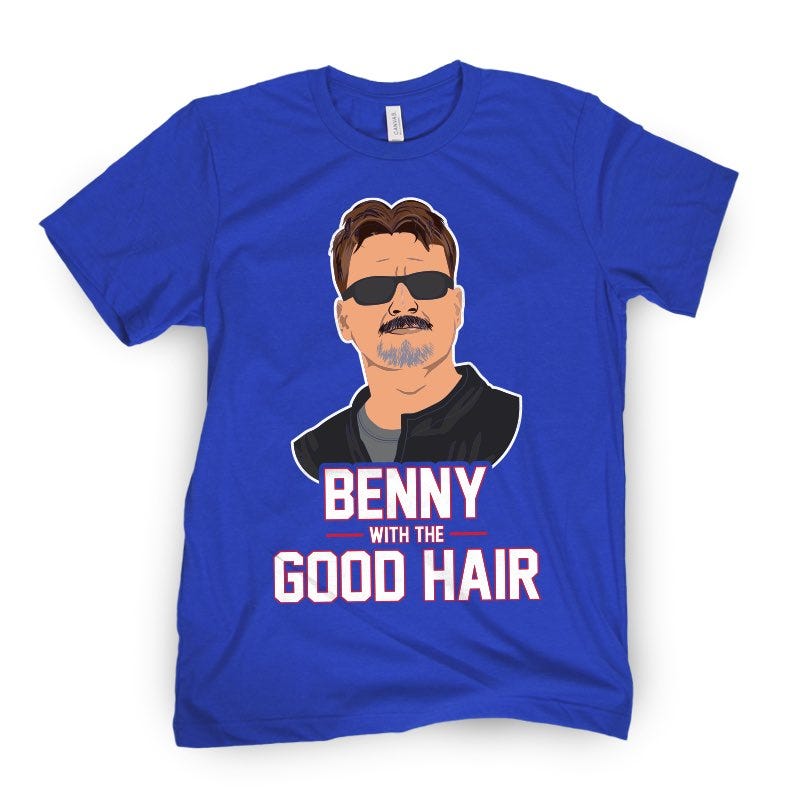 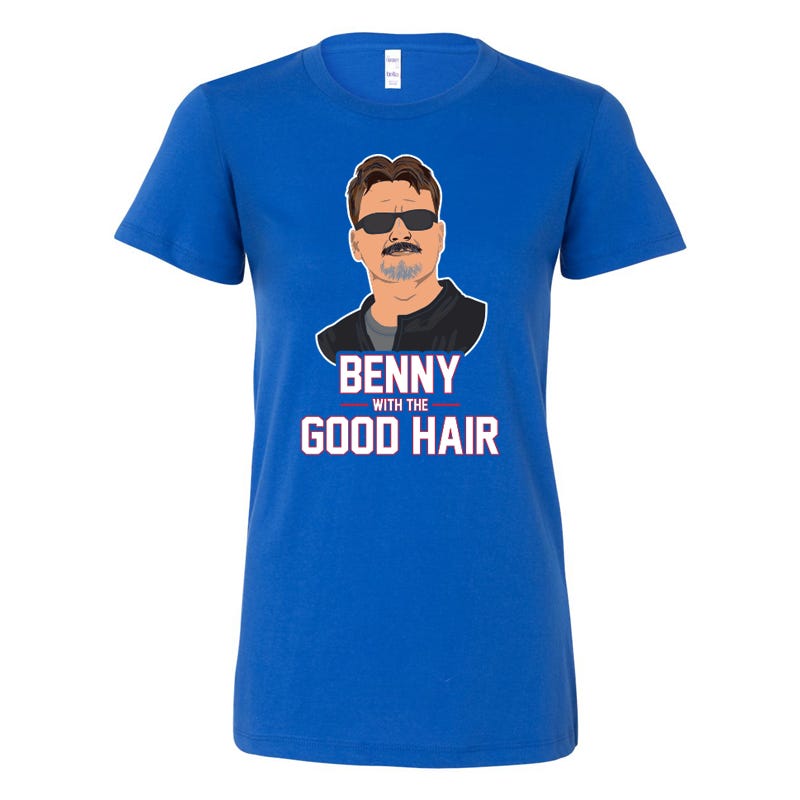