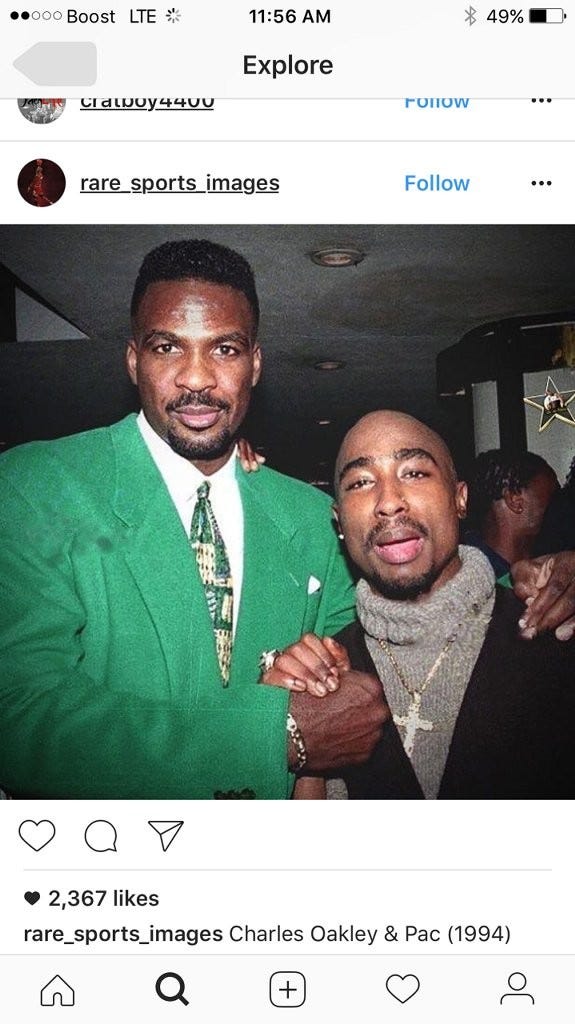 Nothing like seeing two of the baddest motherfuckers from the 90s and two of the biggest influences in my life chopping it up back in the day drop out of the blue on Twitter. Pac with a gigantic crucifix the size of the one Jesus died on and The Oakman rocking a jacket like he just won the Masters. What a magical time for fashion and for the human race in general.

But you know what my favorite part of this picture is? The fact that Oak just straight up jacked this image from Instagram, didn’t crop anything out, and slapped it on Twitter. It’s almost like Deebo snatching the Red’s chain from Friday just because he wanted to. Does the fact that the screenshot also appears to have come from a Boost Mobile phone concern me? Yes, very much so. I need Charles Oakley to walk into the nearest Verizon store and tell them he needs the iPhone 7 with the most amount of memory available and then leave without paying. That’s what bullies do. Well that and drop the 2nd person on Twitter (using your nickname is the 2nd person, right? I’m pretty sure it used to be AIM screen name back in the day). 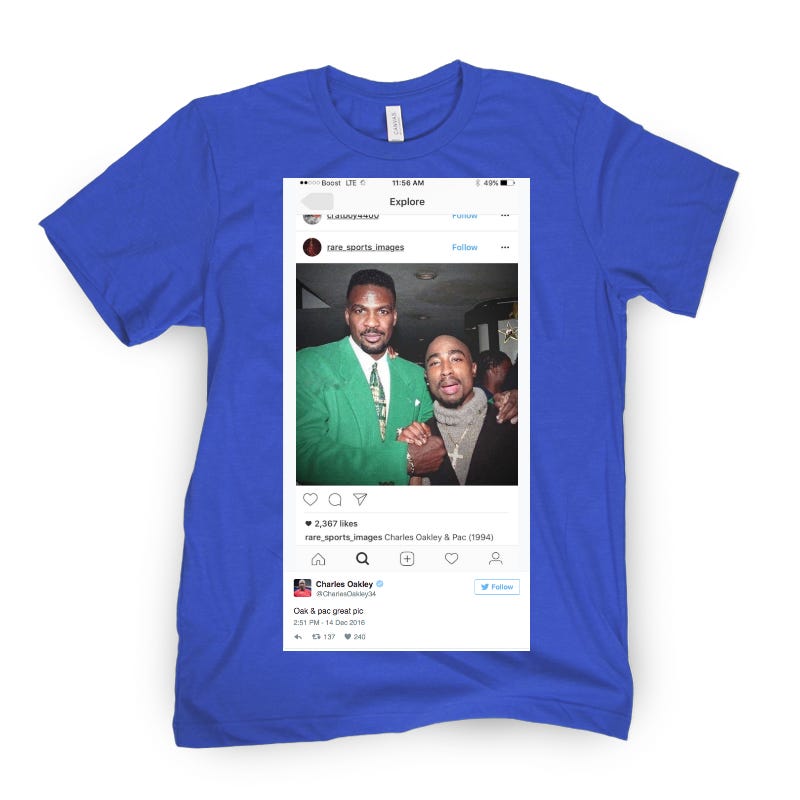 P.S. Still got it all these years later.