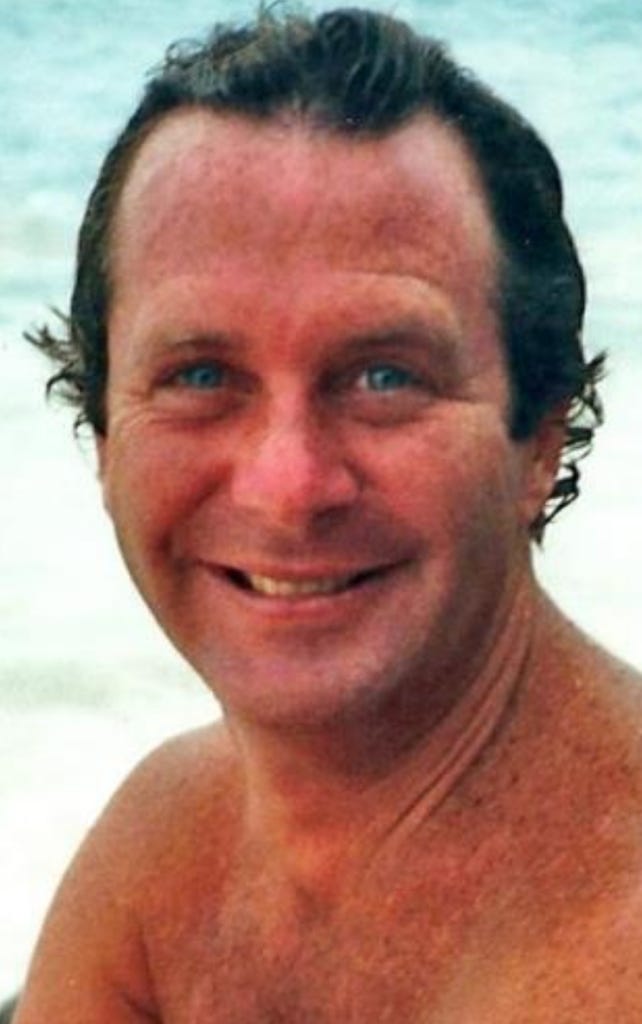 Chris Connors died, at age 67, after trying to box his bikini-clad hospice nurse just moments earlier. Ladies man, game slayer, and outlaw Connors told his last inappropriate joke on Friday, December 9, 2016, that which cannot be printed here. Anyone else fighting ALS and stage 4 pancreatic cancer would have gone quietly into the night, but Connors was stark naked drinking Veuve in a house full of friends and family as Al Green played from the speakers. The way he died is just like he lived: he wrote his own rules, he fought authority and he paved his own way. And if you said he couldn’t do it, he would make sure he could.

Most people thought he was crazy for swimming in the ocean in January; for being a skinny Irish Golden Gloves boxer from Quincy, Massachusetts; for dressing up as a priest and then proceeding to get into a fight at a Jewish deli. Many gawked at his start of a career on Wall Street without a financial background – but instead with an intelligent, impish smile, love for the spoken word, irreverent sense of humor, and stunning blue eyes that could make anyone fall in love with him.

As much as people knew hanging out with him would end in a night in jail or a killer screwdriver hangover, he was the type of man that people would drive 16 hours at the drop of a dime to come see. He lived 1000 years in the 67 calendar years we had with him because he attacked life; he grabbed it by the lapels, kissed it, and swung it back onto the dance floor. At the age of 26 he planned to circumnavigate the world – instead, he ended up spending 40 hours on a life raft off the coast of Panama. In 1974, he founded the Quincy Rugby Club. In his thirties, he sustained a knife wound after saving a woman from being mugged in New York City. He didn’t slow down: at age 64, he climbed to the base camp of Mount Everest. Throughout his life, he was an accomplished hunter and birth control device tester (with some failures, notably Caitlin Connors, 33; Chris Connors, 11; and Liam Connors, 8).

He was a rare combination of someone who had a love of life and a firm understanding of what was important – the simplicity of living a life with those you love. Although he threw some of the most memorable parties during the greater half of a century, he would trade it all for a night in front of the fire with his family in Maine. His acute awareness of the importance of a life lived with the ones you love over any material possession was only handicapped by his territorial attachment to the remote control of his Sonos music.

Chris enjoyed cross dressing, a well-made fire, and mashed potatoes with lots of butter. His regrets were few, but include eating a rotisserie hot dog from an unmemorable convenience store in the summer of 1986.

Of all the people he touched, both willing and unwilling, his most proud achievement in life was marrying his wife Emily Ayer Connors who supported him in all his glory during his heyday, and lovingly supported him physically during their last days together.

Absolut vodka and Simply Orange companies are devastated by the loss of Connors. A “Celebration of Life” will be held during Happy Hour (4 p.m.) at York Harbor Inn on Monday, December 19.

Once every few months or so the internet has an obituary go viral but this is UNDOUBTEDLY my favorite on yet. From the opening line to the closing, it’s a tour de force on how to do a someone died post. From dying of stubbornness and whiskey to his children being “failed birth control tests” to Absolut vodka being devastated at the loss, Chris Connors just did it right.

You know why that is? It’s because he’s Irish. The Irish are the only people who know how to live so they’re the only ones who know how to die. Don’t die all depressing and shit and make everyone sad, die having fun. Make sure the wake is a party (Irish wake), make sure the funeral is a party (Irish funeral), and make the obituary fun. I can’t definitively speak for the first two but I’m willing to bet Chris Connors and his family and friends will make sure every one of those boxes is checked.

In fact, I’m gonna be home this weekend anyway so I’m sincerely considering heading up to Maine and hitting that “Celebration of Life” Happy Hour. Guaranteed it’s gonna be the party of the year.

RIP Chris, you did it right, my friend.