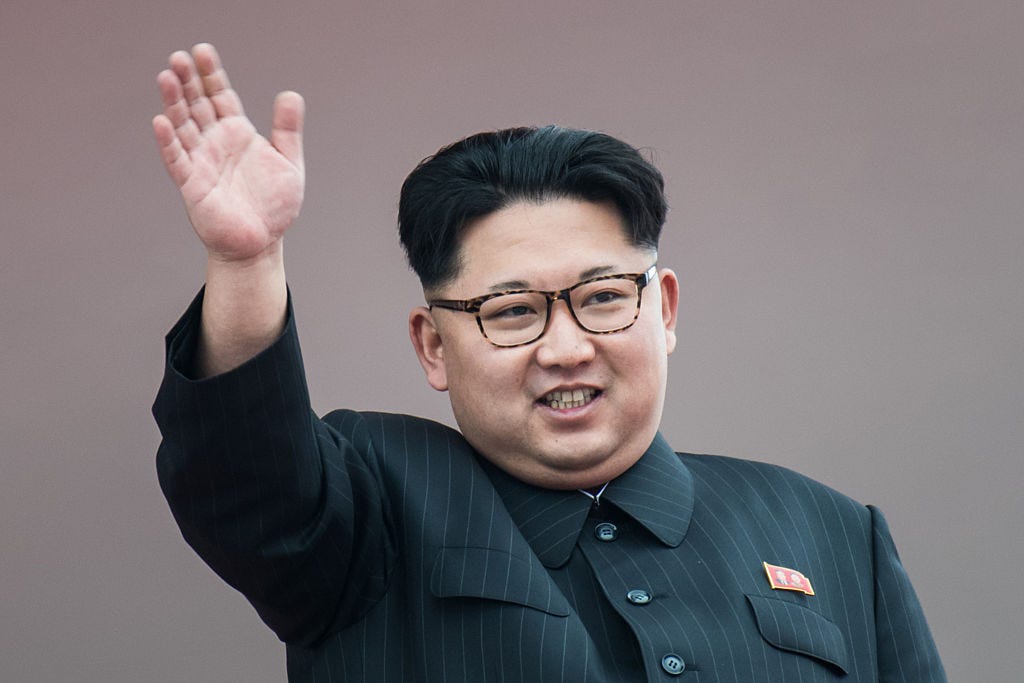 Fox News – Kim Jong Un is not a happy drunk.

The ruthless North Korean dictator overindulged on spirits this September when he ordered several top military vets to write apology and self-criticism letters, according to a Japanese media report.

“That none of you were able to produce not even one military satellite is a misconduct that is commensurate to treason,” the sauced despot allegedly told his country’s top military brass during an all-night reprimand.

But the next morning, the tyrant was no longer inebriated and asked why the elderly officials were at his villa, apparently having no memory of his tanked-up tirade, UPI reported.

“Why are you gathered here?” Kim allegedly said, adding: “Be careful about your health because you are all old.”

Ahhh CLASSIC! Just another Kim Jong Un feel-good story. Barstool’s favorite ruthless dictator. Look if you’re going to be a vicious, suppressive, evil dictator that takes from everyone else and keeps for yourself, then you have to enjoy that life. You gotta live it up. You gotta have enough fun for the entire rest of the country. You gotta get so drunk you demand apology letters then forget about it in the morning. You gotta execute your top generals with antiaircraft rockets for yawning during meetings. You gotta ban sarcasm. He didn’t choose this life — it chose him. He was born into it.

Sneaky favorite part of this is KJU telling his top military guys “be careful about your health because you are all old.” Just exerting so much dominance with that line. Degrading the shit out of these guys. “Hey I was blackout totally forgot about this letter thing but hey PS you’re all old as fuck be careful.”

Love it. North Korea may still be holding and torturing that Virginia bro and may be working to nuke our west coast and may be tragically depriving their own people, but still have to love KJU. Guy totally gets it.